In 2018, we commemorated the 15th anniversary of the US President’s Emergency Plan for AIDS Relief (PEPFAR), of which CDC is a key implementer. PEPFAR collaborations have saved more than 17 million lives through the generosity of the American people and our partnerships with countries and communities around the world.

CDC-supported population-based HIV impact assessments (PHIAs) measure the reach and impact of HIV programs in PEPFAR-supported countries through national household-based surveys. PHIAs are the most comprehensive evaluation of national HIV outcomes and impact globally. Results from PHIAs are providing an increasingly complete body of knowledge regarding HIV epidemics around the world.

PHIA results indicate the progress that countries have made toward controlling their HIV epidemics. Progress toward the UNAIDS target for national HIV viral load suppression (73%) ranged from 40% in Côte d’Ivoire to 77% in Namibia. These results are driven by transparent, accountable, cost-effective, and innovative efforts, in which CDC is proud to have played a leading role. PHIA findings highlight important progress, as well as targeted work that remains to end HIV globally. For example, CDC is using data to identify effective approaches for finding and linking undiagnosed HIV-positive men to treatment and reaching more HIV-negative men with prevention services. 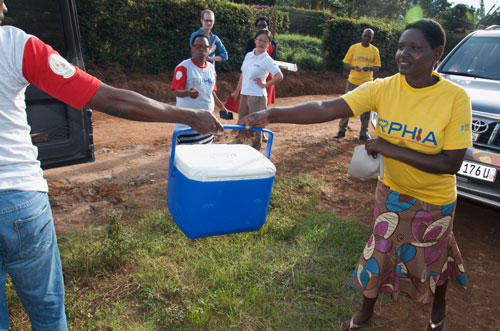 Research to Inform the Treat All Policy in India

In honor of 2018 World AIDS Day, CDC released an article in Morbidity and Mortality Weekly Report (MMWR) describing CDC and partners’ support of India to rapidly implement Treat All after its adoption in April 2017. Staff at 46 PEPFAR-supported ART centers in the six most populated districts of India worked to contact people enrolled in HIV care but not receiving ART. People reached through these efforts were educated about Treat All and tracked for ART initiation.

India scaled up activities nationwide to build capacity to implement Treat All. The MMWR article highlights that active tracking and tracing combined with education about benefits of early treatment can facilitate ART initiation and inform approaches to bring people with HIV to care. 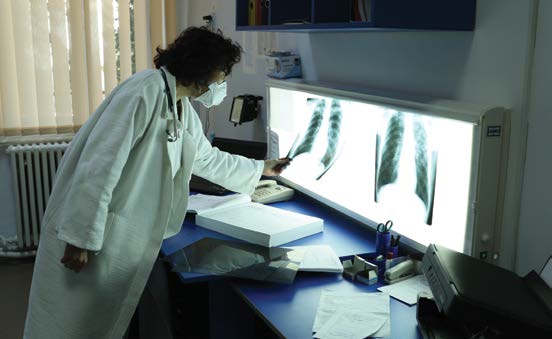 CDC is leading the way to address historical gaps in provision of life-saving TB preventive therapy (TPT) for those most vulnerable to TB, including people living with HIV (PLHIV). In 2017, fewer than one million PLHIV were receiving TPT globally. CDC’s goal is to increase that number to five million by 2020 with support from PEPFAR.

On September 26, 2018, the United Nations General Assembly (UNGA) held the first-ever high-level meeting on TB, only the fifth time that a high-level meeting has been called on a health issue. This meeting provided an opportunity to focus attention on the world’s leading infectious disease killer, a disease that took the lives of 1.6 million people globally in 2017.

A staggering 1.7 billion people—nearly one-fourth of the world’s population—are infected with TB. These 1.7 billion people are at risk of developing active TB disease, which can cause sickness and death and can be transmitted to others. TPT can reduce the risk that individuals exposed to TB will develop the disease. While people in high-risk groups, such as people living with HIV, children, and others with compromised immune systems, benefit greatly from TPT, fewer than 20% of people living with HIV and children received TPT in 2016.

To address these issues, more than 200 global health leaders and advocates attended Preventing TB to End TB, a CDC Foundation- and CDC-sponsored unofficial side event to the UNGA high-level meeting on TB. This event brought together government leaders from South Africa, India, and the United States; representatives from the world’s leading multilateral institutions; and prominent clinicians and advocates to speak about the importance of prevention to end TB and reach the ambitious targets outlined in the Political Declaration on the Fight Against TB signed at UNGA.

In partnership with the Botswana Ministry of Health, CDC developed and led the intervention protocol for the Botswana Combination Prevention Project (BCPP). BCPP aims to reduce HIV incidence among adults in 15 communities through a combination of proven HIV prevention measures.

Based on the success of BCPP, the government of Botswana adopted a number of successful BCPP interventions as part of its national guidelines.