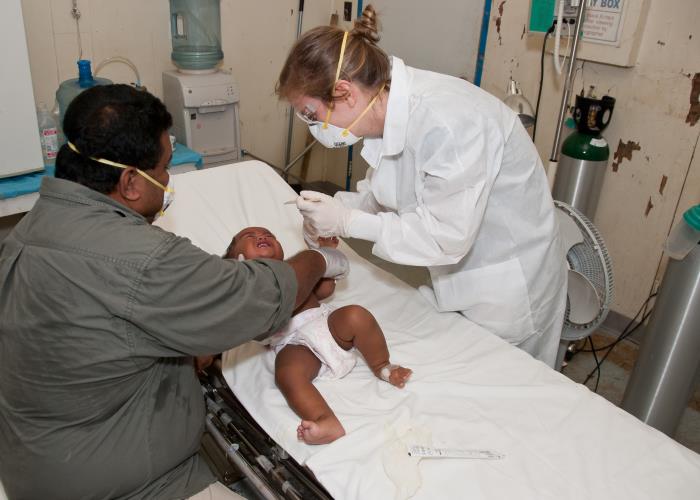 Measles is an acute viral infectious disease. References to measles can be found from as early as the 7th century. The disease was described by the Persian physician Rhazes in the 10th century as “more to be dreaded than smallpox.” Despite the fact that it is preventable through vaccination, measles remains a common disease in many parts of the world, including areas in Europe, Asia, the Pacific, and Africa.

What is the global impact of measles?

What is CDC doing? 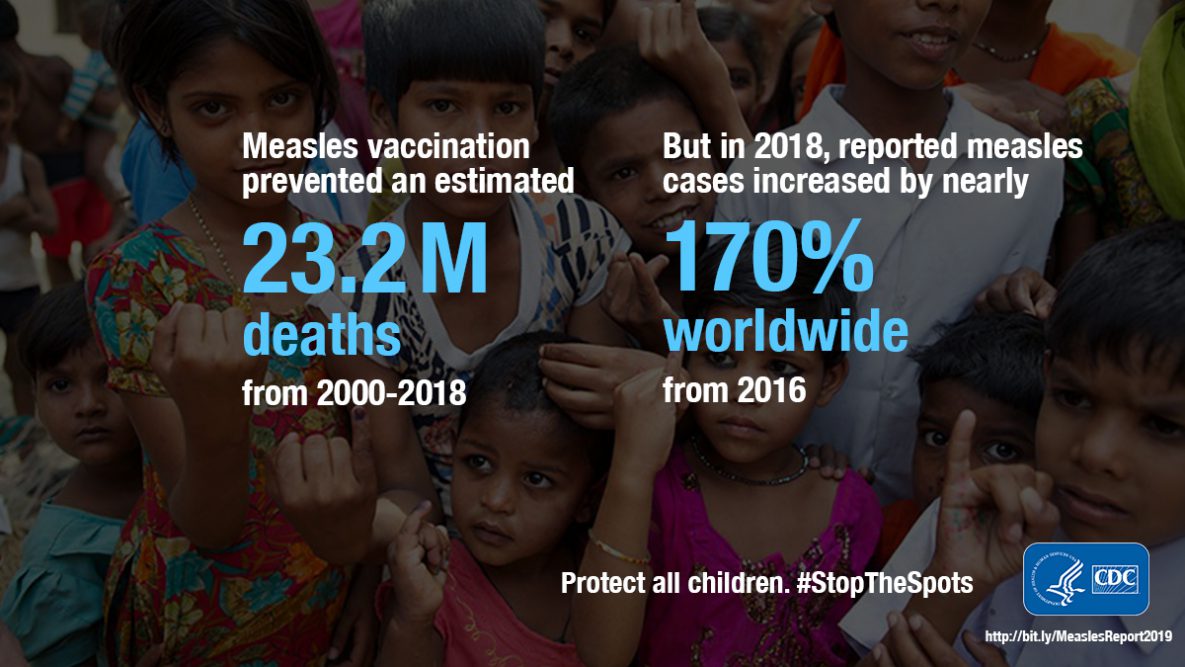 During 2000–2018, increased coverage with measles vaccines, supplemental immunization activities, and other elimination efforts contributed to a 66% decrease in reported measles incidence, 73% reduction in estimated measles mortality, and a reduction in the number of circulating wild measles genotypes worldwide. Measles vaccination prevented an estimated 23.2 million deaths during this period.

Despite this progress, global measles control milestones have not been achieved, reported measles incidence has increased in five of the six World Health Organization regions since 2016, and estimated global measles deaths have increased since 2017. Large measles outbreaks in countries with weak immunization systems accounted for most reported measles cases. Outbreaks should serve as opportunities to investigate underlying causes for under-vaccination and to design and implement specific routine immunization strengthening activities to prevent future outbreaks.

Global Measles – CDC in the News
Washington Post: CDC sends experts to fight measles outbreaks in Pacific islands neighboring Samoaexternal icon – December 11, 2019
“Health officials want to make sure “to communicate that the disease is dangerous and that the vaccine is good,” Robert Linkins, a global immunization official at CDC’s headquarters in Atlanta, said in a recent interview.”

NPR Measles Numbers Were Bad In 2018. This Year, They’re Even Worseexternal icon – December 5, 2019
“”[Measles] indicates that there are problems in a community with other vaccine preventable disease coverage,” Robert Linkins, head of the Accelerated Disease Control and Surveillance Branch at the Centers for Disease Control and Prevention, says. “And in many respects, it’s a signal that we’ve got to pay more attention to where measles is occurring.””

The Hill: CDC: Herd immunity helps to protect the entire communityexternal icon (Opinion) – May 2, 2019
“Measles, a leading childhood killer globally, will exploit gaps in our ability to reach every child and adult with the recommended two doses of vaccine. We know that 90 percent of people who are exposed to the virus, who have not had measles or are under-vaccinated, will become infected and will be contagious to others for days before they develop the telltale measles rash.”
-Dr. Rebecca Martin, Director of CDC’s Center for Global Health 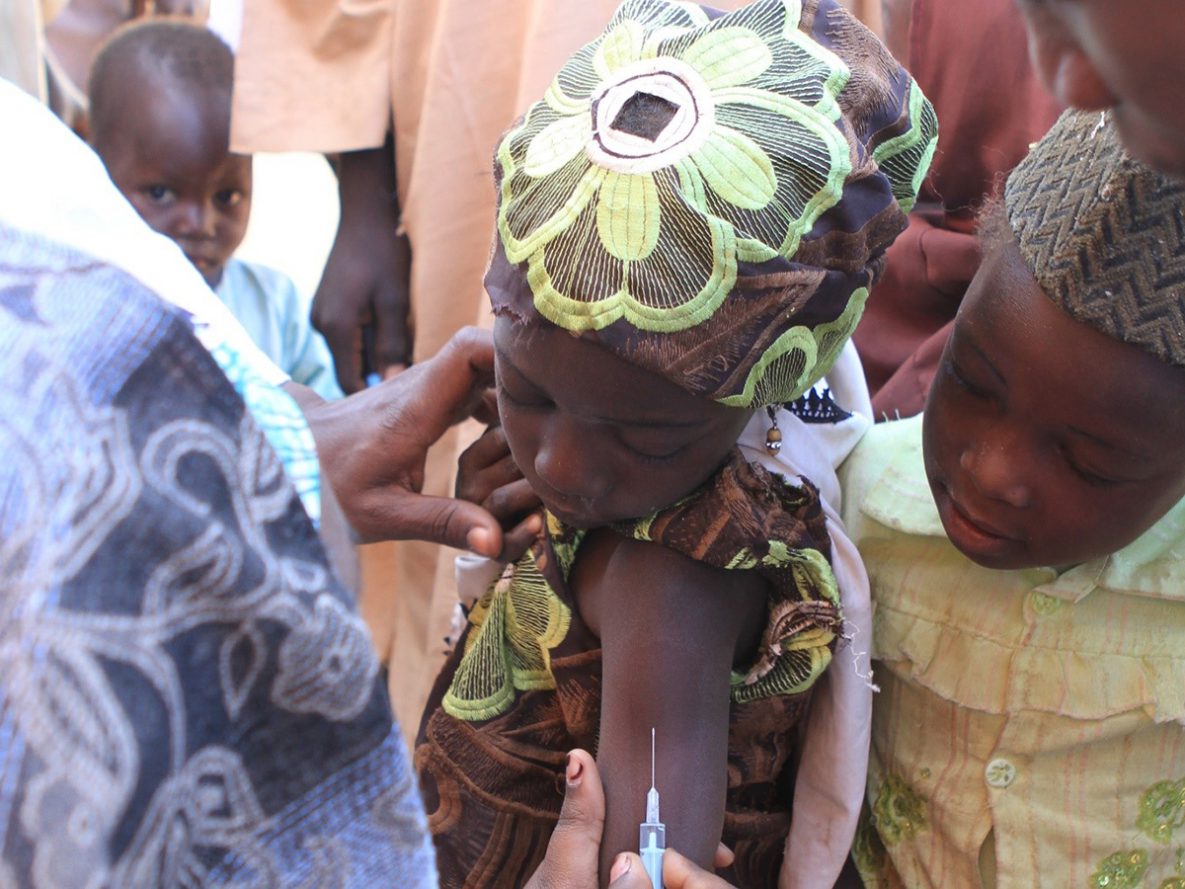 In Nigeria, a little girl prepares to receive her measles vaccination while other children watch. 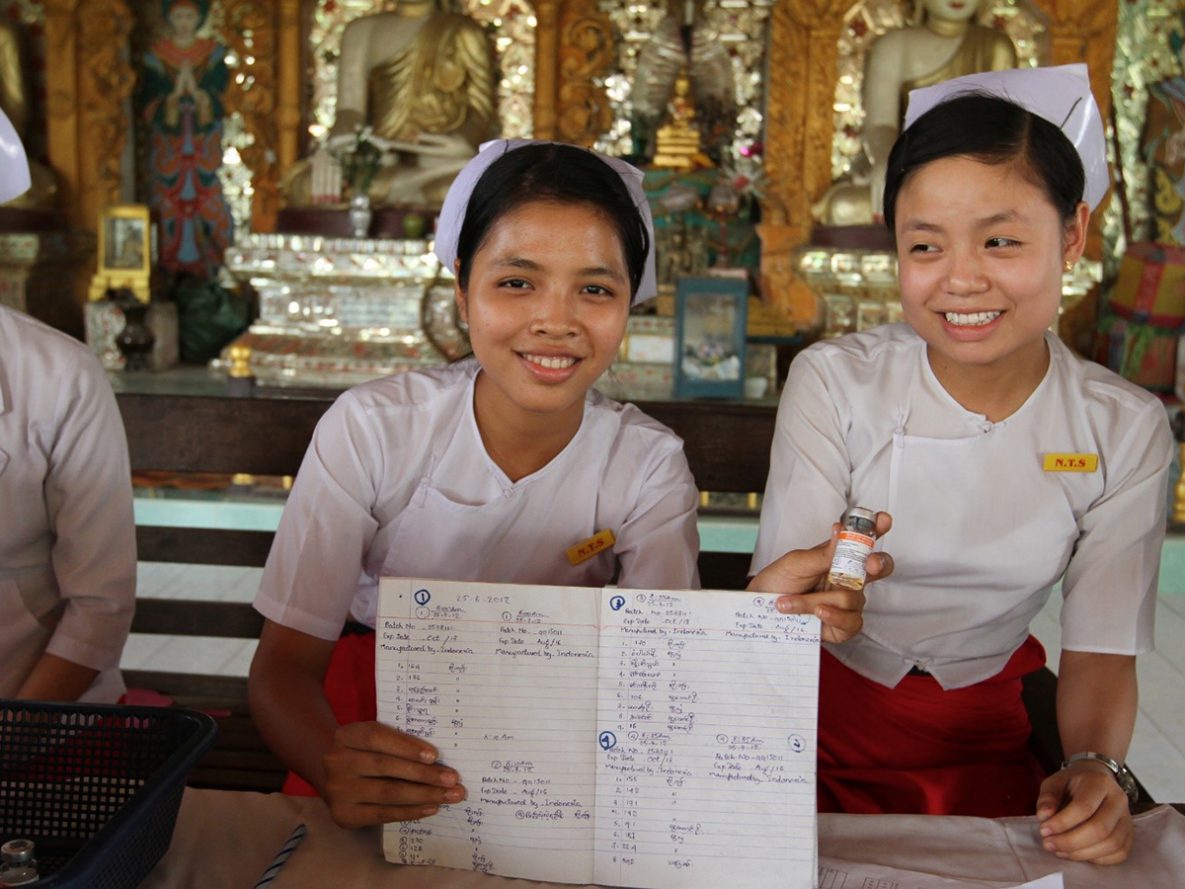 Contact media relations to speak with a CDC Measles expert