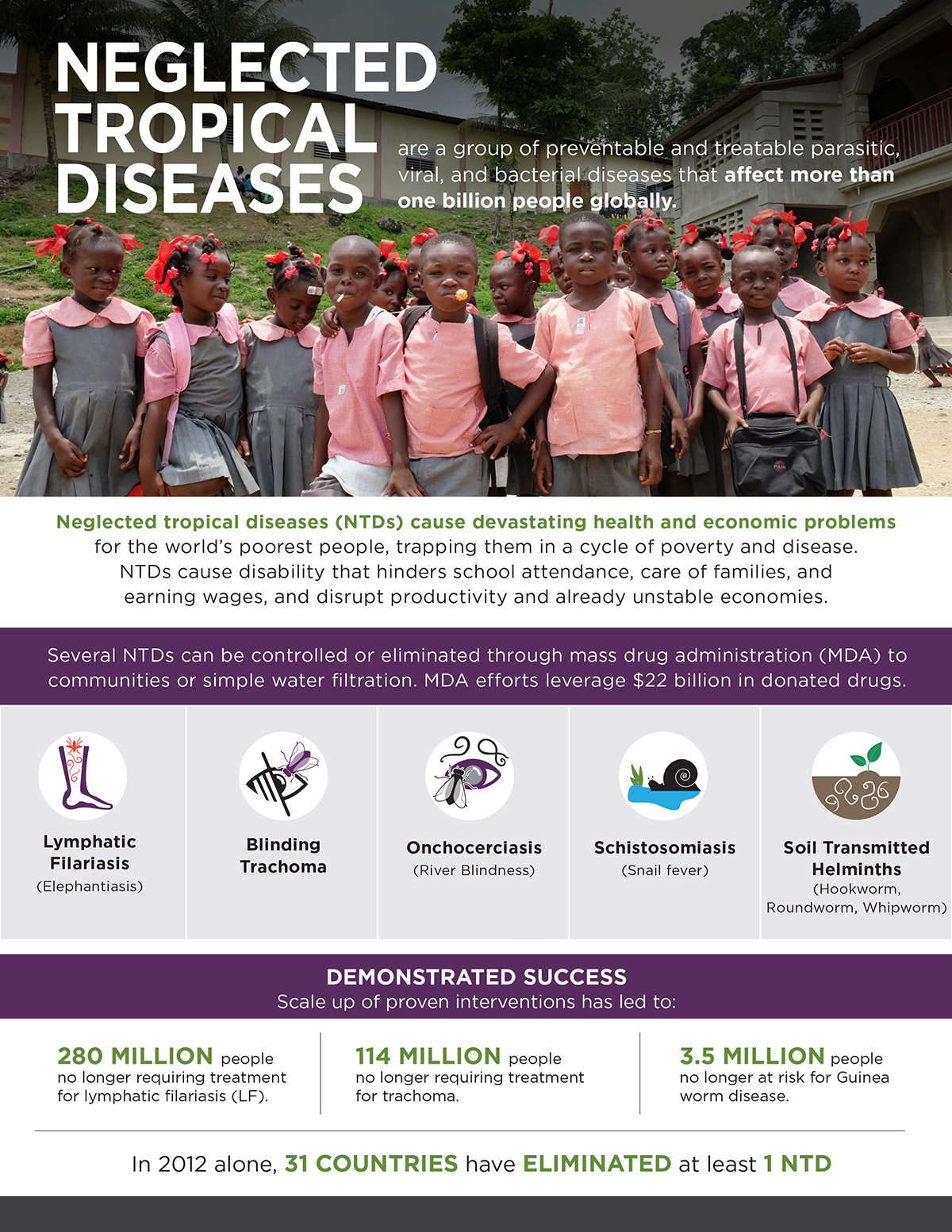 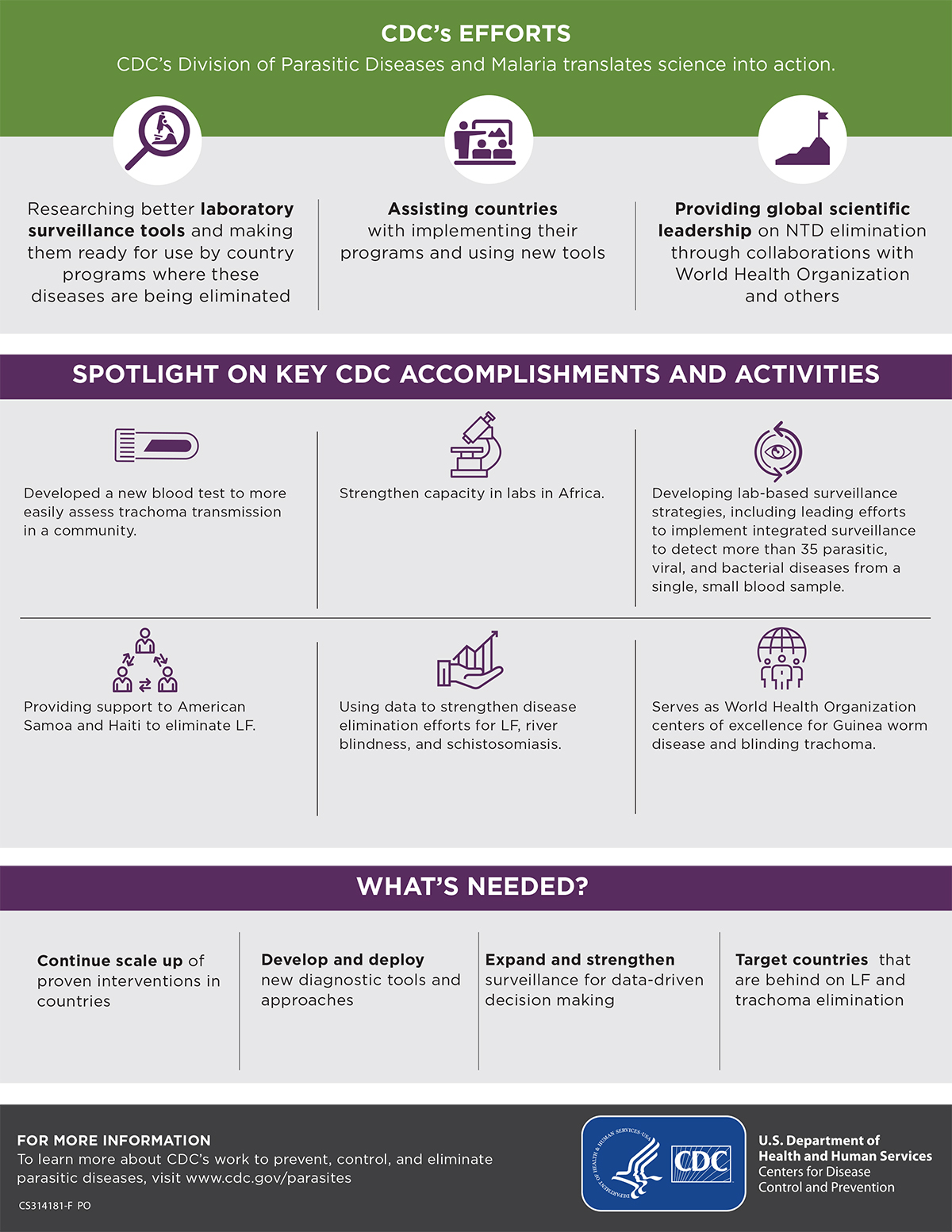 are a group of preventable and treatable parasitic, viral, and bacterial diseases that affect more than one billion people globally.

Neglected tropical diseases (NTDs) cause devastating health and economic problems for the world’s poorest people, trapping them in a cycle of poverty and disease. NTDs cause disability that hinders school attendance, care of families, and earning wages, and disrupt productivity and already unstable economies.

Scale up of proven interventions has led to:

CDC’s Division of Parasitic Diseases and Malaria translates a science into action.