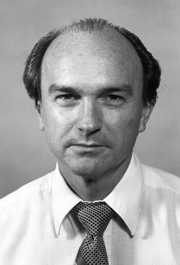 Of all the many moving parts needed for a successful immunization campaign, from political support to logistics to manufacturing, nothing happens without pure, sound, innovative basic science.

That was Walter Dowdle’s domain—a bench scientist to his core, whose work for CDC in the early years helped lay the critical scientific foundation for what we see today as a successful campaign  to prevent diseases ranging from influenza to hepatitis, to polio and advancements in the battle against HIV.

Dowdle, who joined CDC in 1960, was leading the Respiratory Virology Branch by 1964. Throughout a distinguished career at CDC that arched to 1994 and the position of CDC deputy director, he also held positions at the World Health Organization and later was director of the Poliovirus Antiviral Drugs Initiative at the Task Force for Global Health of Emory University from 2007 through 2012.

Then as now, what excited him most was bench work, isolating a virus and unlocking the door to developing vaccines.

“When I was growing up in the ‘30s, you took certain things for granted,” he said. “Disease was one. People died. This was what the world was like. Today we don’t accept this because vaccines are available. The attitude change is absolutely astounding.”

Dowdle arrived at the dawn of the immunization revolution and he’s seen the remarkable advancements.

When he was in college in the 1950s, “You really couldn’t even isolate a virus,” he said.

Technology has changed this and today the world has already eliminated smallpox and is on the cusp of defeating polio. The heavy toll from flu, measles and other diseases is, for the most part, also on the decline.

Dowdle has seen a lot, much of it up-close. And yet, even after all these years, he still savors the experience.

“I look back on my career and the thing that stands out is, I’m lucky to be part of it and to have been so lucky to work with all of the wonderful people who worked so hard.”