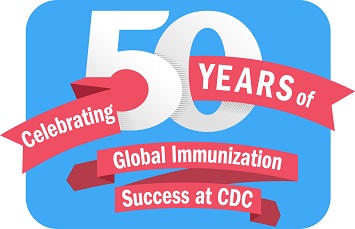 CDC plays a critical role in promoting global immunization at the global, regional, and country levels by providing scientific leadership and guidance to implement evidence-based strategies to control, eliminate and eradicate vaccine-preventable diseases (VPDs). This year marks the 50th anniversary of CDC’s global immunization leadership, which began with the establishment of CDC’s Smallpox Eradication Program in 1966.

Roots of global immunization at CDC

CDC’s role to detect VPD outbreaks and to respond rapidly to public health emergencies was already established in 1955 when the agency responded to the “Cutter Incidentexternal icon”, when the vaccine manufacturer, Cutter, improperly prepared polio vaccines that led to 200 cases of paralysis and 10 deaths in the United States. CDC’s rapid response to the Cutter Incident was a major factor that led to the federal government’s decision to consolidate and move disease surveillance and response to CDC in 1960.

In 1961, CDC Epidemic Intelligence Service (EIS) Officer Donald Millar was assigned to “keep an eye on smallpox and see if you can make sense of the trends.” This led to the formation of a smallpox surveillance unit that became the Smallpox Eradication Program.

Also during the early 1960s, CDC established itself as an organization with the practical capability to implement immunization work in field conditions by supporting U.S. Agency for International Development-funded measles vaccination campaigns in West Africa, and by evaluating jet injectors that demonstrated the effectiveness of intradermal administration of smallpox vaccine in mass vaccination campaigns.

In November 1965, President Lyndon Johnson proposed that the U.S. government fund smallpox and measles vaccination campaigns in 18 African countries. Congress approved the budget which enabled CDC to establish a Smallpox Eradication Program in January 1966. From this beginning a global program has grown that has saved generations of children around the world, and protected Americans from VPDs that have been eliminated or no longer circulate in the United States.

In January 1967, CDC began deploying staff to countries in West Africa. One year later the 25th million smallpox vaccination was administered, and by May 1970, smallpox was eliminated from the region. 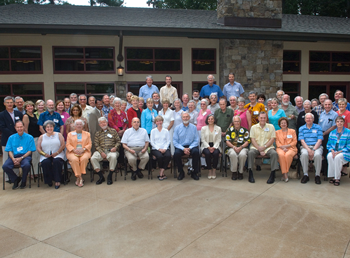 Based on the smallpox eradication lessons and successes in West Africa, CDC also provided expertise to WHO to support multiple national smallpox eradication programs beginning in Brazil in 1967 and ending in Somalia in 1977, where a CDC epidemiologist, Jason Weisfeld, helped investigate the last world-wide smallpox case in Somaliaexternal icon.

The success of CDC’s Global Smallpox Eradication Program in collecting and analyzing vaccination delivery data to monitor and manage immunization program performance in low-income countries laid the foundation for establishing Expanded Programme on Immunization (EPI)external icon at WHO in 1974. Dr. Rafe Henderson, a CDC staff member, played a critical role at WHO leading the development of this life-saving global childhood vaccination program.

CDC’s support to build regional immunization infrastructure began during the 1980s. In 1985, when the Pan American Health Organization (PAHO)external icon announced the goal to eliminate polio in the region by 1990, CDC began a program to strengthen public health laboratories which grew into the Global Polio Laboratory Network. In addition, CDC provided leadership and support to PAHO to establish a regional immunization technical advisory group to develop evidence-based strategies for polio eradication.

The Stop Transmission of Polio (STOP) Program was developed by CDC and WHO based on experience of the global smallpox eradication response in the 1970s. It has deployed more than 2000 epidemiology, health communication, and immunization data system professionals from all over the world on more than 3200 assignments to more than 60 countries. These professionals volunteer five months of their life and career to eradicate polio, strengthen national routine immunization and surveillance systems, and train local health professionals.

Former CDC employees also played a role in promoting global immunization, including former CDC Director Bill Foege, who collaborated with colleagues to found the Task Force for Child Survival (TFCS). The TFCS provided the secretariat for a consortium of global health organizations including WHO, UNICEF, Rockefeller Foundation, World Bank, and the UN Development Program that decided to work with the EPI to achieve the Universal Childhood Immunization target of 80% global vaccine coverage by 1990. The success of the TFCS in facilitating global coordination led to the formation of the Task Force for Global Health in 1991, with an expanded mandate to work on other issues that impact the quality of life for children.

Bob Keegan, the deputy director of the Global Immunization Division at CDC from 1993-2007 was instrumental in setting up many of the CDC initiatives that supported the GPEI, working tirelessly behind the scenes to ensure the initiative would be successful.

In 1990, GPEI established the Global Polio Laboratory and Surveillance Networkexternal iconbased on the experience that CDC and other partners gained while eliminating polio and acute flaccid paralysis in the Americas Region.

The GPEI was re-energized in 1998 when Ted Turner donated $27 million through the United Nations Foundationexternal icon and encouraged Bill Gates of the Bill and Melinda Gates Foundation (BMGF)external icon to become involved. Gates initially donated $50 million to the Initiative and the BMGF has become a driving force to end polio and improve global access to vaccination.

Specified U.S. government funding to CDC to conduct global measles and other immunization activities began in 1999, which has enabled CDC to expand support to other VPD elimination and control initiatives beyond polio eradication.

In 2001, the American Red Crossexternal icon, UNICEFexternal icon, the UN Foundationexternal icon, WHOexternal icon, and CDC founded the Measles Initiative to decrease childhood deaths from measles. Measles deaths decreased an estimated 79% from 2000 to 2014 globally (546,800 to 114,900). The Western Hemisphere has eliminated endemic measles and all six WHO regions have set measles elimination goals.

The Measles Initiative became the Measles and Rubella Initiativeexternal icon in 2012 to include rubella, also known as German measles, and to capitalize on the combined measles-rubella vaccine and integrated measles and rubella surveillance in 2012. (Pic 4) Rubella elimination has been achieved in the Americas, and rubella elimination targets have been established in two additional WHO regions.

In 2000, CDC’s work on introduction of new vaccines to the EPI schedule began with the availability of funding for hepatitis B vaccine in low-income countries through Gavi, The Vaccine Allianceexternal icon. CDC began work with WHO’s Western Pacific Region in 2005 to adopt a regional hepatitis B control goal to reduce chronic hepatitis B virus (HBV) infection prevalence among children to <1% from an estimated pre-vaccine era prevalence of >8%. Achievement of an interim target of <2% chronic HBV infection prevalence among children in 2012 is estimated to prevent over 1 million chronic HBV infections and 300,000 HBV-related deaths among infants born each year in the region. Since 2009, Africa, Eastern Mediterranean, and European Regions of WHO have set HBV control goals.

With the availability of funding from Gavi, CDC has also provided scientific and technical expertise to accelerate the global introduction of Haemophilus influenzae type b (Hib), pneumococcal, rotavirus, human papillomavirus, rubella, and inactivated poliovirus vaccines and to measure the impact these vaccines have on disease burden.

A major focus of CDC’s global immunization work has been apply the principles of integrated epidemiologic and laboratory disease surveillance to manage immunization programs and measure the health impact of vaccination initiatives. A global surveillance network model that combines epidemiologic data and laboratory testing, first developed for influenza in the 1950s, smallpox in the 1960s, and polio in the 1980s has been to track other diseases including human papillomavirus infection, influenza, Japanese encephalitis, rotavirus diarrhea, yellow fever; Hib, meningococcus, and pneumococcus. CDC laboratories serve as standard-setting, global special reference laboratories supporting these networks.

CDC also assists countries to build capacity needed for sustainable national immunization programs by providing scientific leadership and evidence-based guidance to improve vaccination delivery along with high-quality immunization information to monitor, evaluate, and improve immunization programs. In addition, CDC is supporting development and introduction of new vaccines to protect against leading causes of morbidity and mortality including malaria and dengue, and emerging infectious disease threats such as those from the Ebola and Zika viruses. 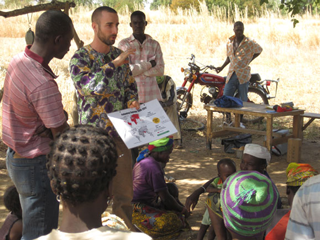 In December 2011, CDC activated its Emergency Operations Center to draw on resources across the agency to achieve polio eradication and support emergency operations in the last remaining polio endemic countries of Nigeria, Pakistan, and Afghanistan. In 2014, the Nigerian Emergency Operations Center was used to effectively respond to an Ebola outbreak in that country. In 2014, the Southeast Asia Region was certified polio-free, and as of April 2015, Africa has been polio free for 19 months. Afghanistan and Pakistan are the last two countries with endemic WPV type 1 transmission.

The global success against disease through immunization that has been achieved would not have been possible without the continuous support of visionary CDC leaders such as Dr. Walt Dowdle. Dr. Dowdle was Deputy Director of CDC, from 1987-1994, and Acting CDC Director during 1989-1990 and 1993. Without his continuous presence applying the lessons learned from the successes against disease, the achievements of the last fifty years would not have been possible.

Preparing for the Future

The next five years are crucial to completing, building on, and leveraging the successful achievement of polio eradication to advance additional health impact targets, including: a world free of measles and rubella; ending VPD deaths among children aged <5 years; and reducing chronic disease and cancer deaths from VPDs

CDC’s Strategic Framework for Global Immunization, 2016-2020, builds on 50 years of CDC’s public health leadership and global immunization expertise, starting with the success of the CDC Smallpox Eradication Program. Since then, CDC’s global immunization work has provided an umbrella of protection needed to keep Americans safe and secure at home and abroad. Americans at home and the millions working and traveling abroad, including those serving in the military, remain vulnerable to VPDs as long as these diseases exist elsewhere in the world. Mass air travel and increased mobility spread disease not just from community to community, but from continent to continent.

This strategic framework also lays out CDC’s continuing role in fulfilling the U.S. government’s broader commitment to improve global health. Vaccines are among the most cost-effective ways to improve health, and healthy people improve the economic well-being of communities and nations, cascading into a myriad of benefits necessary for a stable society. Vaccines also provide a powerful tool to achieve equity globally by protecting every child against vaccine preventable diseases so he or she can survive and reach his or her full potential.

CDC’s scientific leadership and evidence-based strategic guidance has brought the world to the cusp of eradicating polio. To achieve a polio-free world on every continent, we will continue to devise and adopt new methods to address programmatic challenges, so that the global health community can find and stop the very last chains of poliovirus transmission.

CDC leverages its core strengths to collaborate with other country governments to strengthen or enhance their immunization programs by:

CDC is also strengthening our collaborations with countries to develop the capacity to detect, respond to, and prevent vaccine preventable disease outbreaks under the Global Health Security Agenda. Public health infrastructure and capacity in these areas are vital to protecting Americans and all people around the world during public health emergencies of regional or global concern.

The last 50 years of global vaccination have produced amazing results. Achieving smallpox eradication, developing the Expanded Programme on Immunization external iconas a legacy of smallpox eradication and rapidly increasing global vaccination coverage to 80%, certification of polio eradication in four of six WHO regions, elimination of endemic measles and rubella in the Americas, and elimination of meningitis A in the Africa meningitis belt provide a compelling demonstration of what can be accomplished when there is unity of purpose and collaboration among global immunization partners.