CDC has provided strong technical leadership and funding support to the laboratory services of the MoHCC since 2004.  In FY19, CDC laboratory program supported Viral Load scale up in 11 laboratories from the 6 laboratories in 2016 through a robust mentorship program, integrated sample transportation system, optimizing the LIMS. Support was also provided through active participation in the national procurement and logistics technical working group, CDC supported quantification and procurement of HIV rapid test kits, VL reagents, and other commodities. Through its implementing partner, Association of Public Health Laboratories (APHL), CDC helped established clinic laboratory interface in collaboration with USAID, MoHCC and partners.  Finally, CDC’s technical assistance has provided support to provincial labs across the country to obtain international recognition through accreditation for quality diagnostic services.

Success story: Optimization of LIMS for VL Scale Up

In 2014, the MoHCC adopted an open source electronic LIMS, BIKA. The system had a huge advantage in that despite initial implementation costs the country would then continue to adapt and add new modules and specifications as needs arose. The choice of an open source system would tie in well with the country’s EHR, allowing for easy interface.

In 2019, the country implemented an accelerated Viral Load scale up program towards the 90-90-90 goals which resulted in an increase in viral load testing. This led to a significant surge in results sent out from laboratories. Unfortunately, BIKA had no capacity to cope with this influx. In response, CDC through APHL, immediately embarked on an ambitious project to optimize the LIMS through contracting the original developers (NARALABS), to set up a strong LIMS team to lead this project.  The new optimized system, Enterprise Open Source Laboratory System (SENAITE), was then launched which revolutionized the workflow in the laboratories.

The example below shows overall intralab turn-around time (TAT) reduction of 74% from 11.6 days to 3 days. The delays were primarily caused by the need to perform every action in LIMS, one user at a time.  Once the optimization was done multiple users could operate the system at the same time.  This improvement also increased staff morale since the work processes could all be done in real time. 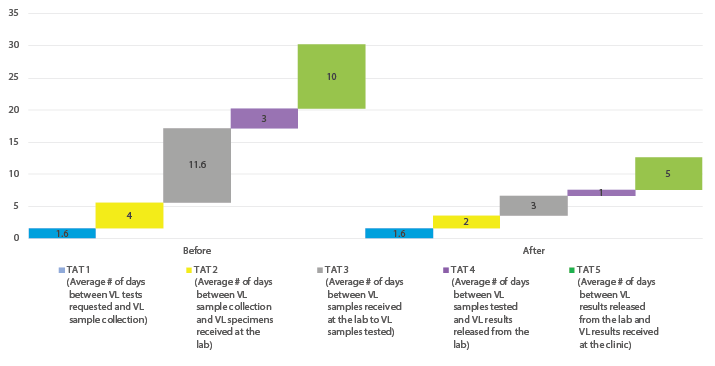 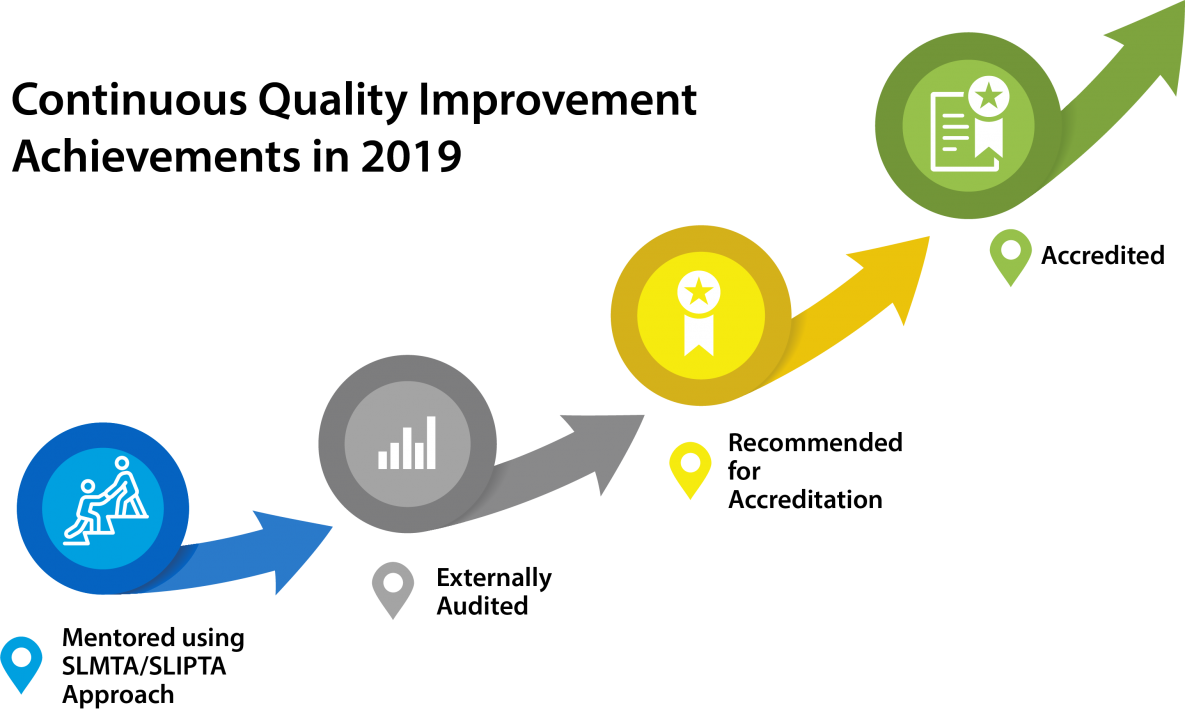