Destigmatizing Ambulances during the Ebola Response 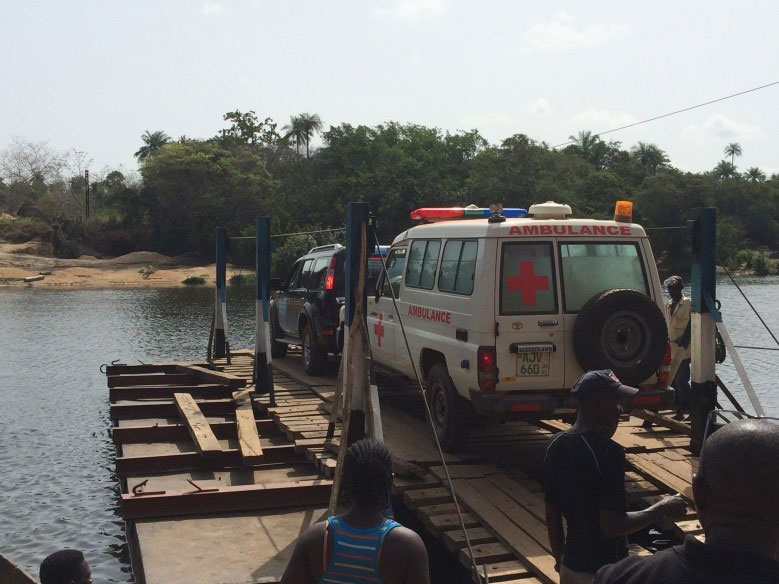 In much of the world, an arriving ambulance with its siren blaring signals hope – and relief – in times of medical crisis, and tangible proof that help is literally at your doorstep.

But that’s not the reaction everywhere, and it certainly wasn’t the prevailing view across Sierra Leone when the Ebola epidemic arrived.

Across much of Sierra Leone, in fact, an ambulance was foreign and fear-inducing. For many, it was an unwelcome sign that someone was about to embark on “a journey of no return.” The lack of familiarity with ambulances and the cloud of misinformation was a serious problem. Likewise, the noise of the sirens and the speed of the vehicles scared people.

“There were communication gaps. [Responders] were approaching these quarantined homes … (and people) basically felt like they were shoving information down the residents’ throats. [Responders] were not equipped for answering concerns people have,” said Alisa Spieckerman, a member of CDC’s Health Promotion Team in Sierra Leone.

The pressing question was clear: What could quickly be done to convince people in Sierra Leone that ambulances are not something to fear?

The answer was the “The Ambulance Project,” an initiative in which frontline responders traveled with an ambulance to each chiefdom to give residents an up-close, hands-on opportunity to learn about ambulances. The Ambulance Project responders included ambulance drivers, nurses, contact tracers, decontamination teams, and social mobilizers. Representatives from CDC, WHO, UNICEF, and the District Health Management Team were also present. Responders were trained to engage and build relationships with community members through open dialogue. The goal of the initiative was to destigmatize ambulances and change public opinion. 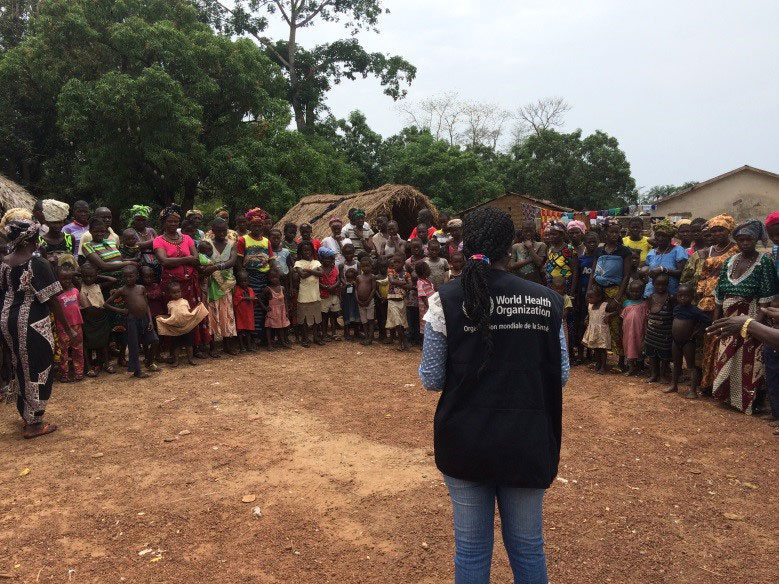 In the village of Buya Romende, a Sierra Leonean WHO counterpart provides an introduction the Ambulance Project and explains how the village members will have an opportunity to touch and ride in the vehicle, meet the ambulance team, and ask questions about the ambulance. (Taken April 27, 2015 by Erin Burdette)

“You had to get into these sensitive conversations when people were sick and some relatives had just died and were pulled out of their home. You have to build some kind of relationship really quickly,” Spieckerman said.

The roving ambulance exhibits began in Port Loko District where Social Mobilization Pillar partners, including CDC, held events from April 27 to May 3, 2015.  The road trip reached all 11 chiefdoms in the district with one goal – to educate and diminish fears about ambulances and decontamination practices.

That effort was followed by a similarly successful series in Kambia in late May through mid-June where 24 demonstrations were held. Paramount chiefs, who are high-level leaders within Sierra Leone’s tribal governing structure, participated and endorsed the importance of ambulances and convinced people that ambulances were both safe and essential.

“At each exhibit stop, we would ask the chief to climb into ambulance along with partner organization representatives and the driver would complete a very short drive. At the end, we would open the doors and the community would see that everyone inside was fine,” said Erin Burdette, another member of the CDC Health Promotion Team. “The willingness of the paramount chief to ride in the ambulance had a huge impact. The events were very well received—it was so important that paramount chiefs were involved,” she said.

Each exhibit included an overview of the purpose of the ambulance, an ambulance tour, a chlorine sprayer demonstration, and an explanation of each responder’s roles and responsibilities in the response. Exhibit team members encouraged questions along the way. The most common questions were

The opportunity for residents to ask questions was critical in allowing responders to address misinformation in the communities. For example, in some villages, people expressed serious concern about the buttons on the ambulance’s control panel. There were persistent rumors that the buttons were triggers that would spray chlorine onto patients, ensure that the patient would not return, or even kill the patient. 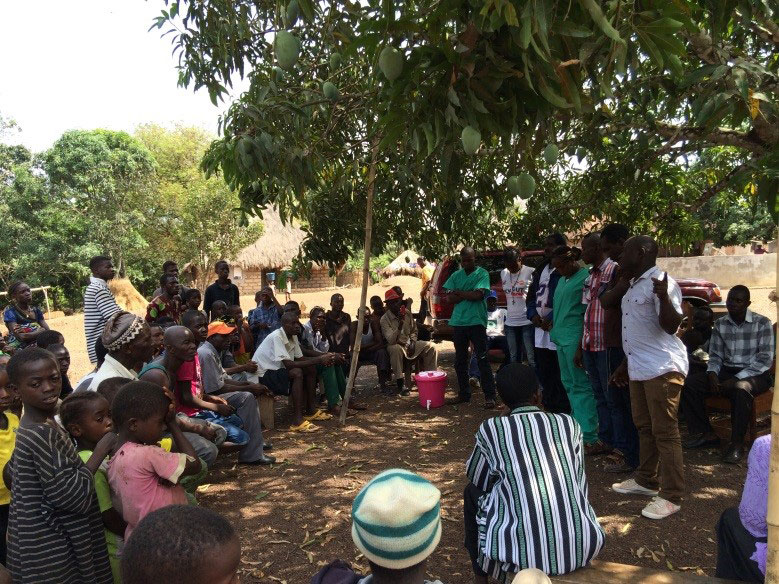 Team members of the Ambulance Project introducing themselves to the village Sanda Magbolontor. Along with explaining their role during the response (driver, decontamination sprayer, nurse, etc.), they also discussed stigma associated with their work in the Ebola response. (Taken April 28, 2015 by Erin Burdette)

Community input also led to change in practice. For example, after expressing fears triggered by sirens and fast-approaching ambulances, ambulance drivers were instructed to turn off sirens and reduce speed when approaching a village. This open exchange of information increased the acceptance of ambulances among community members, and shifted their perception of ambulances to recognizing them as an important tool on the fight against Ebola.

Following the Ambulance Project, a post-exhibit assessment was conducted in each chiefdom to evaluate the effect of the initiative. Results showed that the collective efforts paid off. The initiative reached all 11 chiefdoms in Port Loko District, and the 24 events in Kambia District introduced ambulance information to 3,234 people at villages and schools. Informal surveys with residents after the Kambia demonstrations found that the exhibits were “extremely well-received and many village leaders expressed interest in having the Ambulance Project come back and wished for it to have been done earlier.”

“What they saw today has driven fear out of the community,” according to Konta, a community member and survey participant. Another resident identified as Kabaya said the demonstration was useful because, “[We] now know that most of what people were telling [us] was lies.” In the Lokomasama chiefdom of Port Loko, several survivors offered a unique perspective about their positive interactions with ambulances and the ambulance team. Their testimony was powerful because they related those experiences directly to their recovery from Ebola.

Although some fear remains, the widespread anxiety related to ambulances has begun to dissolve and the Ebola response has become more efficient and effective. Thanks to CDC’s work to educate people, that trend is likely to continue. So too is the likelihood that ambulances will be a more common – and accepted – part of everyday life in Sierra Leone.