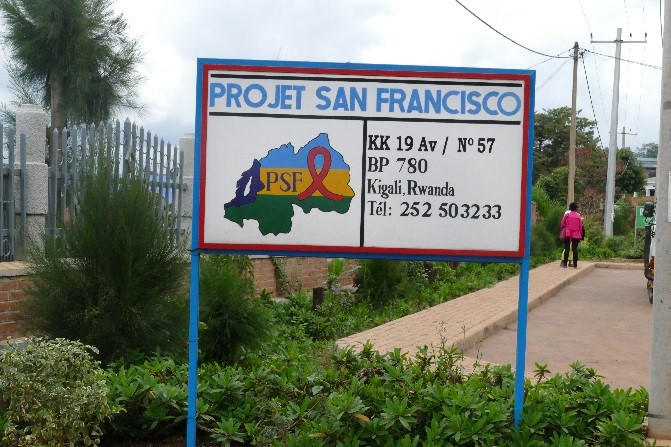 It all began with a radically simple idea: “Can we use radio announcements to find Rwanda’s ‘last positives?’”

Rwanda is one of only a few countries on the African continent likely to achieve UNAIDS 90-90-90 targets by 2020: 90% of HIV-positive people diagnosed, 90% of those diagnosed on antiretroviral treatment, and 90% of those on medication having barely detectable levels of the virus in their bodies. However, a challenge still remains with finding the remaining 10 percent of HIV-positive people who have not yet been tested. Finding these ‘last positives’ is critical to controlling the spread of the HIV virus.

So how do we find these last positives? How do we encourage at-risk individuals to go for HIV testing services, to go get tested?

Emory University’s Project San Francisco (PSF), with technical support from CDC Rwanda and funding from PEPFAR, is implementing a new initiative targeted at reaching Rwanda’s HIV positives for testing and treatment. The idea is simple: find new HIV positives by targeting people who have symptoms of sexually transmitted infections (STIs).

PSF used radio announcements to target these individuals, inviting them to PSF’s health facility in Kigali for free STI screening and treatment. HIV screening tests were provided as part of the STI screening. The initial results were encouraging.

2,237 STI clients visited PSF the first month of the announcements, averaging about 50 clients each day. This was a substantial increase in the number of STI clients normally seen at the facility. Ninety-one out of 2,079 STI clients, who had never tested positive for HIV before, were found to be HIV positive. This represents a 4.4% HIV positivity yield.

“We didn’t expect to see such positive results. But with the need to target STI clients – who remain an underserved population when it comes to HIV testing – we felt it was worth a try. Within about two weeks of the radio announcements we saw an exponential growth in the number of STI clients coming to our health facility for treatment. This initial success led us to try the initiative outside of Kigali in Gisenyi, this time using a government health facility to provide the STI client services and a government radio station to do the radio announcements. The results have been phenomenal.” 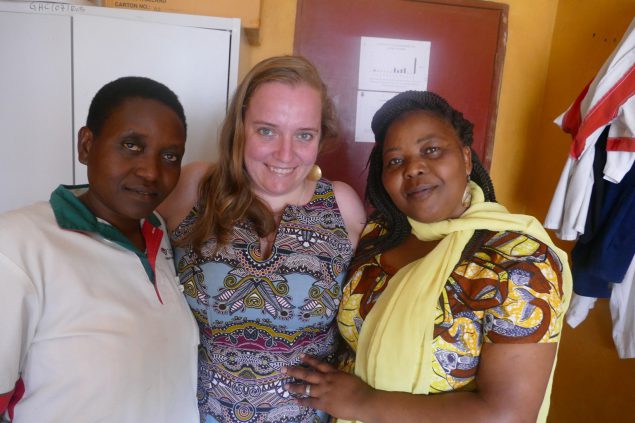 (L to R) Jeanne Mukagiranera a nurse at Center De Sante Gisenyi with Alexandra Hoagland and Mutumwinka of PSF.

Gisenyi is a popular Rwandan tourist destination situated on the shores of Lake Kivu and bordering the Democratic Republic of Congo’s vibrant and buoyant town of Goma. Gisenyi is one of PSF’s target locations.

‘Magnificent’ (not her real name) is a 40-year-old mother of three, who lives in Gisenyi. She says she came for the free STI testing because of the PSF announcements her husband had heard on the radio.

“I heard about the free STI treatment from my husband. He called me one morning from his work and told me to go to the Centre De Sante Gisenyi and ask about the free STI treatment announced on the radio. We had both been having STI symptoms for about two months but didn’t think going to the doctor was urgent. Since it was free I got treated for my STI (and screened for HIV) at the hospital that day. My husband also came later that week for treatment. We are both feeling better now. I thank all those who organized and planned for this service.”

‘Magnificent’, a beneficiary of the free STI and HIV screening and treatment in Gisenyi.

From September‒October 2017, PSF aired announcements on Radio Rubavu encouraging individuals with STI symptoms to visit the Gisenyi Health center for free STI screening and treatment. During the month of the campaign, Gisenyi Health Center staff screened 2,534 clients with STI symptoms. This was an increase from 88 STI clients the month before the campaign, and represented a 28 percent increase in the number of clients tested. This is phenomenal! Throughout the course of the campaign, Gisenyi Health Center received on average 65 clients per day in the Out Patient Department (OPD). The facility adapted to the new influx of clients being received by shifting additional available staff to support the OPD department throughout the campaign.

One hundred percent of STI clients recruited for STI screening and treatment at Gisenyi Health Center during the campaign agreed to be tested for HIV. Of these clients, those who had previously tested positive for HIV were 159/2375 (6.6%). Thirty-two were newly identified as HIV positive, representing a yield of 1.4%. All 191 HIV-positive clients are currently enrolled in and receiving HIV services.

Although an HIV positivity rate of 1.4% may not seem high, it is important to note that the population targeted by this initiative is engaging in risky sexual behavior, and this was an opportunity to provide HIV prevention messages to all clients. The difference in positivity rates among newly identified positive between Kigali and Gisenyi (4.4% vs 1.4%) reflects the differences in Kigali versus rural areas HIV infection rates.

One of the keys to the success of the PSF radio announcements in Gisenyi was the partnership with Radio Rubavu. Steven Kalisa, station manager at Radio Rubavu, says they quickly understood what PSF wanted to do and were able to deliver.

“We aired the PSF radio spots at least twice a day during prime time. We also told our announcers to present the announcements with passion and urgency.”

Listening to Eric Ntakiyimana, one of Radio Rubavu’s radio presenters, read the radio announcement just like he did during the campaign, one can feel the passion and urgency in his voice and can see why the announcements were such a big hit in Gisenyi.

PSF is now scaling up these interventions with new radio campaigns planned for Musanze and Huye in the coming months. With definitive data on the impact of these campaigns now coming out, CDC and PSF hope to encourage other partners to adopt up this initiative and to accelerate efforts to find Rwanda’s last HIV positives.

PSF’s radio campaign initiative is made possible through technical support from CDC and funding through PEPFAR.