Influenza (flu) is more likely to cause severe illness in pregnant people than in people of reproductive age who are not pregnant. Changes in the immune system, heart, and lungs during pregnancy may make pregnant people (and people up to two weeks postpartum) more prone to severe illness from flu, including illness resulting in hospitalization. Flu also may be harmful for a pregnant person’s developing baby. A common flu symptom is fever, which may be associated with neural tube defects and other adverse outcomes for a developing baby. Getting vaccinated during pregnancy also can help protect a baby from flu during the first several months after birth (the pregnant parent passes antibodies on to the developing baby during pregnancy).

Getting a flu vaccine is the first and most important action a person can take to protect against flu and its potentially serious complications. Pregnant people should get a flu shot and not the nasal spray flu vaccine. Vaccination has been shown to reduce the risk of flu in pregnant people by up to one-half. A 2018 study showed that getting a flu shot reduced a pregnant person’s risk of being hospitalized with flu by an average of 40%. Pregnant people who get a flu shot also are helping to protect their babies from flu illness for the first several months after their birth, when they are too young to get vaccinated. A list of recent studies is available at benefits of flu vaccination for pregnant people.

For most people who only need one dose of flu vaccine for the season, September and October are generally good times to be vaccinated. Vaccination during July and August also can be considered for people who are in the third trimester of pregnancy during those months, because this can help protect their infants from flu for several months after birth (when they are too young to be vaccinated). Some children need two doses of flu vaccine given at least four weeks apart (children 6 months through 8 years of age who either have never received flu vaccine, or who have not already received a total of at least two doses in their lives). For those children, it is recommended to get the first dose as soon as vaccine is available, so that they can receive the second dose (which has to be given at least four weeks after the first) by the end of October.

Pregnant? Here's what you need to know about: 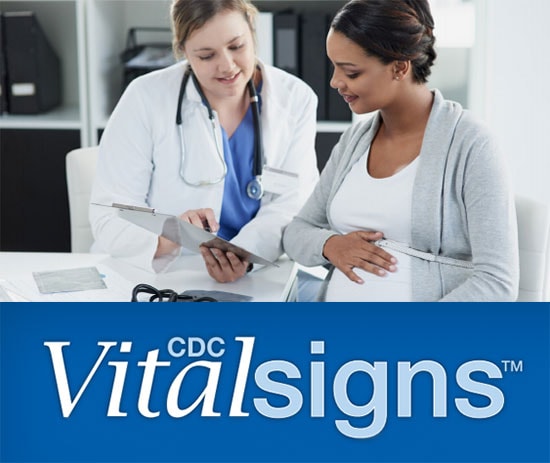 A Long Record of Safety for Flu Shots during Pregnancy 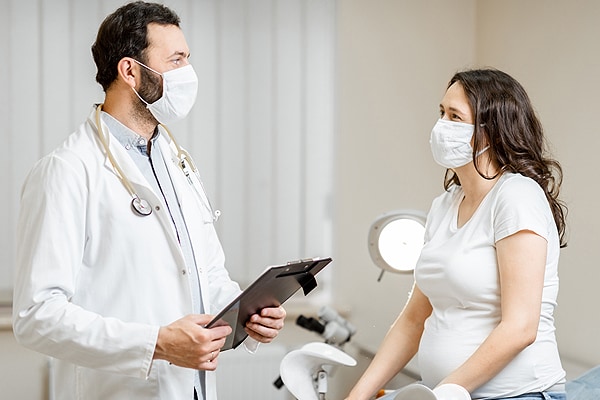 Flu shots have been given to millions of pregnant people over many years with an excellent safety record. There is substantial evidence that flu shots are safe during pregnancy. CDC and ACIP recommend that pregnant people get vaccinated during any trimester of their pregnancy.

Note: There is no recommendation that pregnant people or people with pre-existing medical conditions need to get special permission or written consent from their doctor or health care professional for influenza (flu) vaccination if they get vaccinated at a worksite clinic, pharmacy or other location outside of their physician’s office. Pregnant people should not get nasal spray flu vaccine. More information is available at Misconceptions about Seasonal Flu and Flu Vaccines.

In addition to getting a flu shot, pregnant people should take the same everyday preventive actions CDC recommends for everyone, including avoiding people who are sick, covering coughs, and washing hands often. In addition, breastfeeding also has many benefits, including helping to protect infants from infections like flu.

If you get flu symptoms call your health care provider right away. There are prescription flu antiviral drugs that can treat flu illness and prevent serious flu complications. CDC recommends prompt flu antiviral treatment for people who have confirmed or suspected flu infection and who are at higher risk of serious flu complications, such as pregnant people. Early treatment of flu in hospitalized pregnant people has been shown to reduce the length of the hospital stay.

Flu symptoms include fever, cough, sore throat, runny or stuffy nose, body aches, headache, chills, and fatigue. Some people may also have vomiting and diarrhea, though this is more common in children than in adults. People may be infected with flu and have respiratory symptoms without a fever.

When to Seek Emergency Medical Care

If you are pregnant and have any of these signs, call 911 right away:

This list is not all inclusive and only refers to warning signs related to respiratory illness. Please consult your medical provider for any other symptom that is severe or concerning. 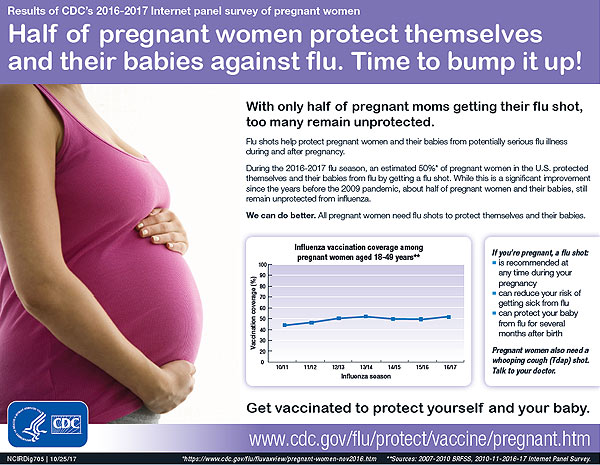 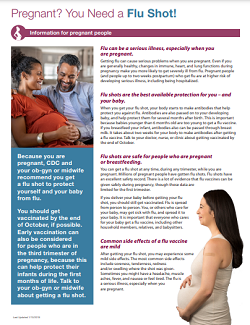