Lost 170 Pounds and Regained His Life 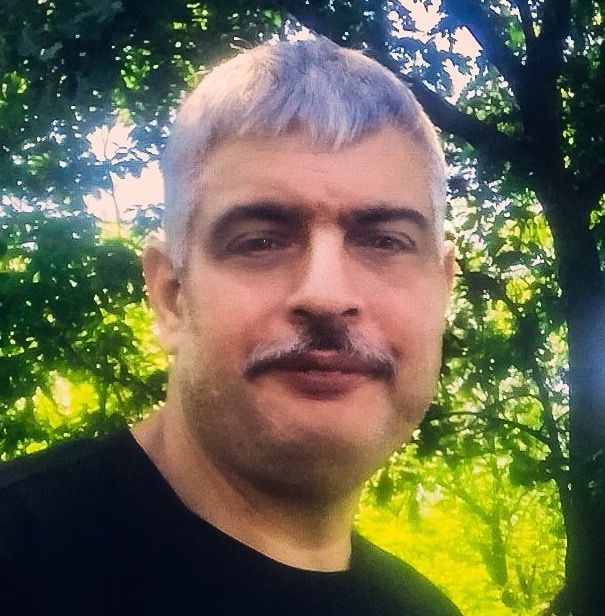 "The program gave me a way forward. I want to help other people find their way, too."

In early 2019, life for Giuseppe Mastropaulo looked very different than it does today. He weighed nearly 500 pounds, although he didn’t know it because the scale at his doctor’s office didn’t go that high. He had painful leg ulcers caused by his weight that wouldn’t heal and needed weekly medical treatment. He was losing the ability to take care of himself and getting more and more depressed.

The doctor treating Giuseppe’s legs urged him to take action to avoid more health problems. But Giuseppe had struggled with his weight his whole adult life. He was big as a kid but active, which helped keep his weight in check. When he got older and had more access to unhealthy food, he began to gain steadily. He’d never had much success dieting on his own, so he decided to look into weight loss surgery. However, the surgeon he met with wanted him to first try losing weight through diet and exercise.

Giuseppe didn’t know where to start. He worked at a deli and was surrounded by food all day long. He didn’t want to try one of the popular diet programs. They seemed gimmicky. And at his size, what kind of exercise would he be able to do?

Then his doctor told him about a lifestyle change program delivered through the National Diabetes Prevention Program and encouraged him to join. It wasn’t a weight loss plan, though losing 5% to 7% of body weight is a key goal. The program was specifically created to help people at risk for type 2 diabetes cut their risk in half by losing weight, getting more active, and managing stress.

Giuseppe hesitated. He was desperate for change but worried that the program couldn’t help him. His boss, however, insisted: “You need to try it. You need to save your life.”

Giuseppe attended the information session and found out what to expect. The core of the program is a class that meets once a week for 6 months and then once or twice a month for 6 more months to provide ongoing support and help healthy changes stick. A trained lifestyle coach leads the class and helps members learn new skills, set and meet goals, and stay motivated. Members share ideas, celebrate successes, and work to overcome obstacles. It sounded good to Giuseppe, so he signed up.

At the first meeting, lifestyle coach Theresa Catania brought in a scale that she had bought online that could handle Giuseppe’s size. Now, he’d be able to get an accurate weight at the beginning of each class as required by the program.

“That really touched me,” he said, “that she cared enough to do that.”

However, he wasn’t prepared for the number on the scale at his first weigh-in: 491. In 10 years, he had gained almost 200 pounds. Still, it was a starting point.

After just a few classes, Giuseppe knew the program was right for him. He found value in everything he was learning—from how to read food labels to how to identify triggers that can lead to overeating.

“A big one for me is having a cup of coffee and wanting a doughnut or Danish to go with it,” he said. “Then I found out even a donut hole has 70 calories. That would take 10 minutes to walk off!”

The program helped Giuseppe examine his habits and learn the steps needed to change them into healthier ones. Giuseppe’s go-to’s were snacking on sweets and drinking soda throughout the day and ordering a big carryout meal each night on the way home from work.

Giuseppe used what he learned in class to completely change his eating habits. He switched from soda to water and found a local shop that sold fresh, healthy food. “I knew I had to go cold turkey not drinking soda and ordering takeout. I found out that worked well for me. I realized too that I had to think positive, not about being on a diet, where I can’t have this, can’t have that.”

But how to get active? He felt he was too big for the gym. His doctor said “walk.” So Giuseppe went from no walking to 30 minutes a day just about every day. It got easier as the weight came off, and losing weight helped his leg ulcers heal. That made walking easier still. “I lost my first 50 pounds in just a few months,” he said. “Watching the numbers come down motivated me more and more.”

Giuseppe’s mood lightened as well. He didn’t stay in the back of the deli as much. Instead, he started going out front to talk to customers, many of whom wanted to know his secret. “I told them it’s not a secret. I explained about the lifestyle change program and what I’m doing to drop the weight and get healthier.”

Of all the program’s benefits, group support might have been the biggest. “The class gave me a place to go each Tuesday afternoon where I could share my struggles. We all talked about our problems. And Theresa would remind us that if we had a bad day, we could pick ourselves up the next day and keep making progress.”

And Giuseppe’s progress was incredible. By the end of the yearlong program, he had lost more than 170 pounds, his leg ulcers had healed, and he could walk without pain. He even danced at a relative’s wedding, something he wouldn’t have dreamed of doing just a year before.

Giuseppe continues to lose, and his goal of 250 pounds—around half of his starting weight—is in sight. He has also shared his experience with other lifestyle change classes, encouraging participants to make healthy changes that can change their lives.

“The program gave me a way forward,” he explained. “I want to help other people find their way, too.”