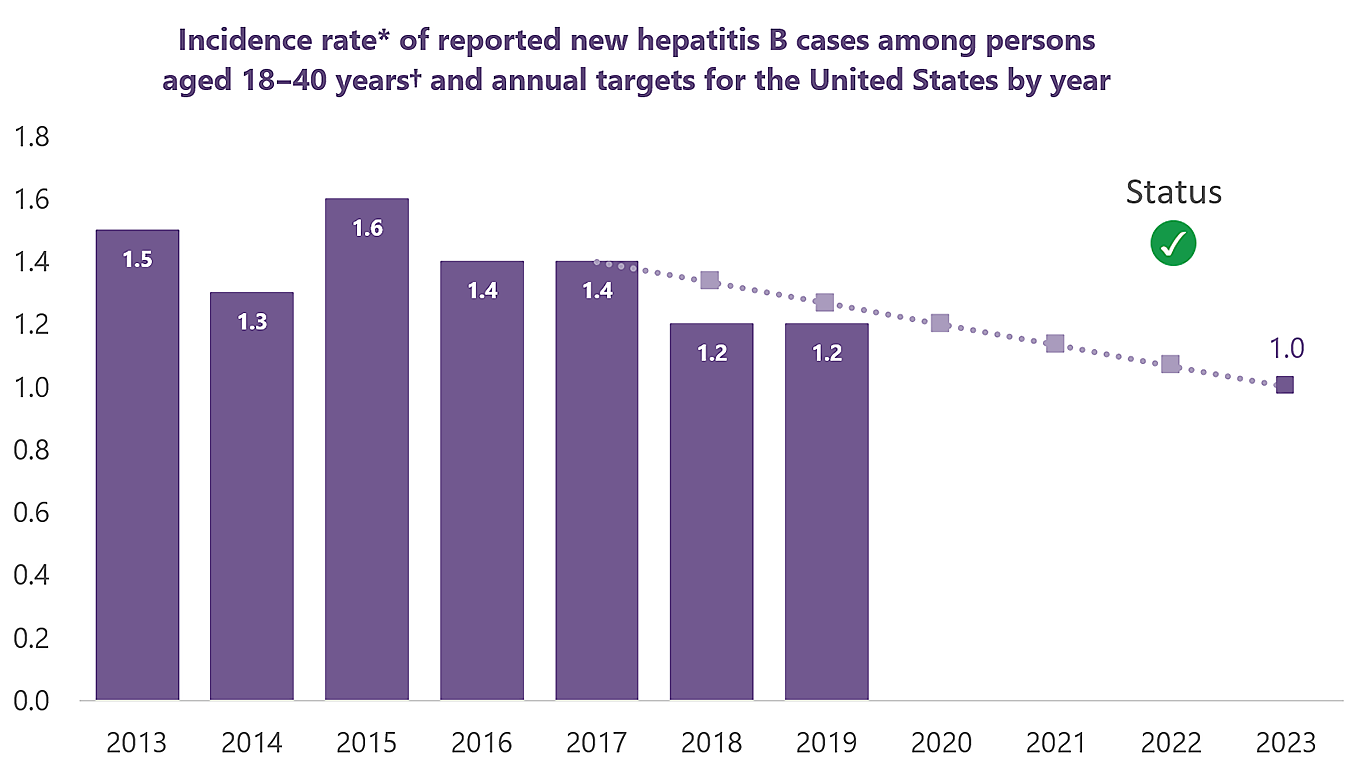 Indicator Notes: (1) The NNDSS is a nationwide collaboration that enables all levels of public health to share notifiable-disease-related health information. Surveillance for viral hepatitis through NNDSS is based on case definitions developed and approved by the Council of State and Territorial Epidemiologists (CSTE) and CDC. Reported cases of acute viral hepatitis B are required to meet specific clinical and laboratory criteria. Only laboratory-confirmed cases of acute viral hepatitis are presented in this report. Acute hepatitis B is reportable in all jurisdictions. Health care providers, hospitals, and/or laboratories report cases to the local or state health department, and states voluntarily submit reports or notify CDC of newly diagnosed cases of hepatitis B that meet the CSTE/CDC surveillance case definition. Case rates per 100,000 population are calculated based on the projected resident population of the United States as of July 1 during each data-collection year.

Limitations: Viral hepatitis is largely underreported in the NNDSS. Based on a simple, probabilistic model for estimating the proportion of patients who were symptomatic, received testing, and were reported to health officials in each year, the actual number of acute hepatitis B cases is estimated to be 6.5 times the number reported to CDC. (1–2) Additionally, rates of reported cases may vary over time based on changes in public and provider awareness, laboratory and diagnostic techniques, and the definition of the condition.