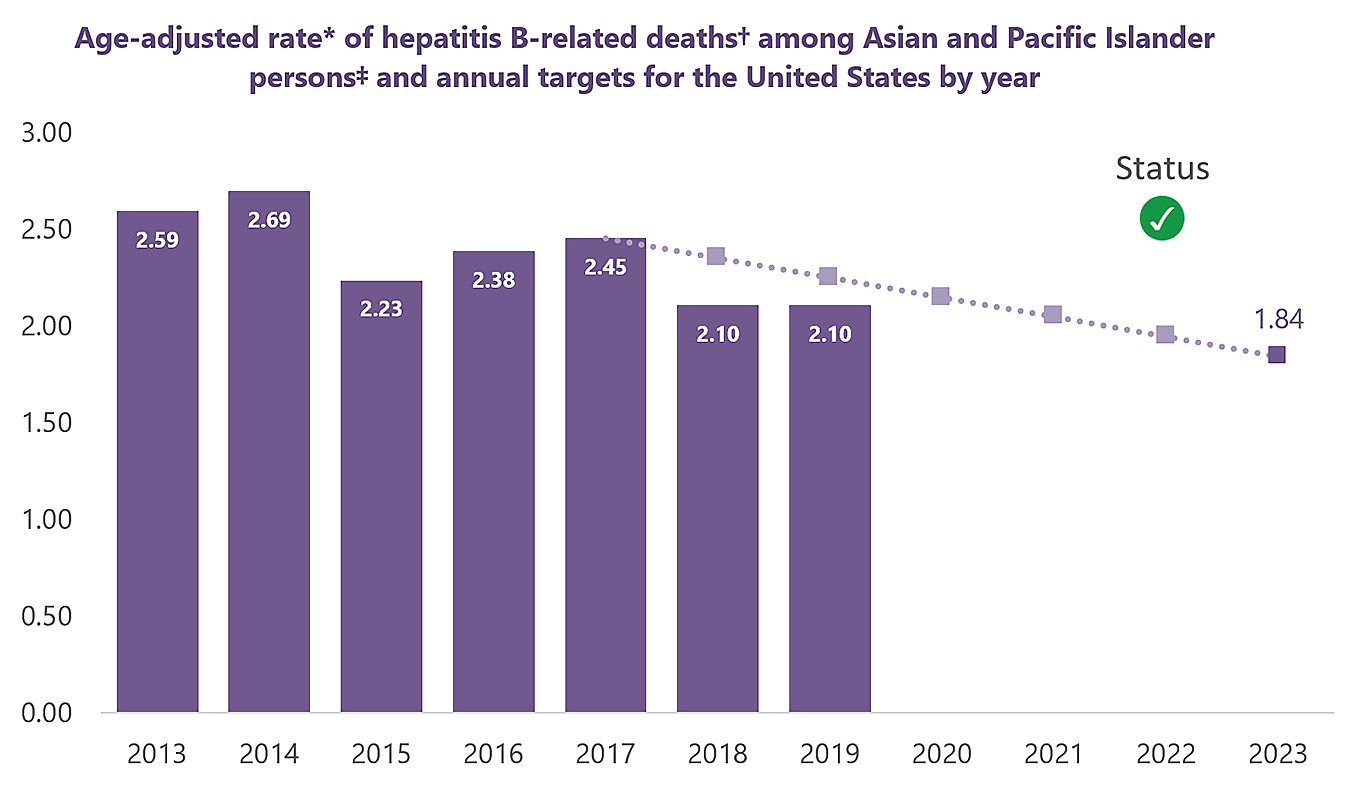 Source: CDC, National Vital Statistics System (1)
*Rates are per 100,000 population and age-adjusted to the 2000 US Standard Population.
†Cause of death is defined as the underlying cause of death or one of the multiple causes of death and is based on the International Classification of Disease, 10th Revision (ICD-10) codes B16, B17.0, B18.0, or B18.1 (2).
‡Excludes those reporting Hispanic or Latino origin.

Numerator: Number of death records among non-Hispanic A/PI persons with a report of hepatitis B listed as the underlying or one of the multiple causes of death

Indicator Notes: (1) Death certificates are completed for all deaths registered in the United States. Information for death certificates is provided to funeral directors or cremation organizations by attending physicians, medical examiners, and coroners. Death certificates are filed in vital statistics offices within each state and the District of Columbia. Through the NVSS, information from death certificates is compiled by CDC to produce national multiple-cause-of-death data; causes of death are coded in accordance with the International Classification of Diseases, Tenth Revision. (2) National multiple-cause mortality data from NVSS were obtained and analyzed, and those death records with a report of hepatitis B (ICD-10: B16, B17.0, B18.0, or B18.1) listed as the underlying or one of the multiple (e.g., contributing) causes of death in the record were enumerated. Rates were calculated as the number of deaths related to hepatitis B among A/PI persons who were US residents in the 50 states and the District of Columbia divided by the total US Census population of A/PI persons in these jurisdictions using the bridged-race postcensal estimates of the July 1 resident population. Rates were standardized to the age distribution of the 2000 US Standard Population.