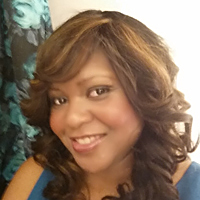 “Ladies, there is no test for ovarian cancer. Until these awesome researchers come up with one, we have to know our bodies!” 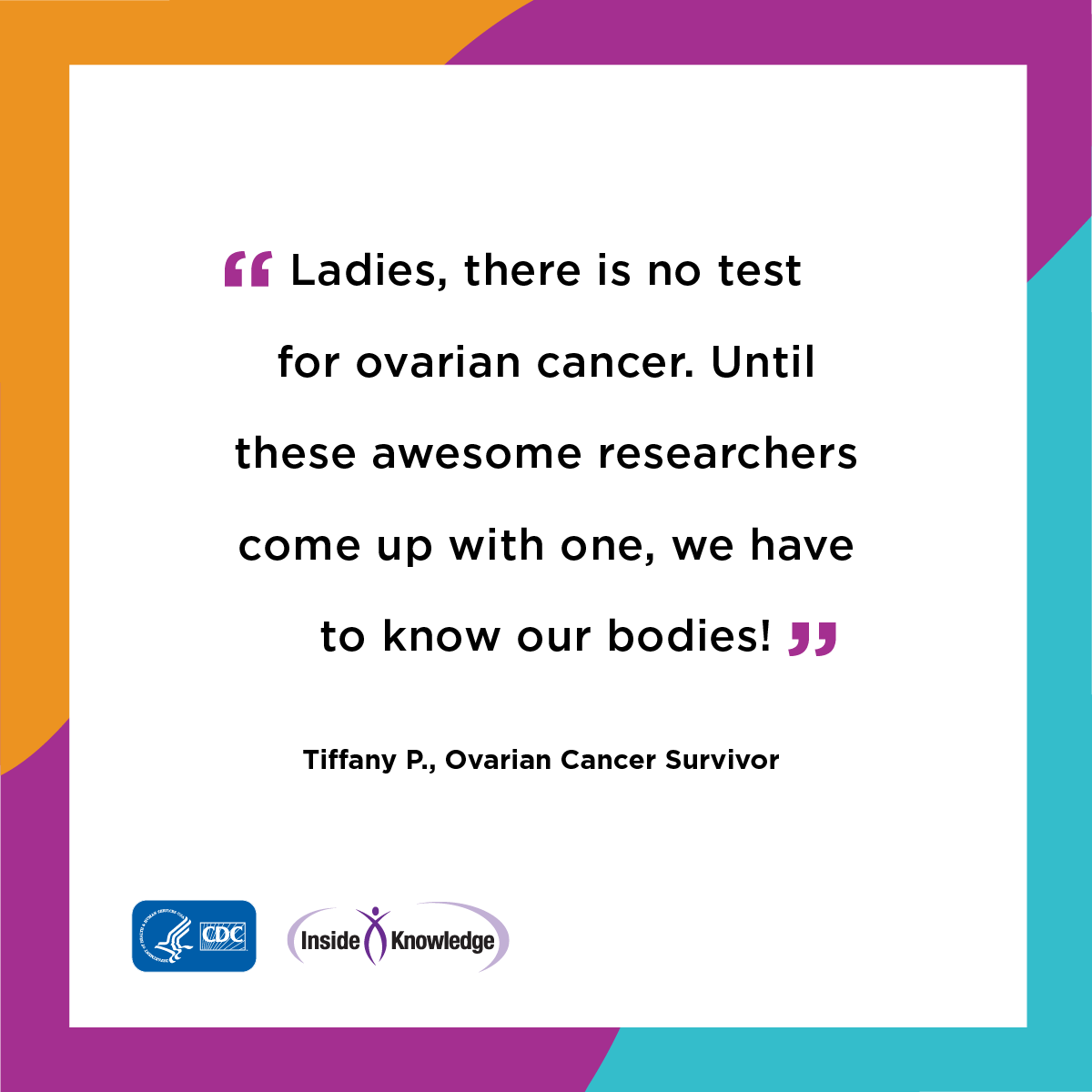 I’m the mother of two beautiful daughters. I work in the insurance industry. I am a diehard college football fan and a Duck Dynasty fanatic!

In March 2013, I started having some bloating and unexplained weight gain. I went to a couple of doctors. I had an X-ray and EGD (Editor’s note: an EGD, also called an upper endoscopy, is a test to examine the lining of the esophagus, stomach, and first part of the small intestine.) All tests and blood work didn’t find anything.

The next month, I went on vacation with my best friend for my birthday. After having an amazing root beer float after our day on the beach, we took a nap. I begin to vomit while I was asleep. I knew then something was really wrong. I went back to the gastroenterologist who had done the EGD. He said I had a disorder that didn’t allow food to properly digest in my body; however, I needed to order my own ultrasound.

Feeling put off, I found another GI doctor who immediately felt my stomach and ordered a CT scan. He called me back to the office and said, “You have ovarian cancer.” I was in shock and became hysterical. I was blessed that my aunt is an oncology nurse. She called an oncologist, who placed me in the hands of one the top gynecologic oncologists in the nation. He performed a radical hysterectomy, and at his suggestion, I underwent six rounds of chemotherapy. I finished treatment in November 2013.

Has cancer changed my life? Absolutely! I had to pick up and relocate to my hometown in a moment’s notice. I’ve lost the ability to bear any more children. There were times during treatment when I was so sick, I literally needed help just taking a bath. I lost my hair five days after the start of treatment. I saw worry in my daughters’ eyes when they looked at their mommy.

But the point is, I’m still able to look into their eyes! And I’m able to take care of the children I have. And I can always adopt!

What do I want to tell other women? Please learn the signs and symptoms of ovarian cancer. The first words out of my mouth when I was diagnosed were, “I’ve never had an abnormal Pap!” (Editor’s note: a Pap test is a test that looks for cervical cancer. It is not a screening test for ovarian or other types of cancer.) Ladies, there is no test for ovarian cancer. And until these awesome doctors and researchers come up with one, we have to know our bodies!