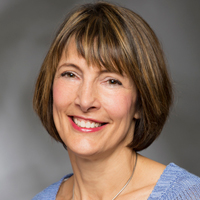 “I just feel incredibly lucky. If I hadn’t mentioned the bleeding and my doctor hadn’t acted as quickly and definitively as she had, the outcome would have been much different.” 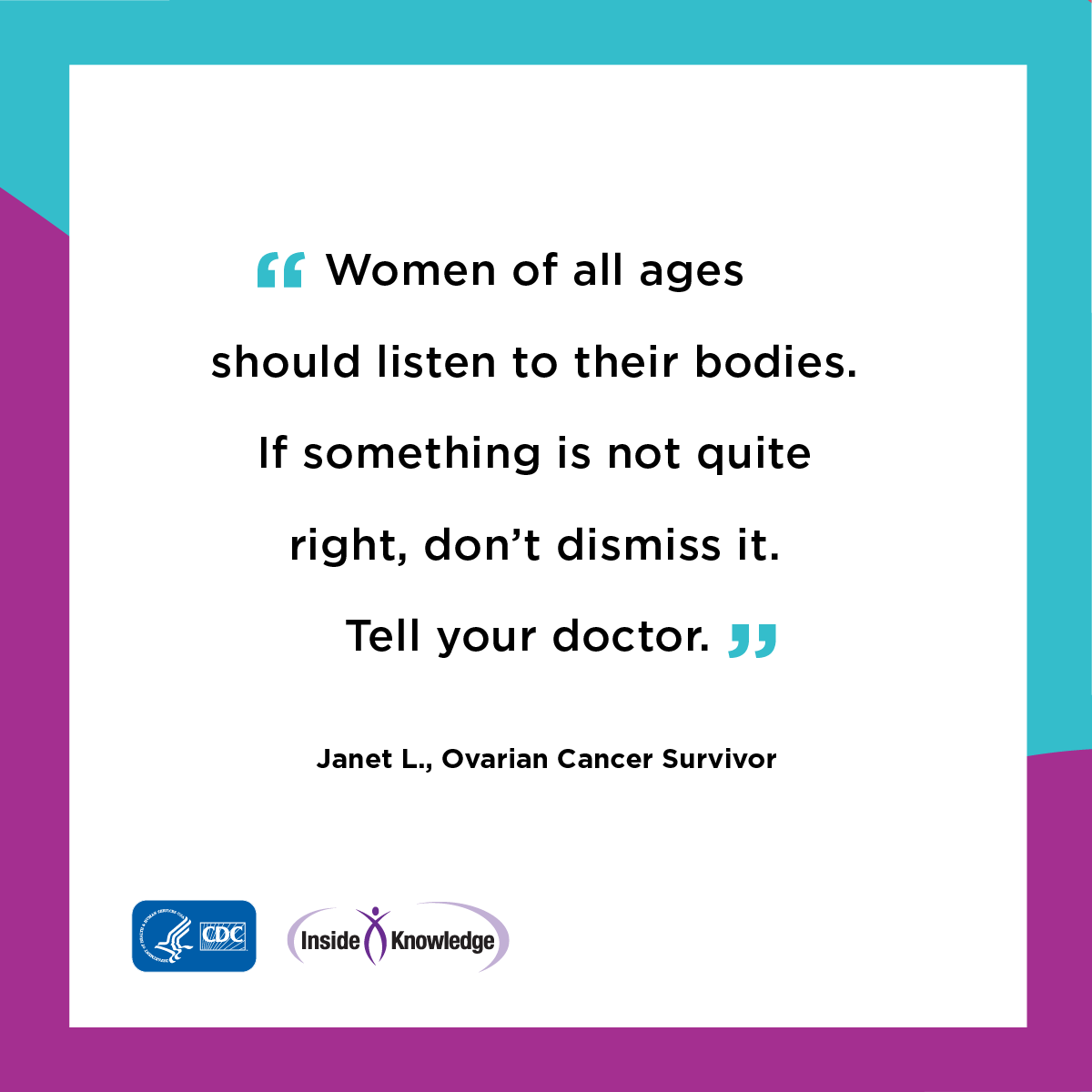 I live in Jenkintown, Pennsylvania, a suburb of Philadelphia, with my husband and two college-age sons. I work full-time as the creative director of a small marketing communications firm. I enjoy my work, cooking for my family, outdoor activities and, when I find the time, creating art.

In the spring of 2013, when I was 54 and thought I was pretty much through menopause, I started having unusual sporadic bleeding in the form of mini periods that happened every few weeks for about three months. I thought it was just another part of menopause and when it stopped, I forgot about it. I was in good health and didn’t have any pain, so I didn’t think there was anything to worry about.

At the end of that year, I saw my gynecologist for my regular Pap test and, almost as an afterthought, mentioned the bleeding. She looked at me with concern and said, “Bleeding is unusual for someone at your age. Let’s find out what’s going on.” She immediately ordered an ultrasound. As soon I got home from the test, my husband told me the doctor had already called. I called her back and that’s when I found out there was a five-centimeter mass on my right ovary. The next step was to get a better picture of it with an MRI. Once that was done, we still didn’t know if the tumor was benign (non-cancerous) or malignant (cancer), so a procedure was scheduled for early February 2014 to remove the ovary and biopsy it. At this point, my gynecologist explained to me that while I was under anesthesia, a pathologist would examine the tumor and if it was malignant, she would perform a total hysterectomy with the assistance of a surgical oncologist. I tried to reassure myself that there was no history of cancer in my family, that the tumor was probably benign and that everything would be fine.

On the day of my surgery, I arrived at the hospital with my husband. Neither of us knew what the outcome would be, but we hoped for the best. The surgery went well, but unfortunately the tumor was cancer and I had the hysterectomy. I don’t remember the surgery, but I do remember waking up in the recovery room and hearing one of the nurses talking about an upset husband. It took me a minute to comprehend that it was my husband she was talking about!

After hearing the worst possible news—ovarian cancer—there was some good news. My tumor was completely contained within the capsule of the ovary. It was categorized as a stage 1A tumor, which meant they removed it all before it had a chance to spread. I was so relieved. In fact, at my follow-up appointment with my oncologist, I was thrilled to learn that I wouldn’t need chemotherapy or radiation. She recommended CAT scans and blood tests for checkups every six months just to be absolutely sure they didn’t miss anything.

As I’m writing this, it’s been nine months now and I feel great. I spent eight weeks at home convalescing from the hysterectomy, but now I’m back to exercising and all of the other activities I normally enjoy. I was cared for by a terrific team of doctors and nurses. I’ve also had a lot of love and support from my family and friends, which has helped bolster my spirits. Most of all, I just feel incredibly lucky. If I hadn’t mentioned the bleeding and my doctor hadn’t acted as quickly and definitively as she had, the outcome would have been much different.

My message to women of all ages is to listen to your body. If you are experiencing something that is different or just not quite right, don’t dismiss it. Tell your doctor. These things saved my life. They could save yours, too.