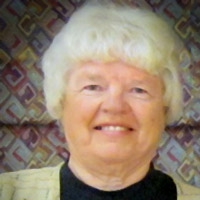 “I feel very fortunate that my body spoke to me.”

In November 2010, when I was 63 years old, I began to experience unrelenting pain in my upper right abdomen and around my right rear flank. It would wake me at night. I went to my family doctor and she ordered abdominal and pelvic ultrasounds. Kidney cysts were reported and I already knew about those. In addition, another cyst was noted—thought to be an ordinary ovarian cyst—although a large one.

The next visit was to my kidney doctor in March 2011. He looked at the ultrasound report, and strongly suggested I see about getting the ovarian cyst removed, just in case it was cancer.

By the time I found a gynecologist to go to, it was December 2011. She did a CA125 test that showed very low numbers, a good thing. She suggested a standard open surgical hysterectomy with biopsies, which would have a recovery time of 4–6 weeks. If the biopsies were positive, she said, I could go to a gynecologic oncologist for additional surgery.

I decided, why not have a gynecologic oncologist do the surgery and take care of everything at the same time? The following August, my gynecologic oncologist was able to perform a complete hysterectomy and remove my right ovary through a laparoscopic (minimally invasive) procedure. (My left ovary had been removed 15 years before because of a cyst.)

Hospital time was less than 36 hours. Recovery time was about 10 days. The ovarian cancer was diagnosed as a clear cell, stage 1C. More than 14 lymph nodes were removed and tested, as well as part of the omentum. (The omentum is the lining of the abdominal cavity.) All those tests were negative for cancer.

The tumor was attached to the rear of the abdominal cavity and was difficult to remove. A mass that large pressing against the kidneys and being attached was probably the reason for the pain I had experienced.

During the follow-up with the doctor, he explained that clear cell is very difficult to treat and often comes back. I asked him if he felt he got it all and he said he felt confident the cancer was contained in the cyst and it didn’t even look like cancer when he sent it to the lab to be tested.

I did lots of research and found that clear cell is not that common and drugs that are typically recommended for ovarian cancers may make the cancer type I had even more aggressive. As a result, I opted for follow-up with PET scans and no chemotherapy. My PET scan in February 2013 was clear. I have had a couple more recent MRIs and CTs which indicate some fluid in the area where the ovaries had been, but it does not appear to be problematic at this time.

I feel very fortunate that my body spoke to me. I’m glad I kept pushing for assistance until I finally found caring health care providers who could get me the care I needed. I learned so much—mostly that you need to be your own best advocate and be willing to do lots of research.