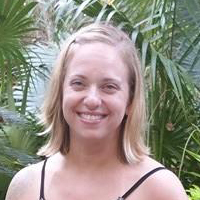 “I was scared and angry when I received my diagnosis, but I decided to face it head on.” 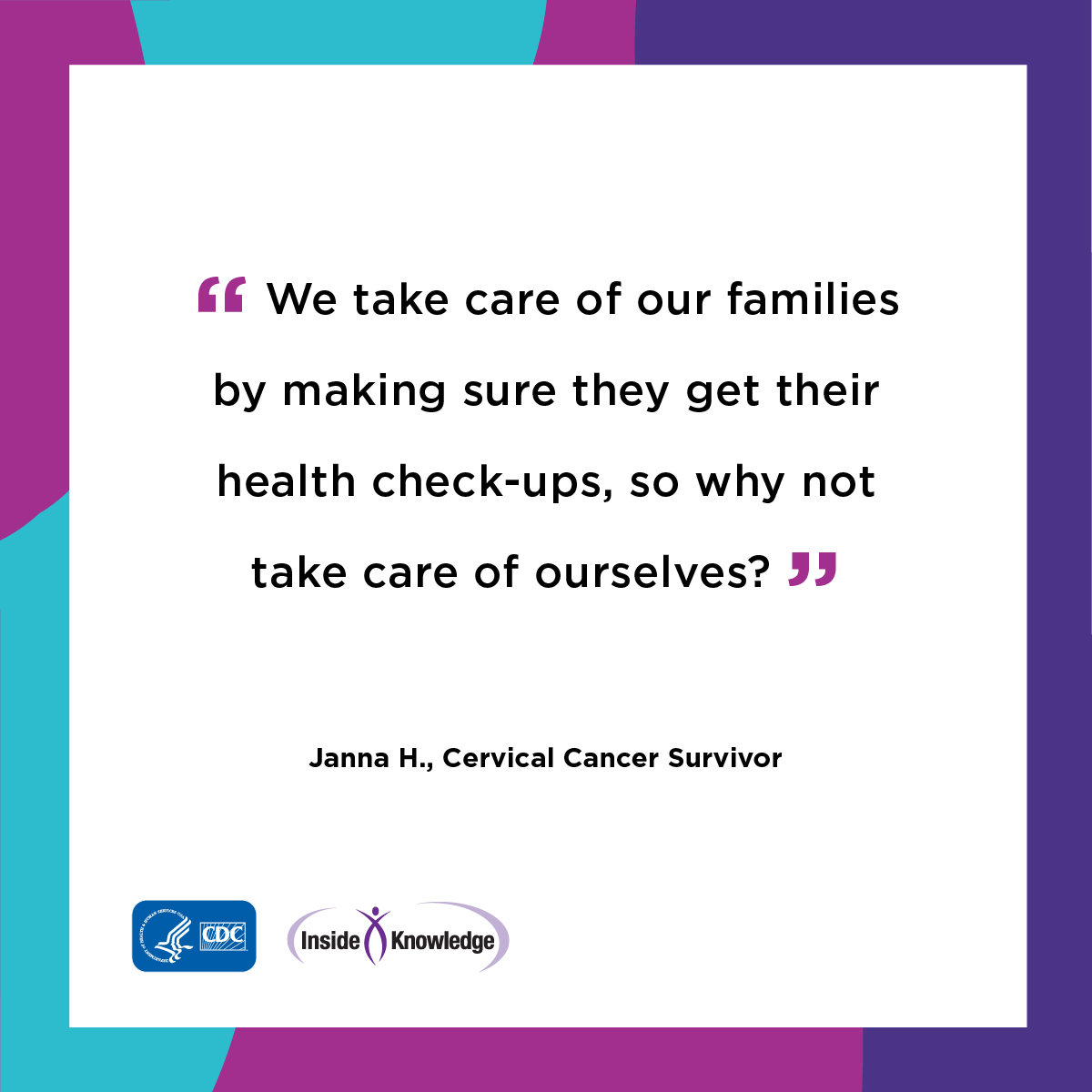 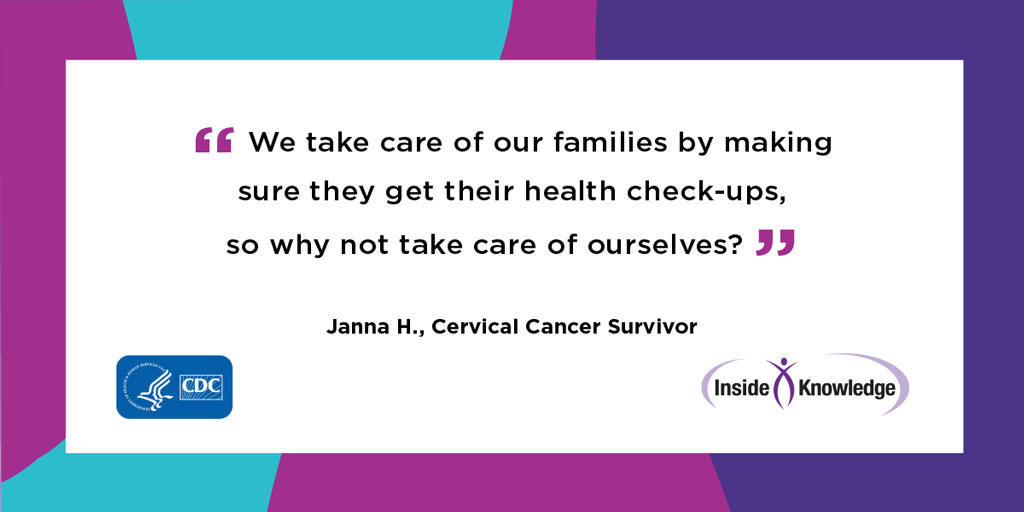 I am a mother of three and stepmother of two children. I am a Major in the Army National Guard and an Audit Manager at the University of Tennessee—Chattanooga. I have been in the military for almost 14 years. I am a cervical cancer survivor. I believe both of my careers helped me keep a level head, research my cancer, and analyze my options.

I have always gone for regular Pap tests. In hindsight, I had a few symptoms but nothing so worrisome that I moved up my regular checkup. I was married for 10 years before my divorce. My former husband had multiple affairs during our marriage, which is how I was exposed to HPV. [Editor’s note: Human papillomavirus (HPV) is the main cause of cervical cancer. It is a common virus that is passed from one person to another during sex. Most people will have HPV at some point in their lives, but few women will get cervical cancer.]

I have always been health-conscious. I eat pretty well, exercise moderately. I have never smoked or done drugs, and I have never engaged in risky sexual behaviors—I considered myself “low risk.”

In June 2014, I went in for my annual OB/GYN [obstetrician/gynecologist] checkup. About a week or two later, I got a call from the nurse telling me my Pap test had come back abnormal, and I needed to come back in for a follow-up appointment. I’ve had abnormal Pap tests in the past, so I didn’t worry too much. Plus my follow-up appointment was scheduled for mid-August, which was weeks away, so I didn’t think it could be all that serious.

During my second appointment, I had a biopsy. The doctor told me not to worry, but I wanted to know the worst-case scenario. She told me worst case was that I would need a hysterectomy. I was told it would be about a week or a little longer, but that I’d get a phone call letting me know the results. Just four days later, I received a call from the doctor telling me she had gotten the results back—they weren’t good. She had already made an appointment with a gynecologic oncologist for me on Wednesday morning, and I needed to be there. I barely made it to my desk…an oncologist. Worst-case scenarios started going through my head.

During my appointment with the gynecologic oncologist, I was scheduled for cone biopsy surgery the next day. Within less than seven days I had gone from being a healthy 32-year-old following up with my OB/GYN to someone with cancer and having surgery.

After my surgery, the oncologist talked to my family and told them while he thought everything was removed, the cancer was larger than expected—he could not be certain until the results came back. Nine days later I received news that I was at stage 1B with a very aggressive form of cervical cancer. He wanted me to come in to discuss my options. We scheduled surgery for a radical hysterectomy. I had to wait six weeks between the cone surgery and the hysterectomy…the longest six weeks of my life. But on September 30th, I had a radical hysterectomy.

While I didn’t think I really wanted to have more children, I did not like that the option was taken from me. And it was taken so quickly. It took time to adjust to that idea I would never hold another baby (of my own) in my arms. I had saved boxes and boxes of baby clothes in my garage “just in case” I ever changed my mind…but after the diagnosis, I went through all the boxes and gave them all away. That was hard.

The surgery and recovery was one of the most painful things I have had to go through, but other than the scars on my stomach, things are pretty much back to normal. I did not need radiation or chemotherapy because the surgery got everything. Yet, I live with the lingering fear that the cancer will come back.

My advice to women is to take your regular OB/GYN appointments seriously. My annual checkup saved my life. We take care of our families making sure they get their health check-ups, so why not take care of ourselves? Often we feel like we take off from work too much to take care of our kids, so how can we take time off yet again for an un-fun date with our OB/GYN? I know I thought about re-scheduling my OB/GYN appointment many times! Most cervical cancer is slow-growing, but not all types. And once it gets past your cervix into other organs, survival rates drop rapidly.

Do the safest, smartest thing for you even if it’s not really what you WANT to do. When I made my decision to have a radical hysterectomy, it wasn’t just for me. It was for my children—so I can be here to see them graduate and get married and have babies of their own. Don’t risk letting cancer spread because you are scared of the possible treatments. I was scared and angry when I received my diagnosis, but I decided to face it head on.