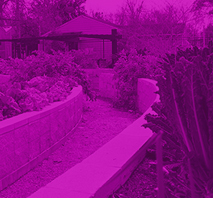 The National Centers of Excellence in Youth Violence Prevention (YVPCs) work to develop academic-community partnerships to advance the science and practice of youth violence prevention. They also build the necessary community capacity to prevent violence-related injury and death among youth in high-burden communities. This work has improved our understanding of the causes and consequences of youth violence, increased our knowledge of how risk and protective factors contribute to or buffer against youth violence, and strengthened the evidence base for youth violence prevention strategies and approaches, including those presented in CDC’s Comprehensive Technical Package for the Prevention of Youth Violence and Associated Risk Behaviors pdf icon[4.09MB, 64Pages, 508].

The YVPCs are demonstrating success preventing violent injuries and death among youth in their communities. As a result, there is now a wealth of scientific evidence supporting strategies that can be implemented among individuals and families, and within schools and communities to effectively reduce and prevent youth violence. The YVPCs are models for other communities across the country working to prevent youth violence. Model strategies include family-based, school-based and environmental- design interventions.

“Now people are feeling energized and have a glimmer of hope that things are changing. Things are starting to head in a positive direction, and residents can actually see it. Not only can they see it, but also many of the people in the community are a part of it.” –Resident of Flint, Michigan

The Michigan YVPC (MI-YVPC) supports and empowers residents to prevent violence by beautifying local neighborhoods. MI-YVPC applies Crime Prevention Through Environmental Design (CPTED) principles to inspire residents to make positive connections with neighbors and take pride in their community. MI-YVPC developed the Clean & Green program to engage the community to maintain vacant lots; those lots had nearly 40% fewer assaults and violent crimes (including murder and non-negligent manslaughter, forcible rape, robbery, and aggravated assault) over a four-year period compared to street segments with vacant, abandoned lots not maintained by the program.

The University of Louisville Youth Violence Prevention Research Center (UofL YVPRC) understands social norms can influence factors that increase risk for youth violence. UofL YVPRC focuses on engaging and empowering local youth through a social norms campaign, called Pride, Peace & Prevention. The campaign promotes cultural and racial pride and strives for a nonviolent peaceful community. UofL YVPRC recognizes the need to spur community dialogue to catalyze action to meaningfully address the root causes of youth violence, such as patterns of inequity, economic disparities, and discrimination. UofL YVPRC recognizes that youth are the experts in their own communities and are vital to sustaining changes needed to prevent violence. The Pride, Peace & Prevention campaign is designing and testing social norms to provide an evidence-based strategy that communities can replicate to prevent youth violence.

“We’re using research to change the narrative about how families who live in high burden neighborhoods are viewed.” – Dr. Deborah Gorman-Smith

The Chicago Center for Youth Violence Prevention (CCYVP) recognizes how essential strong families are to preventing youth violence. But families often need some support, particularly those living in neighborhoods experiencing concentrated disadvantage and high rates of violence. CCYVP is using evidence-based practices to build support networks and provide positive experiences to people and families who seek support so that they are more likely to feel comfortable reaching out for help in the future.

Chicago Center for Youth Violence Prevention (CCYVP)external iconexternal iconexternal icon
CCYVP developed successful community collaborations that resulted in reductions in youth violence and promoted the healthy development of youth in several Chicago area schools and neighborhoods. Over five years, homicides decreased by 17% in the Humboldt Park neighborhood as a result of implementing a comprehensive set of youth violence prevention strategies. During this same time period, homicides increased by 10% in other similar communities and 9% across the city.

Michigan Youth Violence Prevention Center (MI-YVPC)external iconexternal icon
MI-YVPC developed successful community collaborations that resulted in the healthy development of youth in neighborhoods in Flint, MI. An evaluation of a comprehensive set of six preventive strategies saw a 38% decrease in youth assault-related injuries from those seeking treatment in a local emergency room, and a 25% decrease in youths’ likelihood of being victims of a violent assault in the intervention area than compared to those in a comparison area.

North Carolina Youth Violence Prevention Center (NC-YVPC)external iconexternal icon
NC-YVPC showed reductions in youth violence and associated behaviors in Robeson County, NC, by using three prevention strategies that focused on promoting self-esteem; increasing behaviors such as helping, sharing, donating, and volunteering; improving parenting skills/parent-child communication; and improving the outcomes of youth in the juvenile court system. Robeson County experienced a 47% reduction in illegal behavior that took place outside of school, an 18% reduction in aggravated assaults committed by youth, and a 10% reduction in illegal behaviors that took place on school grounds.