Related Pages
What is sexual violence?

Sexual violence is sexual activity when consent in not obtained or not freely given. It is a serious public health problem in the United States. Sexual violence impacts every community and affects people of all genders, sexual orientations, and ages—anyone can experience or perpetrate sexual violence. The perpetrator of sexual violence is usually someone known to the victim, such as a friend, current or former intimate partner, coworker, neighbor, or family member.

Sexual violence affects millions of people each year in the United States. Researchers know that the numbers underestimate this significant problem as many cases go unreported. Victims may be ashamed, embarrassed, or afraid to tell the police, friends, or family about the violence. Victims may also keep quiet because they have been threatened with further harm if they tell anyone or do not think that anyone will help them.

Still, we do have data that show:

The consequences of sexual violence are physical, like bruising and genital injuries, and psychological, such as depression, anxiety and suicidal thoughts.

The trauma resulting from sexual violence can have an impact on a survivor’s employment in terms of time off from work, diminished performance, job loss, or being unable to work. These disrupt earning power and have a long-term effect on the economic well-being of survivors and their families. Readjustment after victimization can be challenging: victims may have difficulty in their personal relationships, in returning to work or school, and in regaining a sense of normalcy.

See Sexual Violence Resources for articles, publications, and data sources about the consequences of sexual violence.

Top of Page
How can we stop sexual violence before it starts? 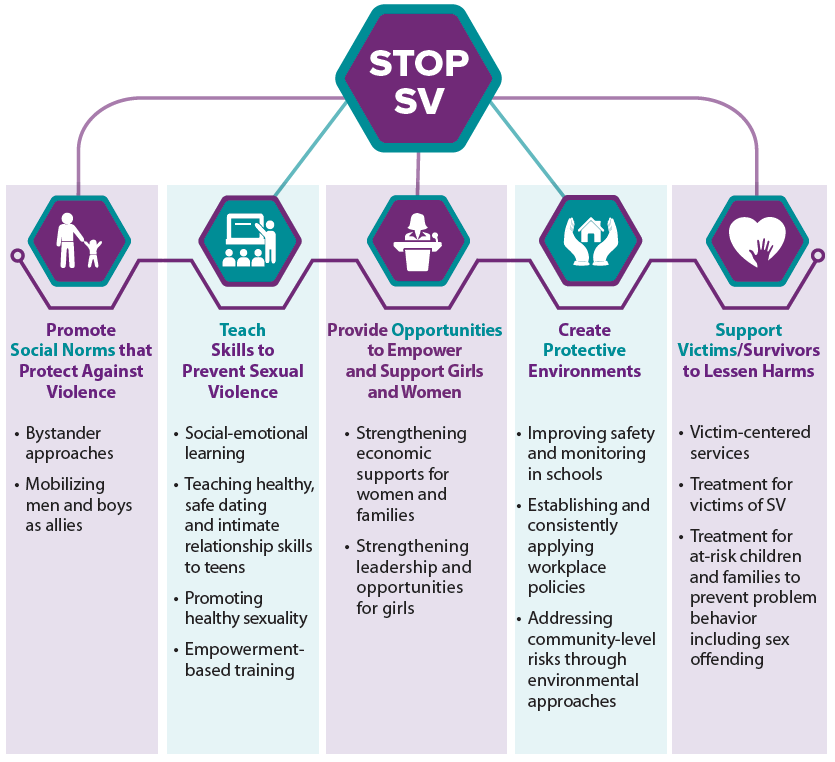