By age 33, Kristy, a mother from Tennessee, had already been a heavy smoker for 20 years. She developed smoker’s cough and shortness of breath. Kristy tried using electronic cigarettes (e-cigarettes) as a way to cut back on cigarette smoking, but she continued to smoke regular cigarettes. Kristy’s cough didn’t get better, and eventually, she stopped using e-cigarettes and went back to smoking only regular cigarettes. A few months later, Kristy’s right lung collapsed. She spent 2 weeks in the hospital on pain medicine while doctors inserted chest tubes and did surgery to repair her collapsed lung. Kristy’s doctors also found early COPD, a lung disease that makes it harder and harder to breathe. COPD stands for chronic obstructive pulmonary disease. That was when she stopped smoking cigarettes completely.

Today, Kristy is thankful that she quit smoking. “I can actually breathe,” she said. “I can play with my kids. When I smoked, I had no energy. It just affected my whole life!” Kristy hopes that sharing her story will help other people quit smoking as soon as possible.

Kristy G.’s Tip
Low Resolution Video
By age 33, Kristy had been a heavy smoker for 20 years. She tried using electronic cigarettes (e-cigarettes) to quit cigarette smoking, but continued to smoke regular cigarettes. She eventually stopped using e-cigarettes and went back to smoking regular cigarettes. In this ad from CDC’s Tips From Former Smokers® campaign, Kristy talks about how she quit for good after her lung collapsed from smoking.
Kristy G.: It Wasn’t Better for Me
Low Resolution Video
Kristy tried using e-cigarettes to help her stop smoking, but never quit smoking regular cigarettes completely. Only after her lung collapsed did she realize she had to stop smoking cigarettes completely.
Kristy G.: Fear of What Comes Next
Low Resolution Video
Kristy is a 36-year-old truck driver from Tennessee who used to smoke cigarettes to help pass time. In this video from CDC’s Tips From Former Smokers campaign, Kristy explains what happened after one trip. She was rushed to the hospital, struggling to breathe. Her lung had collapsed. After surgery and a long recovery, she vowed never to smoke again.
On This Page
Free Quitting Resources
Web
Smartphone Apps/Text
Telephone
Free Quitting Resources
Web
Smartphone Apps/Text
Telephone

Kristy grew up in a small town in Tennessee and smoked her first cigarette at age 13 with an older sister. Many of her friends and family members smoked. Kristy followed in their footsteps and became a regular smoker. By age 33, Kristy had been smoking for 20 years. She smoked three packs a day, had developed a deep smoker’s cough, and was short of breath. 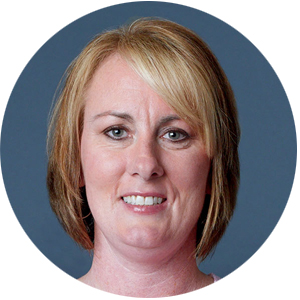 Kristy tried using electronic cigarettes (e-cigarettes) as a way to cut back on cigarette smoking, but she continued to smoke regular cigarettes. Her cough didn’t get better, and eventually, Kristy stopped using e-cigarettes and went back to smoking only regular cigarettes. A few months later, her right lung collapsed, which can be life threatening. She was rushed to the hospital. Kristy spent 2 weeks there on powerful pain medicine as doctors inserted chest tubes and performed surgery to repair her collapsed lung. Tests also showed that Kristy had the beginning stages of emphysema and COPD, lung diseases that make it harder and harder to breathe and have no cure. COPD stands for chronic obstructive pulmonary disease.

Kristy’s collapsed lung was a wake-up call—sudden and terrifying. “I felt like somebody was stabbing me in the back and I couldn’t catch my breath.” Kristy, a long-haul truck driver, had just climbed out of her truck after many days on the road away from home. “It scared me—the fact that I had just gotten home and then my lung collapsed,” she said. “If I had been out on the road, by myself, what would I have done?”

It was frightening for Kristy’s husband and children to see her laid up in the hospital, struggling to breathe. Her 7-year-old daughter didn’t want to leave her mother’s side. “My youngest, she really broke down,” said Kristy.

Kristy had tried to quit smoking many times before she landed in the hospital, gasping for breath, with only one lung working. But each time she tried, stressful events would send her reaching for a cigarette. Kristy hoped that e-cigarettes would help, but she found that every afternoon, she still craved regular cigarettes.

Today, Kristy is happy that she quit smoking completely. Her life is easier; she has more money now that she’s no longer buying cigarettes and she feels much better. “I can actually breathe,” she said. “I can play with my kids. When I smoked, I had no energy. It just affected my whole life!”

But many people that Kristy loves still smoke, including some family members. “I preach to them constantly!” she said. Kristy hopes that sharing her story will inspire smokers to do whatever it takes to quit, and the sooner the better. She lost her father early to a smoking-related disease. “Even if it’s not my family that I help, I would hope there’s somebody out there that it will help. You know—a mother with kids, so that she lives longer. People like my dad; I didn’t have to lose him at the young age that I lost him.” 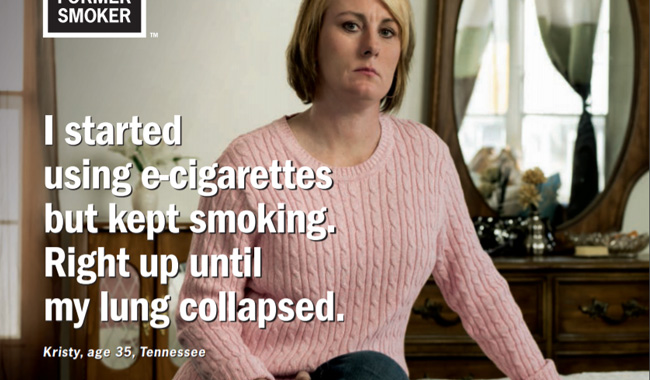 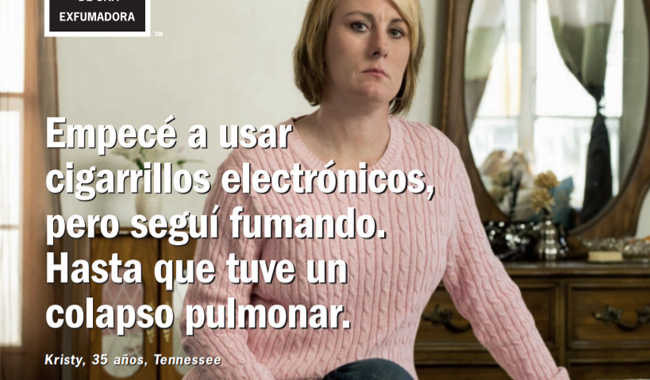 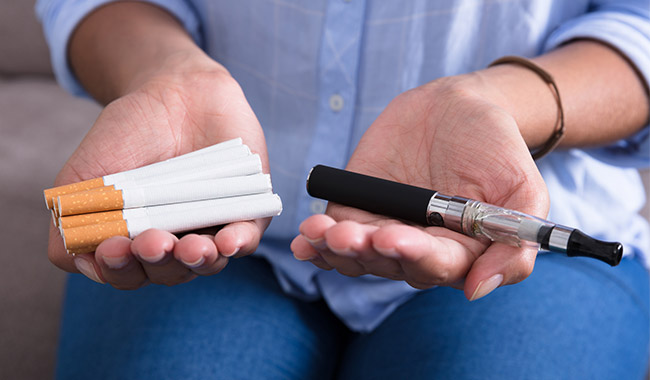 Dual Use of Tobacco Products
Get the Facts