The David J. Sencer CDC Museum Public Health Academy Teen Newsletter introduces teens to different public health topics that CDC studies. Each newsletter provides an Introduction, explains CDC’s Work, breaks down the topic using the Public Health Approach, gives you a behind the scenes look at historical items Out of the CDC Museum Collection, and offers a live Teen Talk where teens can learn from CDC experts.

Be sure to join the live Newsletter Teen Talk on June 21, 2022, at 8pm ET. Register for this free experience!

On This Page
Introduction – Tribal Health

Although AI/AN people have many differences, they often share similar experiences with and approaches to maintaining the health and wellness of their communities. For many thousands of years, AI/AN people have practiced the art of medicine and wellness. Therefore, it is no surprise that they have made substantial contributions to public health. 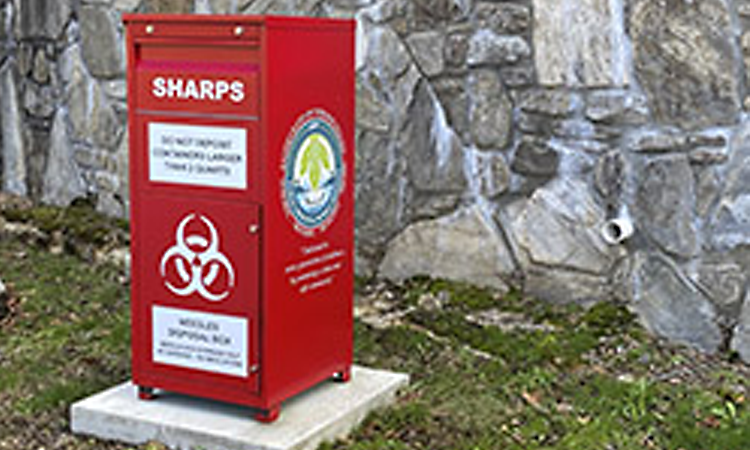 AI/AN communities have innate strengths and resilience rooted in tribal culture and traditional ways of life. However, AI/AN culture and traditions have been severely disrupted by colonialism, loss of land, and policies (such as assimilation, relocation, and tribal termination) resulting in historical trauma, contributing to higher rates of chronic disease and underlying risk factors.

Did you know that AI/AN people have higher rates of chronic diseases compared to other ethnic groups in the United States? AI/AN people 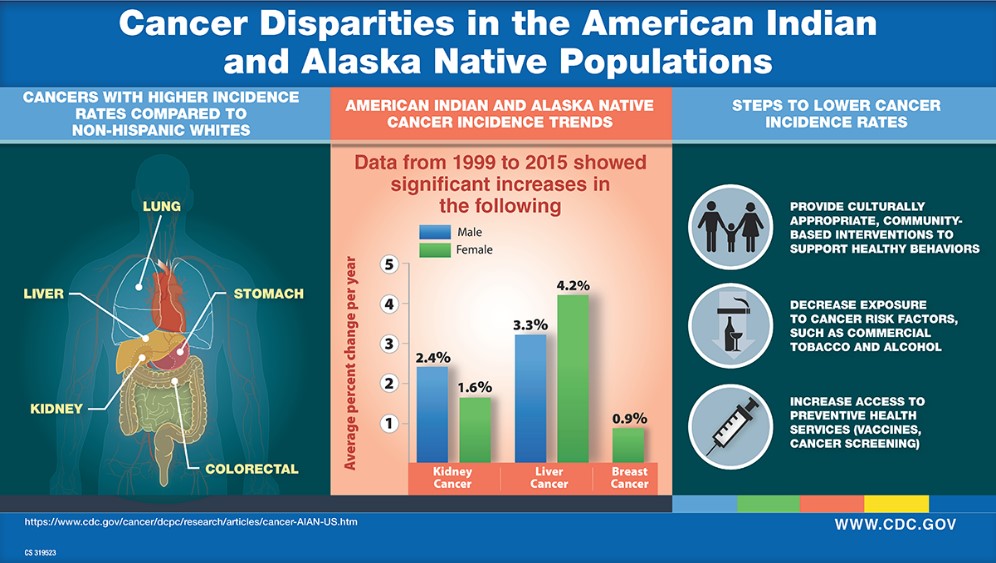 Cancer Disparities in the American Indian and Alaska Native Populations

Data from 1999 to 2015 showed significant increases in the following

There are multiple centers at CDC that work on tribal health. 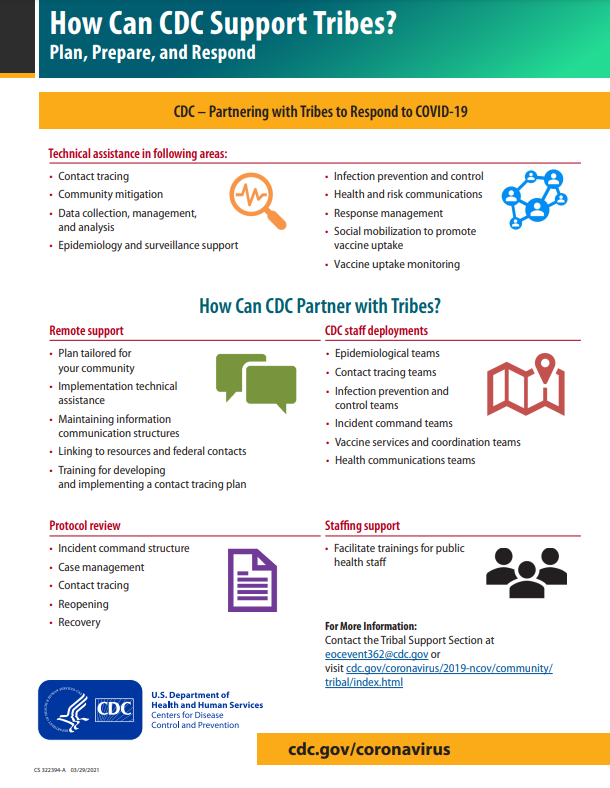 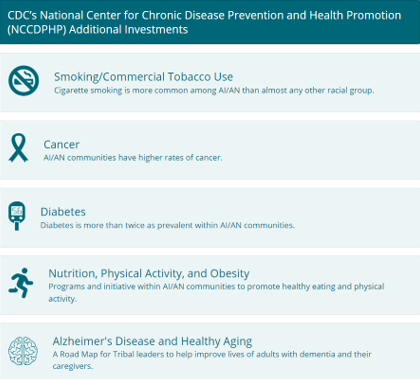 As partnerships and programs are built and expanded in Indian Country, DPH also aims to address the social determinants of health that are fundamental to success and sustainability of the work. Visit the sections below to learn how the CDC and tribal communities are working together to achieve these goals.

Furthermore, many tribal people, like Seh Welch and Delight Satter, represent their community’s values and beliefs through their work at CDC. Their contributions while working at CDC help form more direct connections with tribal nations. Learn about their involvement in the video below.

For ease of explaining and understanding the public health approach for tribal health, let’s focus on the COVID-19 case investigation and contact tracing program of the Spirit Lake Tribe in North Dakota.

Out of the CDC Museum Collection – Tribal Health

This month’s Out of the CDC Museum Collection features past exhibitions related to tribal health.

First is an exhibit of original artwork that was on exhibition at the David J. Sencer CDC Museum in 2006 – Through the Eyes of the Eagle: Illustrating Healthy Living for Children.

The Eagle Books exhibit featured the 65 original watercolors used in diabetes prevention stories for Native American children and all those interested in the road to healthy living. For thousands of years, Native Americans have told stories to pass on their history, knowledge, and culture to future generations. In the Eagle Books, a wise eagle is the tribal elder, who teaches traditional ways of health that children can remember and retell in their homes, schools, and communities.

A national tour of the exhibit began in October 2008 at the National Museum of the American Indian in Washington, DC and at the George Gustav Heye Center in New York, both Smithsonian Institution Museums. From 2009-14, the exhibition was displayed from coast to coast at 15 venues in 10 states. The final stop was Chickasaw Cultural Center in Sulphur, OK. 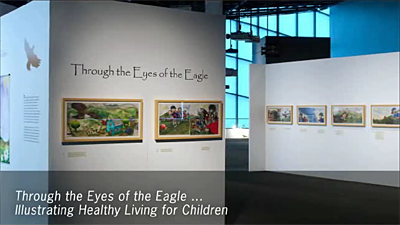 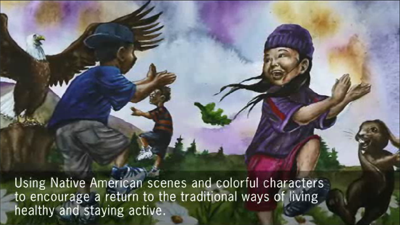 The Eagle Books were developed in response to the burden of diabetes among Native Americans and the lack of diabetes prevention materials for Native American children. CDC, the Indian Health Service, and the Tribal Leaders Diabetes Committee worked together to create this series. It is widely distributed in Native communities across the United States. There are four books for K–4 readers, plus three chapter books and a graphic novel for readers in grades 5–8. All books and activities can be ordered or downloaded for free. 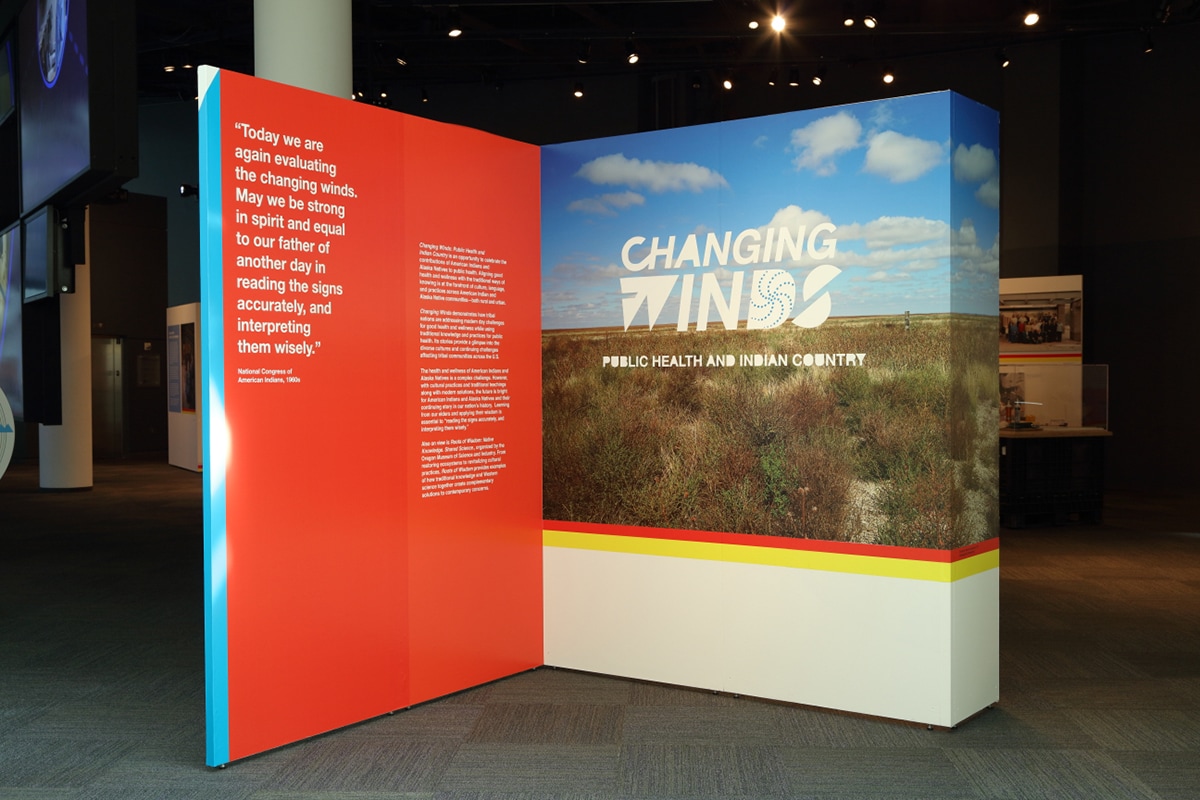 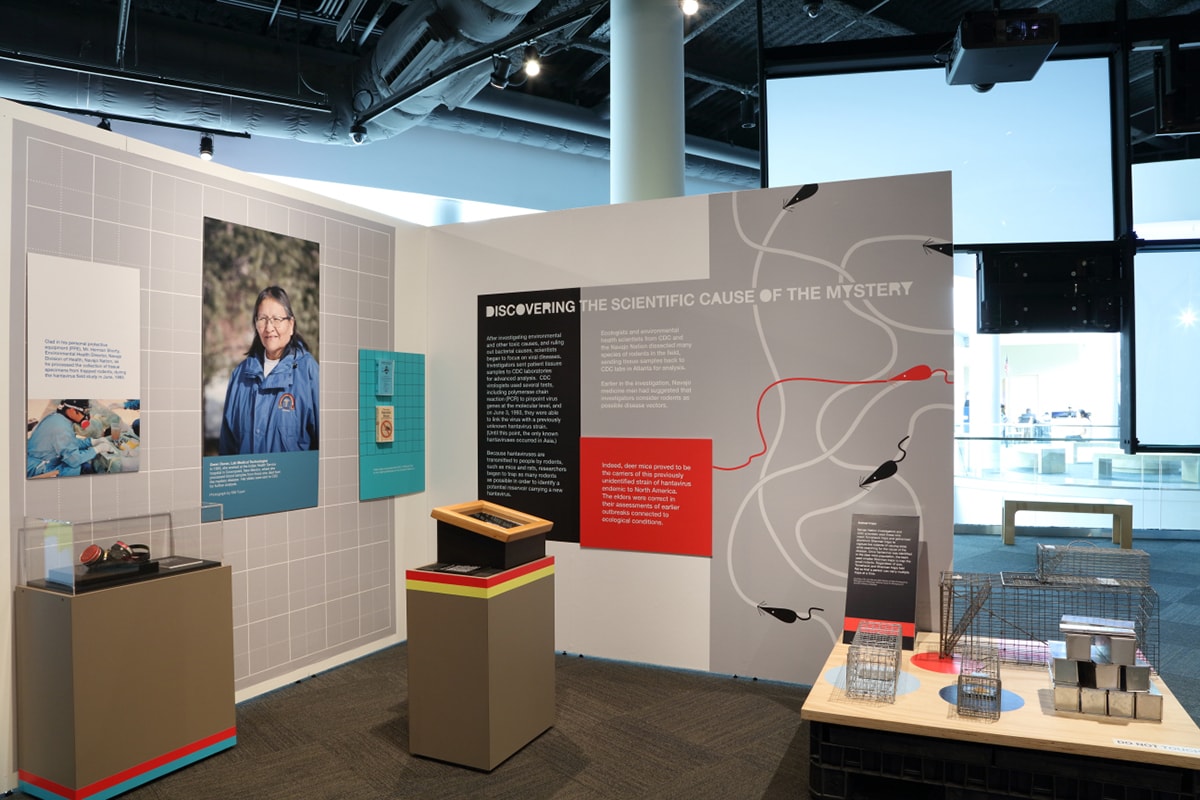 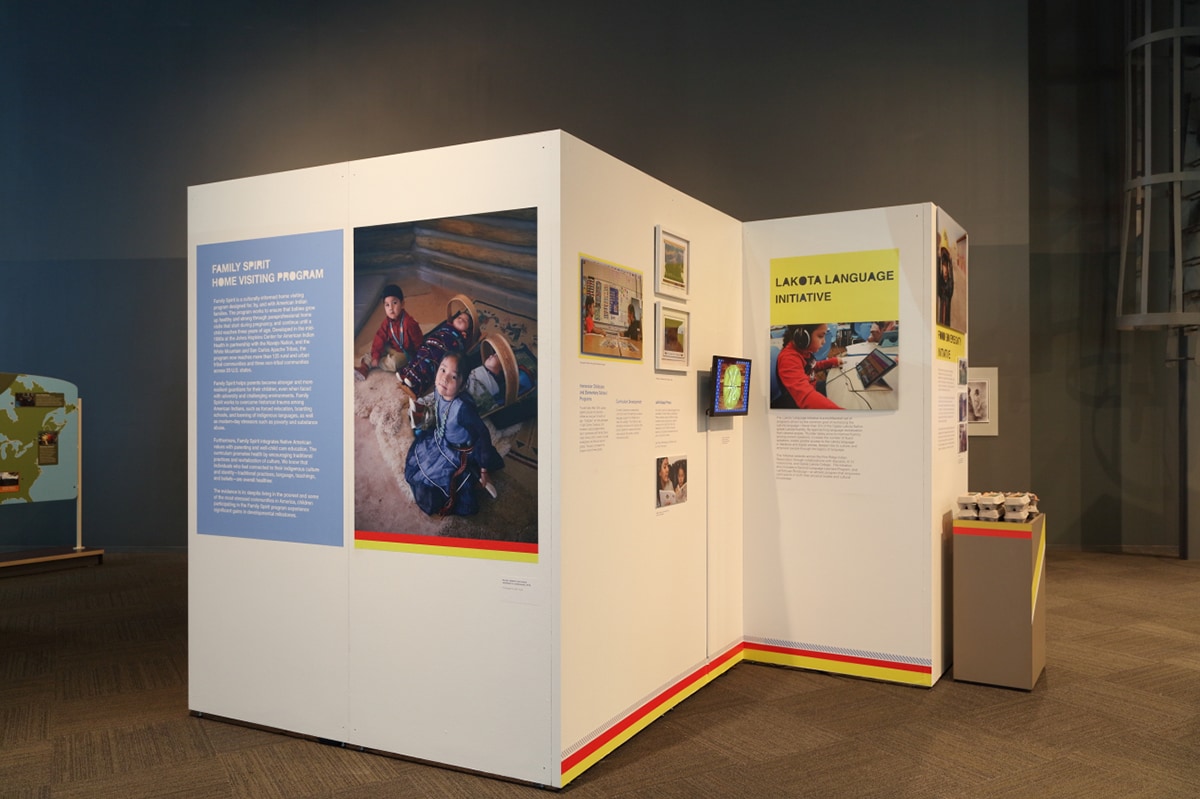 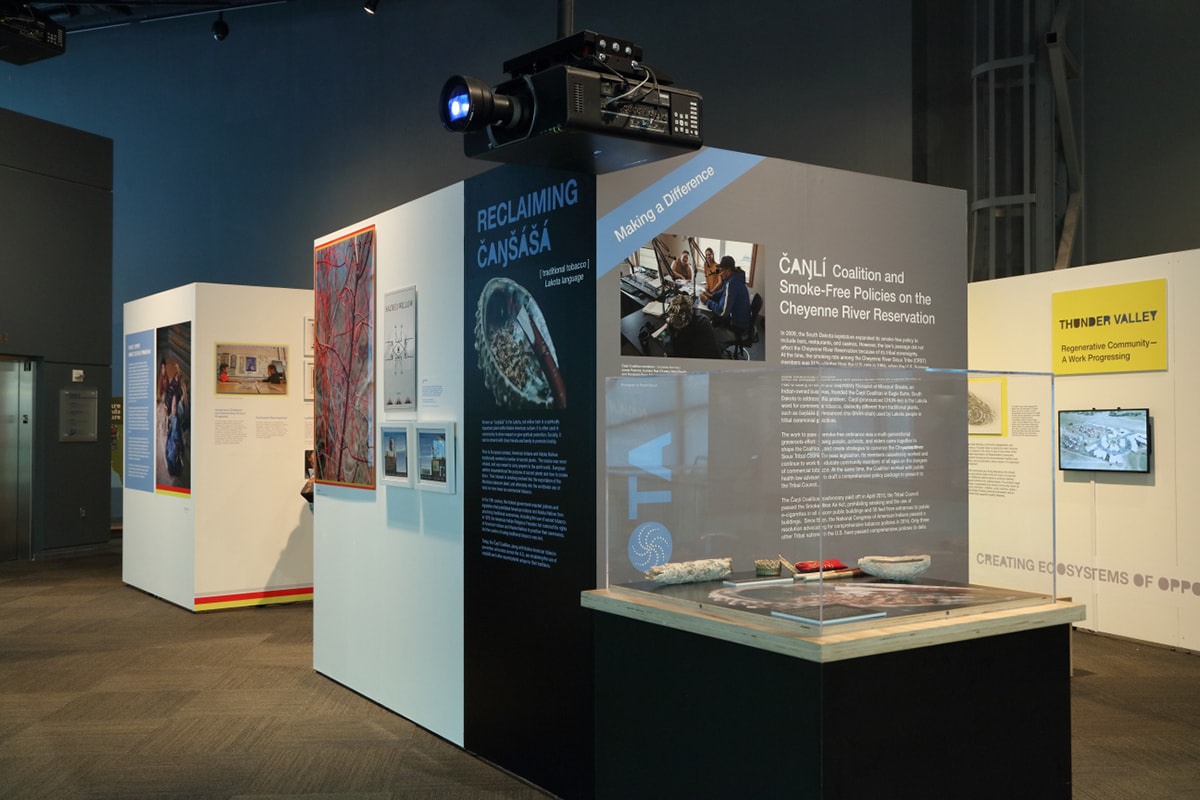 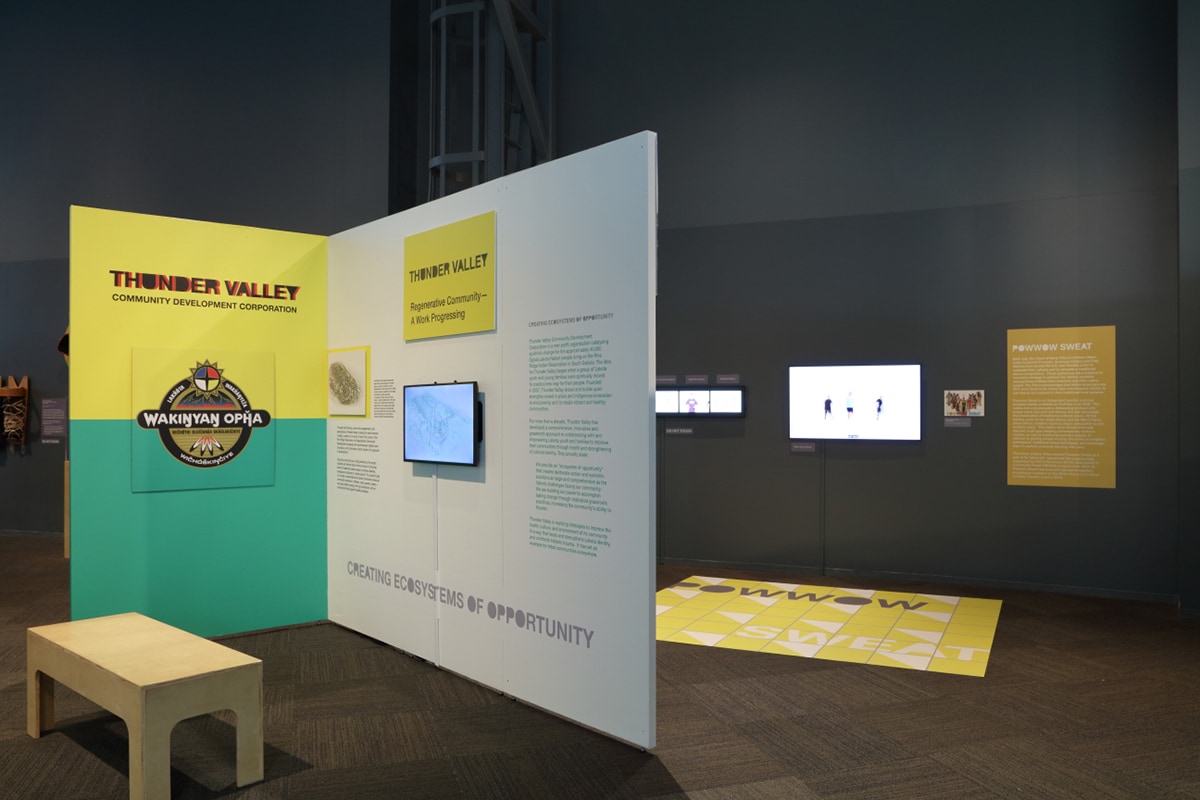 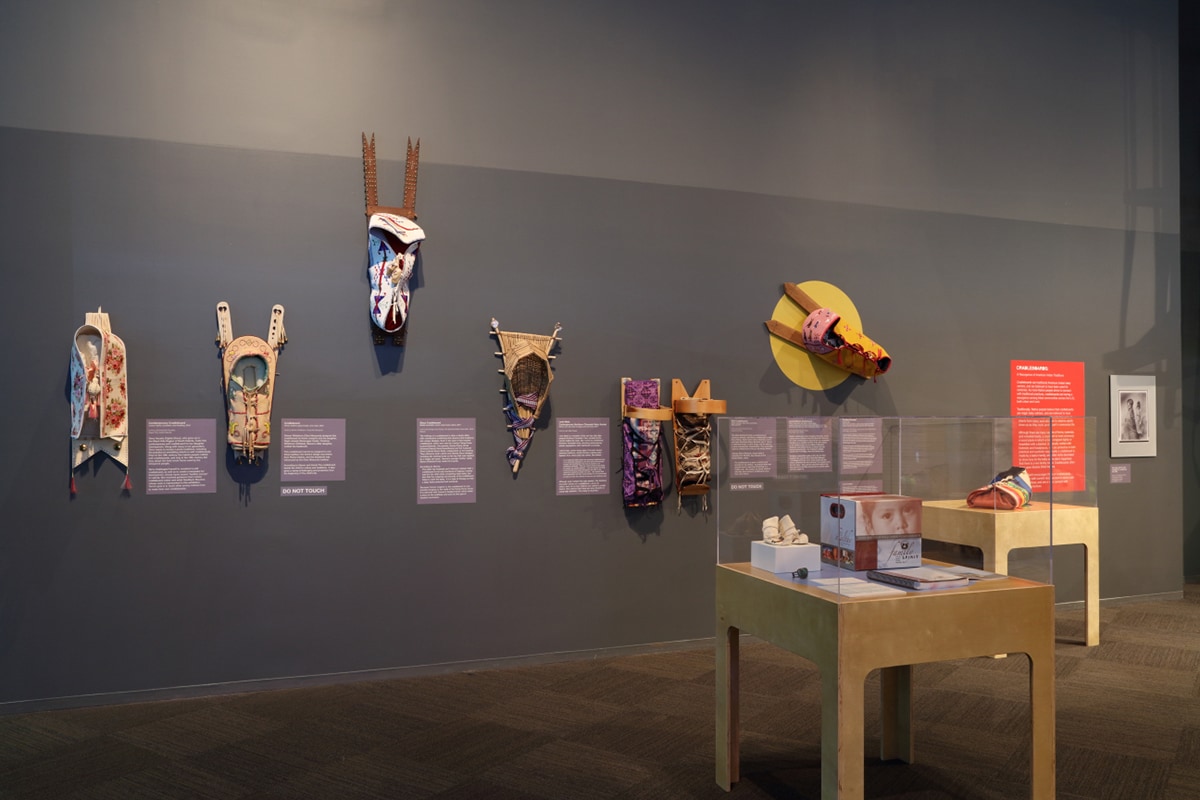 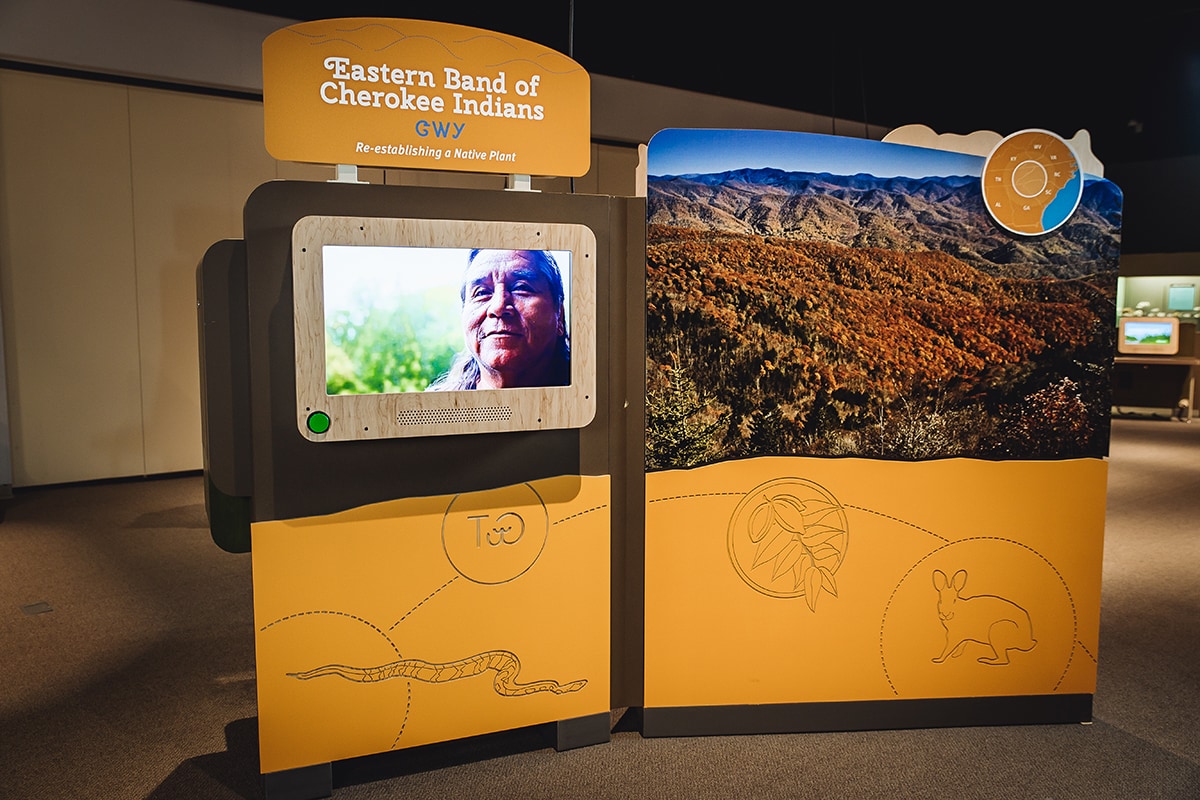 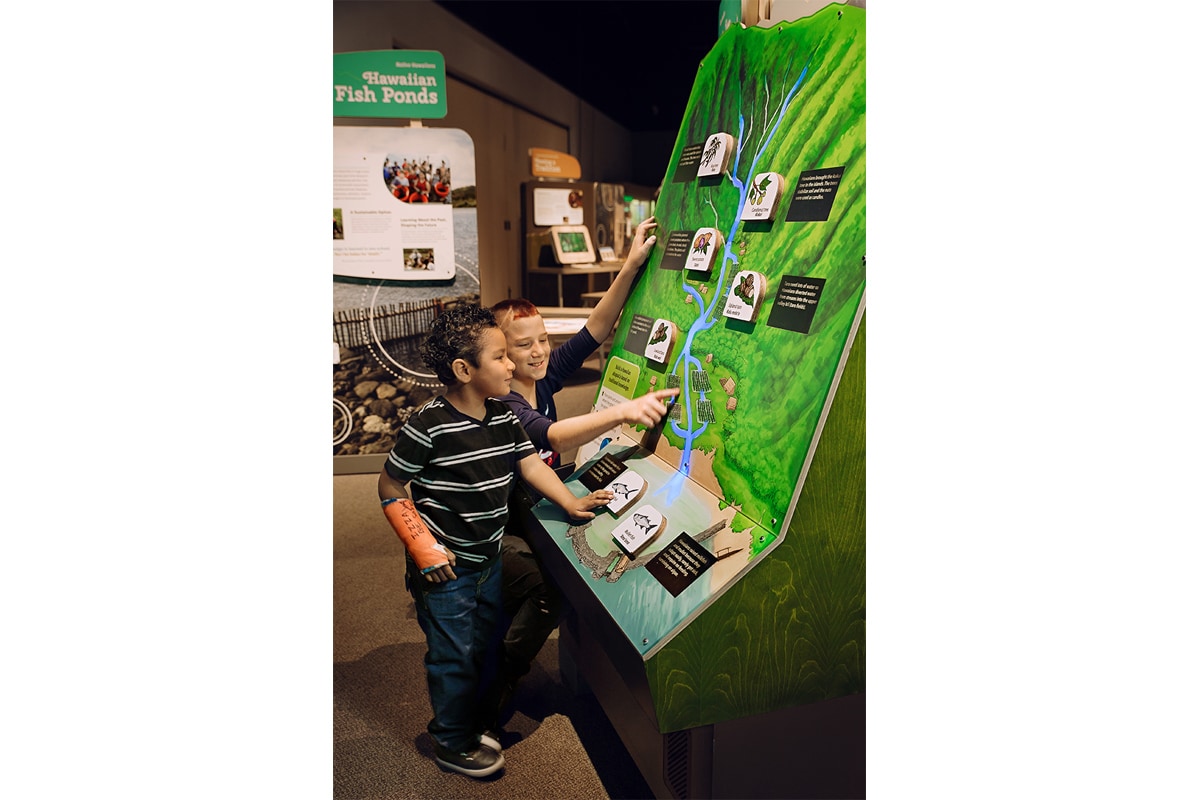 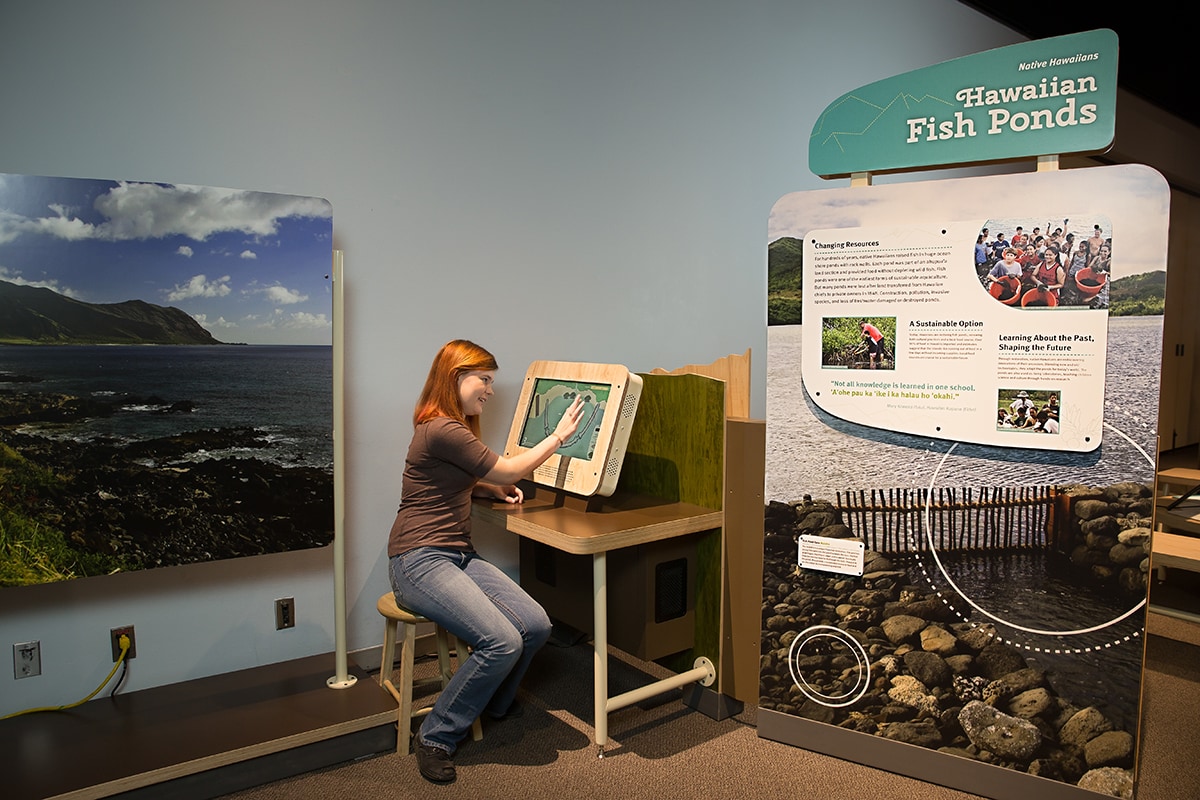 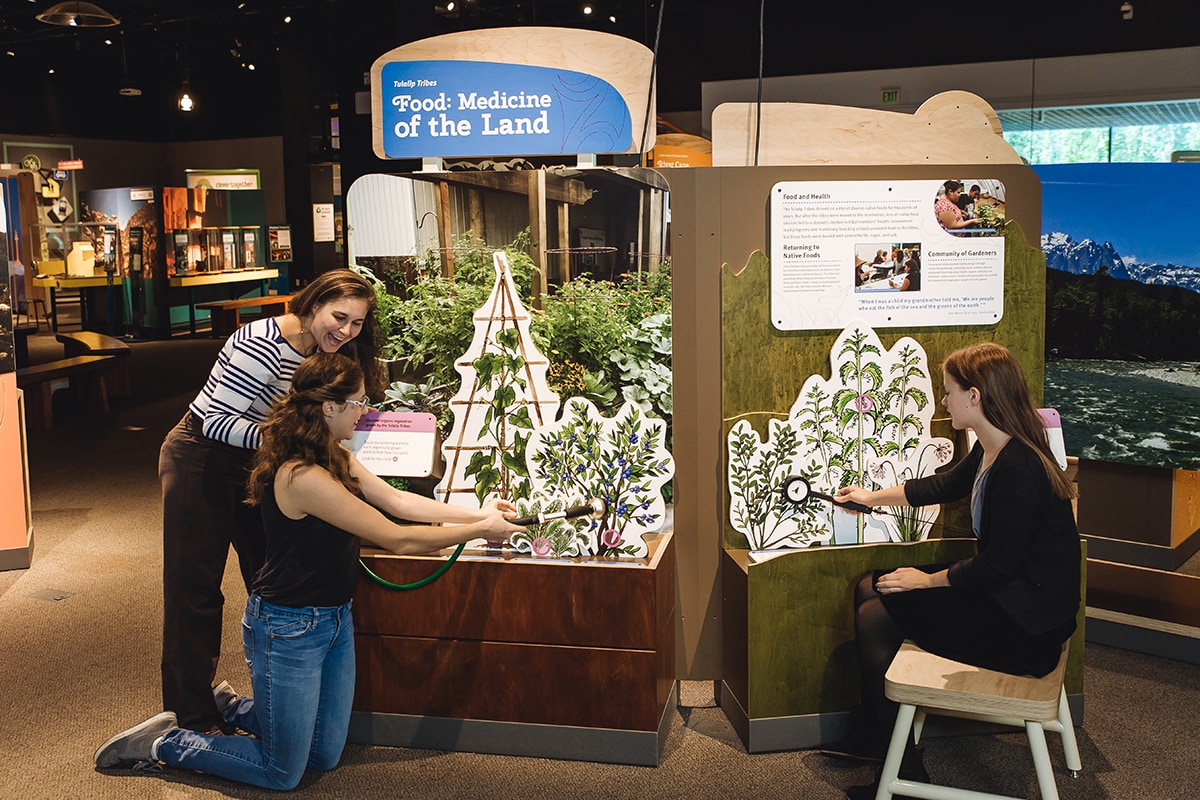