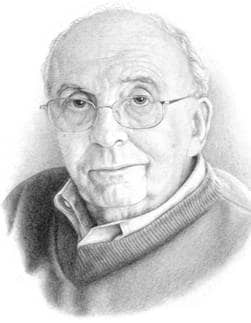 In the early years of CDC′s history, the ideas that came to fruition were often those of Joseph Mountin. Beginning in 1966, they were those of David Sencer. The institution became his lengthened shadow.

David J. Sencer, MD, MPH, the longest serving director of CDC (1966-1977), was a thoughtful and vibrant public health giant, and an ardent believer in the importance of preserving CDC history. Under his personable, hands-on leadership, CDC expanded dramatically, adding many global and domestic programs, from malaria and disaster relief to reproductive health and tobacco control. His far-reaching vision led to the first and only worldwide eradication of a disease – smallpox.

Dr. Sencer received his MD from the University of Michigan in 1951, and his MPH from Harvard University in 1958.  He joined the Public Health Service in 1955, after an internship and residency in internal medicine at University Hospital in Ann Arbor.  After working in Idaho and Georgia health departments, he served as Assistant Director of the Communicable Disease Center (CDC) in 1960.

In 1966, he became Director of the newly-named Center for Disease Control, developing an institution that served state and local health departments in all areas of public health. He was especially proud of the recognition he received as an honorary member of the Epidemic Intelligence Service and an honorary public health advisor, and remained a strong supporter of these two core career series at CDC.

Dr. Sencer was Senior Vice President for Medical and Scientific Affairs of Becton Dickenson and Company from 1977-1981, and in 1982 began four years of service as Commissioner of Health in New York City. He became a consultant for international health activities from 1986-93, and in retirement, never stopped looking for projects and activities. He recently established the Global Health Chronicles with Emory′s Rollins School of Public Health, Global Health Institute, Woodruff Library, and the CDC Museum. The work will go on – adding the genesis of CDC and malaria control to the chronicles of smallpox and Guinea worm disease.

For many years, Dr. Sencer was a trusted advisor and friend to CDC leaders, and he generously gave his time to employees, students, teachers, and all those interested in public health. His influence will continue to be felt by millions of people, both in this country and around the world.