Related Pages
What is Elder Abuse? 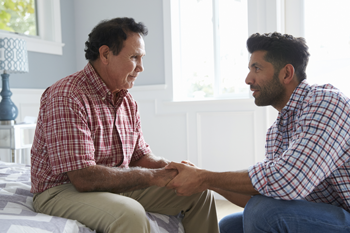 Elder abuse is an intentional act or failure to act that causes or creates a risk of harm to an older adult. An older adult is someone age 60 or older. The abuse occurs at the hands of a caregiver or a person the elder trusts. Common types of elder abuse include:

Elder abuse is a serious problem in the United States. The available information is an underestimate of the problem because the number of nonfatal injuries is limited to older adults who are treated in emergency departments. The information doesn’t include those treated by other providers or those that do not need or do not seek treatment. Additionally, many cases are not reported because elders are afraid or unable to tell police, friends, or family about the violence. Victims have to decide whether to tell someone they are being hurt or continue being abused by someone they depend upon or care for deeply.

Elder abuse is common. Abuse, including neglect and exploitation, is experienced by about 1 in 10 people aged 60 and older who live at home. From 2002 to 2016, more than 643,000 older adults were treated in the emergency department for nonfatal assaults and over 19,000 homicides occurred.

Some groups have higher rates of abuse than others. Compared with women, men had higher rates of both nonfatal assaults and homicides. The rate for nonfatal assaults increased more than 75% among men (2002–2016) and more than 35% among women (2007–2016). The estimated homicide rate for men increased 7% from 2010 to 2016. Compared to non-Hispanic Whites, non-Hispanic Black or African American persons, non-Hispanic American Indian/Alaskan Natives, and Hispanic or Latino persons have higher homicide rates (2002–2016).

Elder abuse can have several physical and emotional effects on an older adult. Victims are fearful and anxious. They may have problems with trust and be wary of others. Many victims suffer physical injuries. Some are minor, like cuts, scratches, bruises, and welts. Others are more serious and can cause lasting disabilities. These include head injuries, broken bones, constant physical pain, and soreness. Physical injuries can also lead to premature death and make existing health problems worse.

How can we prevent elder abuse?

There are a number of factors that may increase or decrease the risk of perpetrating and/or experiencing elder abuse. To prevent elder abuse, we must understand and address the factors that put people at risk for or protect them from violence.

The older adult population is growing faster in the U.S. than are younger populations. Many older adults require care and are vulnerable to violence perpetrated by a caregiver or someone they trust. More research is needed to uncover the causes for, and solutions to, violence against older adults.