Amanda started smoking in 5th grade, and by the time she was 13 years old, she smoked every day. Over time, smoking crept into every corner of her life. She was so addicted that she ducked outside to smoke throughout the day, even during Wisconsin’s bitter cold winters.

While in college, newly engaged—and still smoking a pack a day—Amanda learned she was pregnant. She tried to quit, but juggling work and classes was stressful. She thought cigarettes helped deal with stress. She soon learned that smoking only made things worse. Her baby was born 2 months early, which is a danger for all pregnant women who smoke. The tiny baby girl spent weeks in a hospital incubator. “I knew that smoking was bad… I didn’t think I would have a premature baby,” said Amanda. “I couldn’t hold her much in those first weeks. It’s time I’ll never get back. Smoking took that from me.”

Amanda picked up her first cigarette in 5th grade, and by age 13, she smoked every day. She would sneak cigarettes from her parents or buy a pack on the way home from school in her small Wisconsin town. She smoked both menthol and non-menthol cigarettes at first, then switched exclusively to menthol cigarettes for about 4 years. 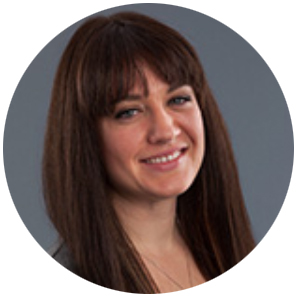 Many friends and the older kids Amanda admired were smoking. “I thought I should smoke, too,” she said. By high school, Amanda skipped classes to smoke and realized she was addicted.

Amanda was working her way through college, newly engaged—and still smoking a pack a day—when she learned she was pregnant. Her daughter was born too early, a danger for all pregnant women who continue to smoke. The tiny, premature baby had a weak, soft cry—and was put in an incubator for babies who are born too early and too small. She was born nearly 2 months before she was due.

“I had always planned on having children, but not before I was married or finished with college. And I definitely didn’t plan on smoking while I was pregnant,” said Amanda.

“I tried hard to quit,” she said. “I would throw a $7 pack of cigarettes in the trash, [thinking] ‘I’m done,’ and by the end of the day, I’d buy another one.” The addiction had crept into every corner of Amanda’s life. She smoked when she was under stress. She ducked outside for cigarettes throughout the day, even during Wisconsin’s bitter cold winters.

Amanda was about 7 months into her pregnancy when things started to go wrong. She was rushed to the hospital by ambulance. Doctors delivered her baby by an emergency C-section—a little girl who weighed just 3 pounds. The baby spent her first weeks of life in the neonatal intensive care unit. She was fed through a tube and received special care for premature babies.

Once home, the baby struggled to gain weight and got sick easily. Before her first birthday, she developed allergies and asthma, a serious lung problem that makes it hard to breathe. Breathing problems are more common in premature babies. Now, at age 7, the girl takes four medicines on a regular basis.

To quit smoking, Amanda focused on ways to relieve stress. “The stress definitely doesn’t go away after your cigarette. Whatever your reality is, whatever is making you want to smoke, that’s still there after you have your cigarette,” she said. Amanda used prayer, exercise, and distraction to handle her stress without a cigarette.

Amanda hopes that sharing her story will help other people quit smoking, and the sooner the better. Her father, who smoked, recently learned that he has advanced lung cancer. He quit smoking, and he’s one of Amanda’s biggest supporters in sharing her own story with the world. She hopes her children will have the chance to get to know their grandfather.

Top of Page
More About Amanda B. 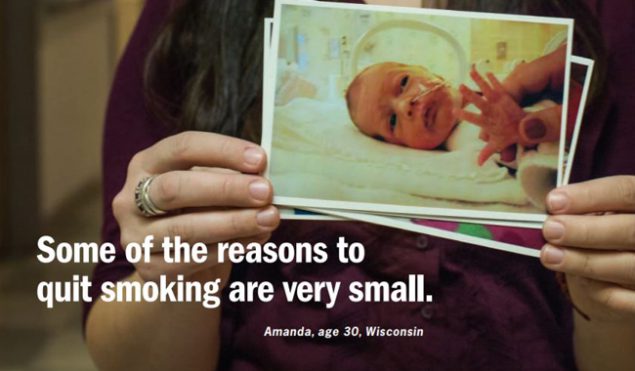 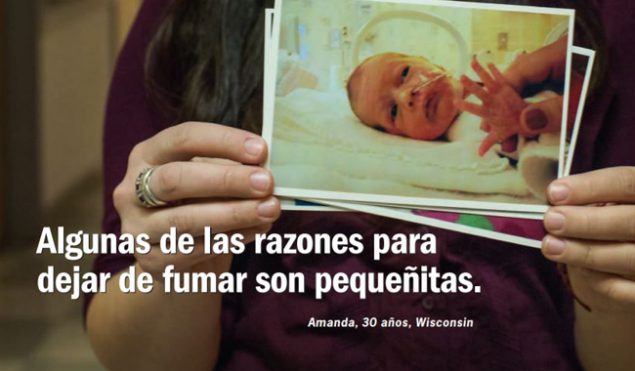 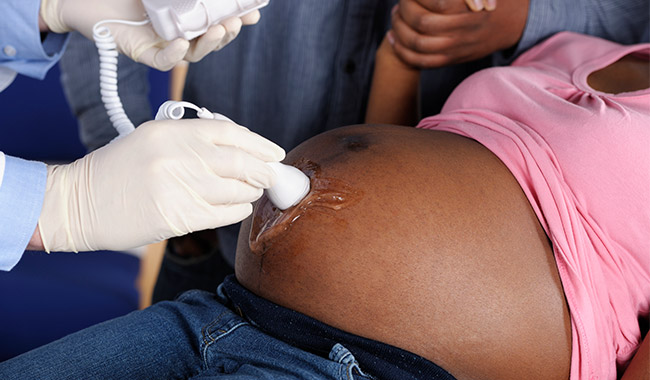 Pregnancy
Get the Facts