Beyond Data: Faces of Tracking

The Tracking Network is more than just data – it’s also a network of people and resources that transform data into public health action. Tracking programs provide essential environmental health infrastructure and expertise to keep communities safe and help improve where we live, work, and play. Faces of Tracking showcases the people who have been impacted by Tracking, or have used Tracking data to enact public health change across the United States.

You can learn even more about the important work of the Tracking Program by reading our success stories and watching our Tracking in Action video series. 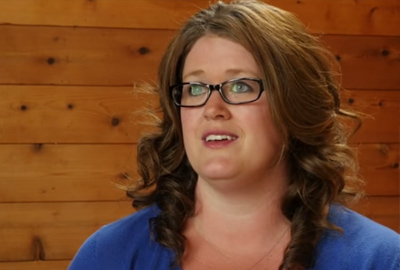 “The [Washington Tracking Program’s] Geology Risk MapExternal showed that there is a high risk for radon in my area. I wanted to check the radon levels in my home because I have a child that’s living in one of the rooms in the basement, and I have other children in the home as well. It turned out we actually had elevated radon, and now we are taking action to decrease our exposure. I’m so happy we discovered the high radon levels quickly and not after many years of exposing our children to them.”

Radon is a gas that can seep up from the ground and become trapped in buildings. Long-term exposure to radon can result in lung cancer. Testing is the only way to know if radon levels are high in a particular home or office. To help guide testing decisions, the Washington Tracking ProgramExternal worked with state geologists to develop a new, more detailed radon exposure risk map. This map uses a combination of data, such as soil and rock types, and state-wide radon testing data to determine zip-code level risk for radon. The new map showed previously unknown hot spots and many high to moderate risk areas where no testing had been performed in the past. Based on this new information, Washington Tracking Program staff raised public awareness about the importance of radon testing, prompting people like Meghan to test their homes.

Read the Success Story and watch the Tracking in Action video to learn more. 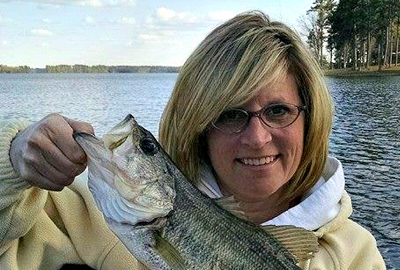 “I love to fish in South Carolina, and I do a lot of fishing in small ponds mainly for bream and bass. I had some concerns about the amount of mercury my family might get from eating these fish. A friend told me about the [South Carolina Tracking Program’s] MyFish Mercury Calculator AppExternal. I found that I could add the MyFish App to my mobile phone home screen, and the instructions were simple enough that I could do use it without my daughter’s help!  Now I use the app while I am out on the water, and can calculate the number of fish my family can safely eat.”

Like other states, South Carolina has a fish advisory program for rivers, large public lakes and reservoirs.  However, a fish advisory for the 10,000 small ponds/reservoirs (2-50 acres) in South Carolina does not exist. In order to protect those who eat fish from these small ponds and reservoirs, the South Carolina Tracking Program partnered with aquatic biology experts to develop the MyFish Mercury Calculator. Users can enter specific information about their particular fishing situation and the app will advise the number of fish that can safely be eaten per month. Read the Success Story to learn more. 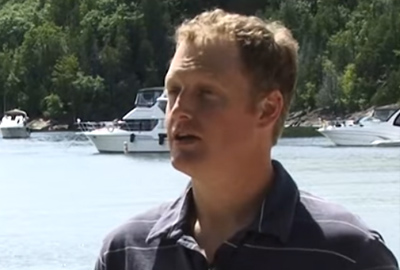 “I love taking my kids to the beach around Lake Champlain, but during certain times of the year I noticed that there is a lot of algae. I was concerned that it might hurt my kids. I found out about the blue-green algae tracker driving home one day, listening to Vermont Public Radio, and I thought, wow, this would be great to figure out where to take my kids to the beach.”

Blue-green algae are a type of bacteria that occur naturally in ponds and lakes throughout Vermont. Coming in contact with blue-green algae can make people and animals sick.  Vermont Tracking Program’s Blue-Green Algae TrackerExternal maps current algae conditions of recreational lakes, so residents can decide what lakes are safe to visit. Read the Success Story and watch the Tracking in Action video to learn more. 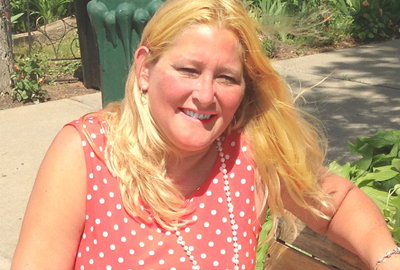 “The Kemble Park is important to the health of the Cornhill Community because it is a park for all ages and having green space in a community gives children, adults and seniors a place to be active and enjoy outdoor activities.  The health of a community is improved when there are safe, clean places for play and activity.”

Cornhill is a low-income, urban neighborhood near downtown Utica, New York. The neighborhood association is actively working on combatting the stigma associated with low income areas and improving the neighborhood. One project was to turn the site of an old, demolished elementary school on Kemble Street into a park or playground so their children would have a place to play safely. Residents of the community partnered with the New York State Tracking Program and other state health department staff to help make their dream a reality. State tracking program staff compiled data on some community health indicators for Cornhill residents, revealing high levels of diabetes, asthma, and other health disparities in the neighborhood. This community health indicator data helped demonstrate the need for a safe green space and strengthened an application for funding to help build the much needed park. Read the Success Story to learn more. 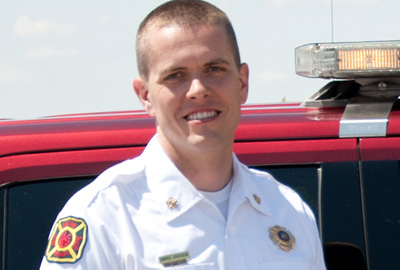 “It was late in the evening on Saturday, December 13, 2014. There was a Junior Hockey League Tournament at the Lake Delton Ice Rink. After a player collapsed, and others were sent to the hospital with shortness of breath, headache, and nausea, we were sent in to investigate the problem. We found that there were high readings of carbon monoxide, which could be attributed to a malfunctioning ice resurfacing machine.”

This incident highlighted the need for real-time data in order to prevent similar large-scale poisonings. To address this, the Wisconsin Tracking Program partnered with the Wisconsin Poison Center to create a real-time system to notify health department staff when an unusually high number of calls are coming into the poison center about carbon monoxide related concerns. This new system allows the health department to coordinate with first responders and others to respond efficiently to possible carbon monoxide poisoning events. To learn more, read the Success Story and watch the Tracking in Action video. 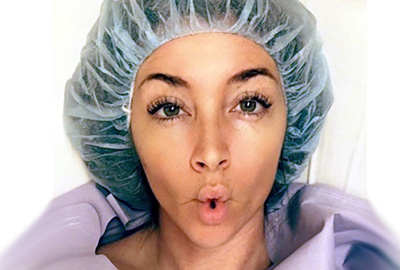 “When you are 17, you think that nothing will happen to you. At the indoor tanning place, they have all of these papers to sign. I just wanted to get in and out, so I signed without reading about the risks.
I now understand that melanoma is a dangerous form of skin cancer and it is increasing in Minnesota and throughout the country. My advice to everyone, especially kids and young adults: don’t tan indoors. And when you are outside, wear sunscreen and clothing that protects you from UV sunlight. You are not invincible.”

Emma was diagnosed with melanoma in 2016, and her oncologist said that her melanomas have been cultivating for years as result of UV exposure. As a child, she lived with her family in Guam where she spent a lot of time playing outside in the sun. Regularly applying sunscreen was not a part of her family’s routine. Upon her return from Guam, her naturally fair skin was noticeably freckled.
As a teen, Emma used indoor tanning beds.

Exposure to UV light from the sun or tanning beds increases your risk of developing melanoma. Data on the Minnesota Tracking website from the 2013 Minnesota Student Survey shows that 32 percent of white, non-Hispanic 11th grade young women had tanned indoors more than 10 times in the past year. In 2014, the Minnesota legislature considered these data and the data on the increasing rates of skin cancer among young women when they passed a law that prohibits minors from tanning indoors. Two years later, the percent of white, non-Hispanic 11th grade young women who tan indoors dropped to nine percent. Read the Success Story to learn more.