Floods are one of the deadliest of all weather-related hazards in the United States.

We partner with the Climate and Health Program to host data from several sources to track extreme precipitation and flooding in the United States. These data can help communities prepare for and respond to weather-related events.

The Tracking Network provides data about extreme precipitation and the vulnerabilities that increase risk for health effects related to those extreme weather events.

Historical Precipitation
This indicator provides the number of extreme precipitation days and the monthly estimates of precipitation by county and census tract for every state except Alaska and Hawaii.

Vulnerability & Preparedness: Precipitation & Flooding
This indicator provides county-level estimates on the total area and percentage of total areas within a flood hazard zone, as well as the number of residents and housing units per county in a 100-year flood zone. The data use flood hazard risk areas defined by the Federal Emergency Management Agency (FEMA) and the Environmental Protection Agency (EPA). 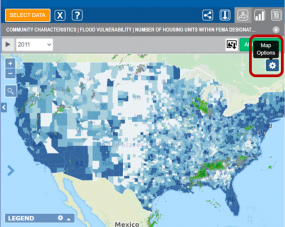 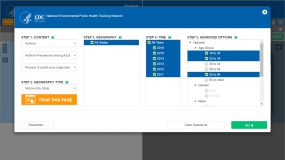 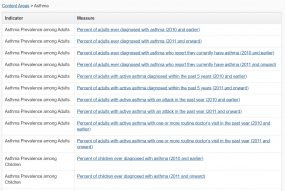