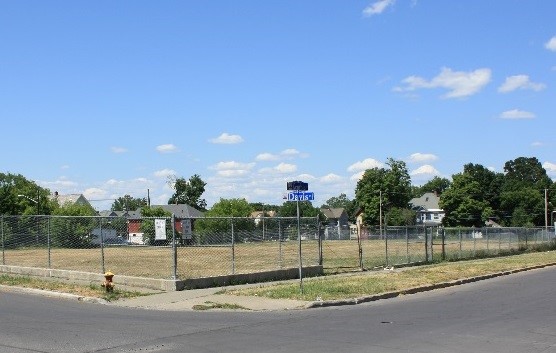 Cornhill, an urban neighborhood not far from the heart of downtown Utica, NY, is home to diverse populations with an influx of refugees from places like Somalia and Myanmar. The low-income neighborhood has an active neighborhood association committed to combatting the stigma often associated with low income areas and improving the neighborhood. For example, neighborhood families had long wanted to turn the site of an old, demolished elementary school on Kemble Street into a park or playground so their children would have a place to play safely. Unfortunately, a lack of city funding and concern over potential soil contaminants at the site hindered the development of a park.

New York State Department of Health (DOH) staff from the Agency for Toxic Substances and Disease Registry-funded Brownfields Land Reuse Project and the CDC-funded Environmental Health Tracking Program partnered with Utica residents to identify strategies to improve health in the Cornhill neighborhood. DOH staff from both programs compiled health indicators that provided residents with a snapshot of their community’s health. Environmental health tracking data identified health disparities in Cornhill related to chronic diseases like diabetes and asthma. Data showed that rates for persons hospitalized with high blood pressure, emergency room visits by diabetics, and asthma emergency room visits were all higher in Cornhill than in the Utica neighborhood bordering Cornhill, Oneida County, and Upstate New York. The use of community health indicators was instrumental in educating the community on their health status. The tracking data prompted DOH staff to engage Cornhill residents in discussions about the neighborhood’s built environment and strategies to support healthier lifestyles. This process rekindled the idea of a neighborhood park, which became a priority for the Cornhill Neighborhood Association and its residents once again. 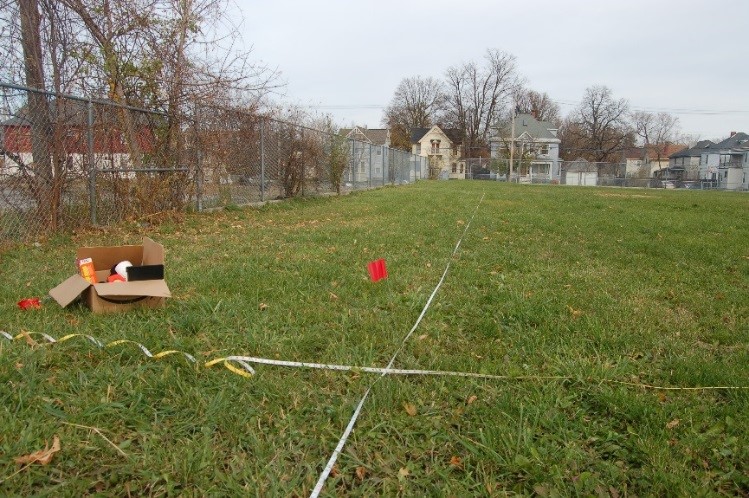 The first action necessary to change the dream of a park into reality was testing the soil at the Kemble Street lot. Based on the site’s history, it was important to test for common contaminants including lead, mercury, and other contaminants often associated with urban and industrial exposures. Soil testing completed at the site identified no elevated levels of any of the contaminants of concern and no reason that the property could not be used for a neighborhood park. With this assurance, the City School District transferred ownership to the City of Utica for use as a park

The second and most challenging step was to secure the funding needed to develop the park. The community level health indicator package provided by tracking program staff was used to support a New York State Regional Economic Development Council (REDC) consolidated funding application. These indicators helped to demonstrate the need for a safe green space for exercise and play. As a result of the strengthened application, the city of Utica was awarded $500,000 by the REDC. The city further committed $350,000 to support the park. Site work on the park will continue through 2016. Cornhill residents expect to have their park completed by the end of the year. They look forward to a day when Kemble Park will be completed and Cornhill takes another step towards a healthier community.

“The Kemble Park is important to the health of the Cornhill Community because it is a park for all ages and having green space in a community gives children, adults and seniors a place to be active and enjoy outdoor activities.  The health of a community is improved when there are safe, clean places for play and activity.” – Kelly Walters, Cornhill resident and Kemble Park Committee member

Tracking programs offer experienced, skilled staff; provide easy access to health and environment data; and have existing technology systems that can be quickly adapted for new purposes. For all of these reasons, local tracking programs are valuable partners during disasters or other emergency events. Tracking program staff from NJ, NYC, and NYS provided expertise and innovative strategies to assist with Hurricane Sandy surveillance and response. The NYS Tracking Program assisted in the state’s response to Hurricane Sandy by using its existing GIS capabilities to map the locations of Disaster Recovery Centers for employees using tablets and other handheld devices. Having the maps made it easier for emergency responders and residents to find the centers and receive the services and support needed. The Tracking Program also developed a Web-based mapping application to help track and manage the needs of health care facilities in the storm’s aftermath. Workers were able to enter information related to supply management, patient capacity, and access. Tracking program staff members were also sent to the facilities to assist with the emergency response efforts. 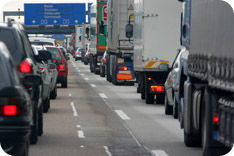 The Buffalo Peace Bridge Plaza spans the Niagara River and connects New York State to Ontario, Canada. Lots of traffic passes over the bridge every day. Residents in neighborhoods on the New York side of the bridge worried that the planned future expansion and improvements of the Peace Bridge Plaza would cause an increase in air pollution from additional traffic and lead to respiratory health problems like asthma attacks.

The state tracking program and partners presented the information to concerned residents and issued a report. They shared information about how current air quality in the neighborhoods around the bridge was not contributing to asthma problems among people living there. Also, they educated neighborhood residents about how the new construction would result in improved air quality over time, despite a possible increase in traffic.

To learn more about portable generator and CO alarm use, New York State’s Tracking Program added questions to the 2008 New York State Behavioral Risk Factor Surveillance System survey. The Tracking Program collected and analyzed survey results that showed nearly 20% of state residents and more than 33% of residents living outside major cities had a portable generator. Almost 30% of all residents did not have a CO alarm in their homes.

The state department of health used the tracking program information to identify areas most at risk for CO poisoning. The state worked with local health departments and other partners to distribute generator safety posters and CO poisoning-prevention door hangers to area residents. The survey data will track the success of the generator campaign. The data will also show whether people follow the 2009 state law mandating CO alarms in all homes. 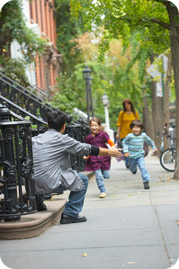 New York residents would like to see maps showing new cancer cases in their neighborhoods. The state has long struggled with how to respond to this need, which requires sharing detailed data while protecting patient identity.

Because showing data at the block level could risk patients’ privacy, the Tracking Program developed the Geographic Aggregation Tool to group blocks with few cases. This reduces the likelihood of identifying specific people.

With these tools, health departments can respond more quickly and easily able to information requests. The public can also use this information to better understand cancer in their neighborhoods. Before the Tracking Program, this level of cancer information was not available to the public. 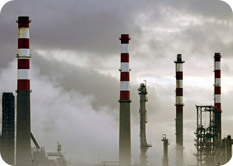 A citizen asked the health department to look into respiratory disease in communities near an upstate New York coal-fired power plant. Getting, processing, and evaluating the necessary data can take a long time. Community members often want this information quickly.

The Tracking Program data on respiratory-related hospital stays were readily available. The health department investigated respiratory disease in the area and efficiently and quickly provided findings to local residents and to the media.