Active Alerts for a Public Health Emergency: The Case of Carbon Monoxide 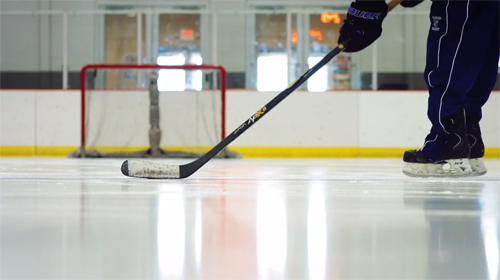 Late in the evening of December 13th, a teenager passed out after finishing playing a hockey game at an ice rink in Lake Delton, Wisconsin. Other players and spectators reported headaches, nausea, vomiting, and dizziness. Local emergency response staff conducted an air quality test upon arrival at the ice arena. The test revealed dangerously high levels of carbon monoxide. Response staff worked with four area hospitals to triage people for appropriate care. In total, 92 people were seen, with two individuals requiring hyperbaric oxygen treatment. Local and state public health officials only learned about the event from media coverage the following day. Without notification, public health staff could not coordinate a response. Moreover, the event drew attention to the fact that similar events may never be reported to public health officials. As such, the extent of large-scale carbon monoxide poisonings in the state may be underreported.

The Wisconsin Tracking Program realized the state health department needed an active system to notify staff when mass carbon monoxide poisonings occur. Tracking learned the Wisconsin Poison Center had multiple calls on December 13th. That information could have indicated a problem was occurring if an alert-based system were in place. Wisconsin Poison Center leadership worked with Tracking Program epidemiologists to create an alert system. This new alert system sends an email to Tracking staff when an unusually high number of poisoning calls occur within a defined time frame.

How was public health improved?

Tracking staff are now equipped to alert local public health authorities to potential carbon monoxide poisoning incidents and to provide guidance and technical assistance as needed. Since the tracking program established this system, health department staff now have access to near real-time information about mass carbon monoxide poisonings in the state—information that can be used to prevent future events like the one in Lake Delton.

The Wisconsin Childhood Lead Poisoning Prevention program helps local health departments, health care providers, and community organizations prevent, detect, and treat childhood lead poisoning. In 2012, the lead program experienced significant funding and staffing reductions, including the loss of the program’s senior epidemiologist. As a result, the program was unable to provide data analysis for its partners as it had previously done, despite the continued requests.

The Wisconsin Tracking Program and the state’s lead program had been collaborating for many years to share data and resources. Because the lead program’s data was available to the Wisconsin tracking staff, they were able to help answer some of the continued data requests. Using the Wisconsin Tracking NetworkExternal’s surveillance reporting platform, tracking program staff were able to respond to requests for lead data in a quick and comprehensive fashion. For example, data from the state’s lead surveillance system that was available on the Tracking Network were provided to the Menomonee Valley Benchmarking Initiative to help track how well the community was doing in the areas of environmental preservation, community well-being, and economic development. The Initiative completed a critical analysis of lead poisoning and developed an updated report for dissemination.

Because of the data from the lead surveillance system, combined with the expertise and capabilities of the Wisconsin Tracking Program, the Initiative’s report was able to identify communities that had the highest rates of childhood lead poisoning. The City of Milwaukee, neighborhood advocates, and property developers used the data to determine where to distribute resources for lessening the effects of exposure to lead. In addition, information in the report was used to inform citizens, investors, policy makers and leaders about childhood lead poisoning at the neighborhood level.

“The Menomonee Valley Benchmarking Initiative has relied on Wisconsin’s Tracking Program since 2003. Without this important resource, we would be unable to track the connections between new economic development, nearby housing conditions and the rates of children who become poisoned by lead-based paint.” Benjamin Gramling, Director of Environmental Health, Sixteenth Street Community Health Centers, Milwaukee, WI

Outdoor wood-fired boilers, also called wood boilers, have become popular as an energy source in the wake of rising costs for heating homes. Wisconsin is one of the top five states for the number of wood boilers used. Smoke from wood boilers can lead to coughing, eye and nose irritation, and aggravation of lung and heart disease. As the number of complaints about wood smoke from the public to local and state health departments grew, data were needed to allow a better understanding of community air quality and how wood boilers could affect it.

The Wisconsin Tracking Program provided air quality data to local health department staff to support easy, quick understanding of air quality conditions in different areas of the state over a period of time. The data showed that annual averages for fine particulate matter had increased over recent years.

By learning about air pollution levels and how these data are generated, local health departments have been able to identify and evaluate air pollution interventions based on whether local combustion sources (such as wood smoke) or regional sources (such as motor vehicle exhaust) are likely to pose a bigger problem in their communities. This allows for resources for air pollution interventions to be directed to those that are most likely to improve local air quality. 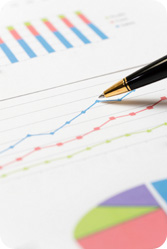 Local health department staff has many responsibilities but limited resources to perform their jobs. It is important for the staff to be able to prioritize issues and distribute resources to activities that have a large impact. Data can help prioritize issues by tracking environmental health changes over time and allowing a comparison of similar communities across the state. However, local health departments often have few resources for data gathering and analysis. It is very difficult to select and merge the information needed for a complete evaluation and prioritization process.

The Wisconsin Tracking Program created a data summary, the County Environmental Health Profile, for every county in the state. The profiles include data and information about environmental health topics to show changes over time and comparisons to other counties. The profiles are available on the Web site for viewing by health professionals, persons in academia, and the public.

Developing these County Environmental Health Profiles provides local health departments with immediate online access to data that can be used for community health plans and program evaluations. Local health department officers have reported using the profile in their community health improvement processes and long-term plans. They use the data to assess current needs and track improvements over time. The Tracking program adds automation and efficiency to local health surveillance, saving time and resources. 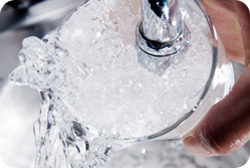 The Wisconsin Tracking Program collected and combined a large amount of water quality data. This work included a calculation of the number of state citizens getting their drinking water from the different sources and the identification of areas where human health would be negatively affected. The data were summarized in tables, charts, and maps and were made available on the Wisconsin Tracking Network.

Now available online, analyses and visualizations of these data have been used in discussions aimed at identifying and prioritizing water sources that are both vulnerable to contamination and the areas with the greatest risk to human health. The ability to view maps, charts, and tables describing contaminants and define populations served by water systems has helped implement plans to reduce exposure to water contaminants that may result in adverse health outcomes.