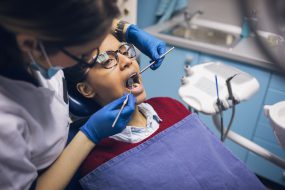 Among low-income families in Southeastern Minnesota, there was a significant, unmet need for dental health care access in 2014. Seventy percent of people in Minnesota eligible for state or federal affordable health care programs went without dental care, according to Medicaid dental use data. Additionally, only 43% of Medicaid-eligible children visited a dentist. At one clinic in southeastern Minnesota, patients waited two months for a dental appointment and seven months for a dental hygienist.

Community Dental Careexternal icon, one of the largest nonprofit dental clinics in Minnesota, used the Data Access Portal and found decreasing dental care access for low-income families in Olmsted County and six other southeast Minnesota counties. Community Dental Care found that their current Rochester clinic provided close to 25% of the dental encounters for patients in Olmsted County and almost 19% of all dental encounters for patients in the 6 bordering counties. In 2015, Community Dental Care used this data in a grant application to demonstrate the need for expanded care in southeastern Minnesota.

Community Dental Care received a $1 million grant from Delta Dental of Minnesota Foundation (DDMF) to construct a dental clinicexternal icon in Rochester to serve as the headquarters for community dental health services and programs across Southeast Minnesota. The clinic began seeing patients in late 2017, and served more than 1,200 patients in just the first three months. So far, the clinic’s patient population reflects the regional need for community care: 95% of patients seen were receiving state or federal medical assistance or uninsured, 35% were children, 42% were new patients, and 14% percent of the visits were for emergencies.  Estimates show that in a single year, the clinic will provide 30,000 dental appointments and oral health services for 10,000 patients.

Melanoma is the most dangerous form of skin cancer and one of the most rapidly increasing cancers among Minnesotans. Since 1988, the number of new cases of melanoma in Minnesota has doubled for both males and females, with a notable increase among young women (20-49 years of age) over the last 15 years.

Though the increase in melanoma has been evident for a while, creation of the Tan-Free Teens legislation stemmed in part from Minnesota Tracking Program use of data and collaboration with partners on outreach work. The legislation, which passed in July 2014, prohibits children under age 18 years from using indoor tanning beds. Two years later, the percent of white, non-Hispanic 11th grade young women who tan indoors dropped to 9%. Minnesota is among the few states implementing this type of policy.

These increases are likely the result of many factors, including exposure to ultraviolet (UV) light from both sunlight and tanning beds and better medical detection. The CDC estimates that UV light causes 65 to 90% of all melanoma. And, use of tanning beds has been common in Minnesota. In 2013, nearly 30% of female 11th grade students reported having used an indoor tanning device at least once in the past year.

Chronic obstructive pulmonary disease (COPD) affects more than 15 million adults in the United States, according to the Centers for Disease Control and Prevention. Millions more may have it but are currently undiagnosed. Historically, there has been no national-level surveillance data on COPD prevalence. Even today very few hospitals track the number of hospital stays for COPD. These information gaps make it difficult for decision-makers to plan public health actions and make informed policy decisions to reduce COPD.

With help from the Minnesota Tracking Programexternal icon, Minnesota was one of the first states in the country to measure COPD burden statewide. Tracking Program staff analyzed risk factor, hospital, and death certificate data for the state to determine the number of COPD cases, rates of hospital stays, and death rates by race and ethnicity. The Tracking Program provided dataexternal icon, which showed striking disparities particularly for Native Americans compared to other groups. In 2014, the Tracking Program will publish new data on COPD hospital stays by ZIP code for the Twin Cities metropolitan area, which will aid in targeting prevention services where they are most needed.

Because of the efforts of the Tracking Program, COPD data are now available for decision-makers, health care and public professionals, and community organizations who can work to reduce COPD in Minnesota. For example, the Minnesota Pollution Control Agency will use the ZIP code level data on COPD in a new state initiative to inform communities about air pollution, the Air Quality Index, and respiratory health. In addition, having these data has allowed the Tracking Program to expand its partnerships with state agencies and organizations such as the American Lung Association, which invited the Tracking Program to contribute data and content to a joint report entitled, “The Scope of COPD in Minnesota.” This report is used to raise awareness and inform decision makers about COPD across the state.

Jill Heins, Director of Respiratory Health with the American Lung Association of the Upper Midwest had this to say, “…Making the data available through the MN Tracking Program is an integral element in our work in Minnesota.” 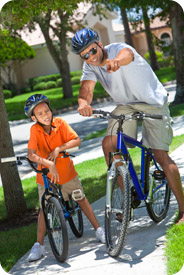 Extreme heat events, or heat waves, are the most common cause of weather-related deaths in the United States. In Minnesota each year, heat-related illnesses lead to hundreds of emergency department visits and hospital stays. Planning successful prevention and response activities for extreme heat events can be difficult for public health agencies when they do not have a clear picture of who is most at risk.

The Minnesota Tracking Program analyzed data on heat-related illnesses and deaths to inform health professionals about groups most at risk during extreme heat events. They found surprising new information, including:

Health agencies across Minnesota now have a clearer understanding of the people most at risk for illness or death from extreme heat. Each summer, they use the data to focus outreach and planning efforts. Then they use the data to evaluate the effectiveness of their prevention and response efforts and to monitor trends of heat-related illness over time. 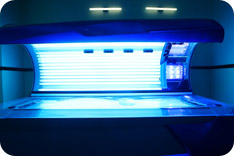 Melanoma is the most dangerous form of skin cancer. It is one of the most rapidly increasing cancers among Minnesotans. CDC estimates that exposure to ultraviolet (UV) light causes 65-90% of all melanoma. UV light comes from the sun but can also come from tanning beds. Despite the risks for melanoma, tanning bed use remains common in Minnesota.

The Minnesota Tracking Program published interactive maps and charts on their state tracking network showing trends and geographic patterns of melanoma across the state. They also collaborated with the state cancer registry to add county-level melanoma data to MN County Health Tables, a resource used by state and county public health officials to guide program planning and evaluation.

Since making melanoma data easy to find and use, tracking program staff have worked with state programs and other partners, such as the American Cancer Society of MN and the MN Cancer Alliance, to use tracking data to support program and policy initiatives to prevent melanoma. For example, these partners identified reducing the use of artificial UV light for tanning as a key objective in Cancer Plan Minnesota: 2011-2016pdf iconexternal icon, a framework for preventing and controlling different types of cancer. In addition, tracking data will be used to evaluate the effectiveness of melanoma prevention program and policy initiatives over time. 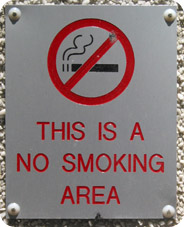 Secondhand smoke, also known as environmental tobacco smoke, causes cancer and other health problems in both children and adults. To help reduce exposure to secondhand smoke, Minnesota passed Freedom to Breathe legislation in 2007. The legislation banned smoking in almost all indoor public places and indoor work sites, including bars and restaurants. In 2011, some legislators worked to repeal the legislation.

Freedom to Breathe legislation remains in place because the tracking program demonstrated that the legislation was associated with a decrease in exposures to secondhand smoke and because there is strong support to keep the smoking bans in Minnesota. In addition, tobacco prevention programs and others have been able to use the tracking data to plan more effective smoking cessation and awareness activities.

Minnesota’s Tracking Program worked with the National Tracking Network to gather data and create ways to measure CO poisonings in the state. The programs put this information into a tracking report that local newspapers used to inform readers about CO poisoning prevention.

Minnesota’s Tracking Program and the state Behavioral Risk Factor Surveillance System (BRFSS) are working together to collect data on the number of Minnesota homes that have CO alarms. Using data from years before and after the CO alarm law, the tracking program can follow changes in the use of CO alarms and the impact on CO poisonings and exposures.

The CO alarm law and the system for tracking CO poisonings are examples of the way tracking data can have an effect on state and local policy.

Understanding the relationship between climate change and public health

The global climate is changing, causing rising temperatures, melting ice and snow, rising sea levels, and climate uncertainty. However, it is hard to measure the changes in climate regionally and locally. State and local health departments need help to understand climate change better and prepare for its possible health impacts.

Minnesota is in a unique geographic position at the transition between the eastern forests and drier Great Plains. In this region, diseases carried by ticks and other insects or animals are common and influenced by changes in temperature and humidity. Minnesota is also located in a region where people are likely to suffer more from extreme heat.

Minnesota’s tracking staff worked with CDC and other states in the National Tracking Network to gather data about and find ways to measure illnesses and deaths caused by heat. Minnesota’s Tracking Program is using data from hospital stays and death certificates to track health outcomes of extreme heat, such as deaths, heat exhaustion, and heat stroke.

Minnesota’s Tracking Program is working with state and local health programs to help them to prepare for the health effects of climate change using climate and health data along with sound science.