Smoking: The Most Preventable Cause of Disease 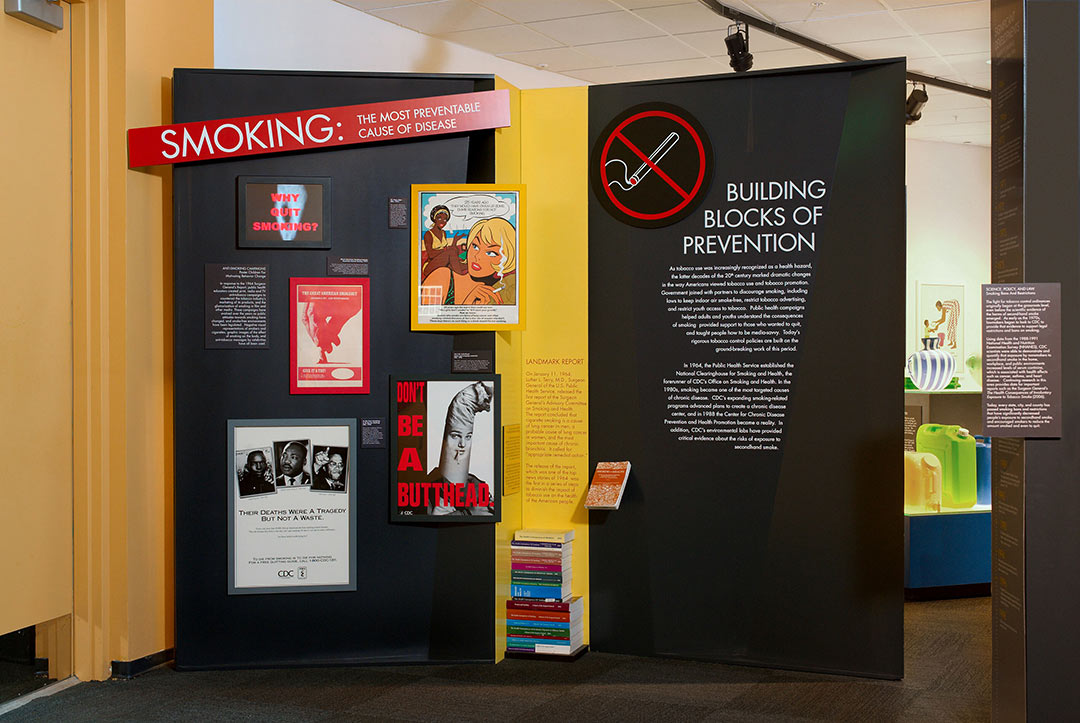 This exhibit focuses on CDC’s work in smoking and health. Now readily understood as a major health risk, smoking was not always viewed this way. In 1964, the Public Health Service established the National Clearinghouse for Smoking and Health, the forerunner of CDC’s current Office on Smoking and Health. In the 1980s, smoking became one of the most targeted causes of chronic disease. CDC’s expanding smoking-related programs advanced plans to create a chronic disease center, and in 1988 the Center for Chronic Disease Prevention and Health Promotion became a reality. In addition, CDC’s environmental labs have provided critical evidence about the risks of exposure to secondhand smoke.

On January 11, 1964, Luther L. Terry, M.D., Surgeon General of the U.S. Public Health Service, released the first report of the Surgeon General’s Advisory Committee on Smoking and Health. The report concluded that cigarette smoking is a cause of lung cancer in men, a probable cause of lung cancer in women, and the most important cause of chronic bronchitis. It called for “appropriate remedial action.” The release of the report, which was one of the top news stories of 1964, was the first in a series of steps to diminish the impact of tobacco use on the health of the American people. 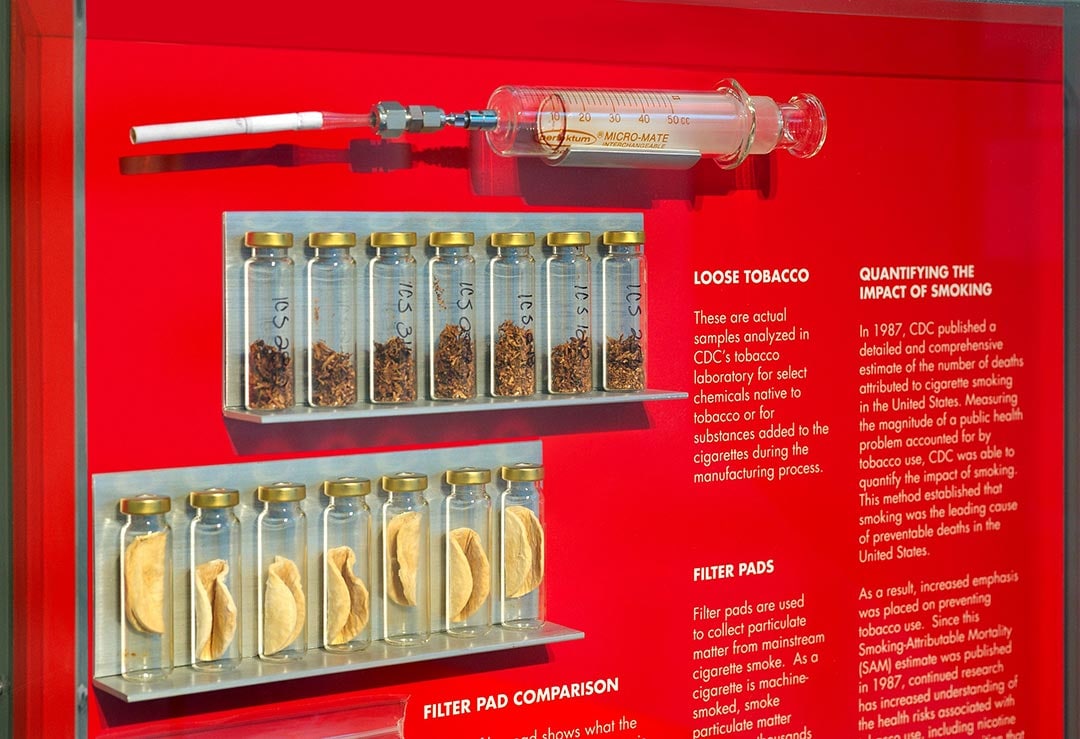 The fight for tobacco control ordinances originally began at the grassroots level, even before the scientific evidence of the harms of secondhand smoke emerged. As early as the 1970s, lawmakers began to look to CDC to provide that evidence to support legal restrictions and bans on smoking.

Using data from the 1988-1991 National Health and Nutrition Examination Survey (NHANES), CDC scientists were able to demonstrate and quantify that exposure by non-smokers to secondhand smoke in the home, workplace, and public environments increased levels of serum cotinine, which is associated with health effects such as cancer, asthma, and heart disease. Continuing research in this area provides data for important reports such as the Surgeon General’s The Health Consequences of Involuntary Exposure to Tobacco Smoke (2006).

In 1994, the Division of Laboratory Sciences (DLS) at CDC’s National Center for Environmental Health began collaborating with CDC’s Office on Smoking and Health. The DLS tobacco laboratory tests for the levels of toxic and addictive compounds and emissions in tobacco products, amounts of the chemicals that move into smoke, and levels of these chemicals in people.

Cigarettes in the Lab

By understanding the design of the product, it can be determined how these factors alter exposure. One form of assistance is making laboratory measurements related to possible health implications of ingredients added to tobacco.

The laboratory conducts research on additives in tobacco and their levels in commercial tobacco products. CDC then uses these data to educate the public and decision-makers about the impact of tobacco use. 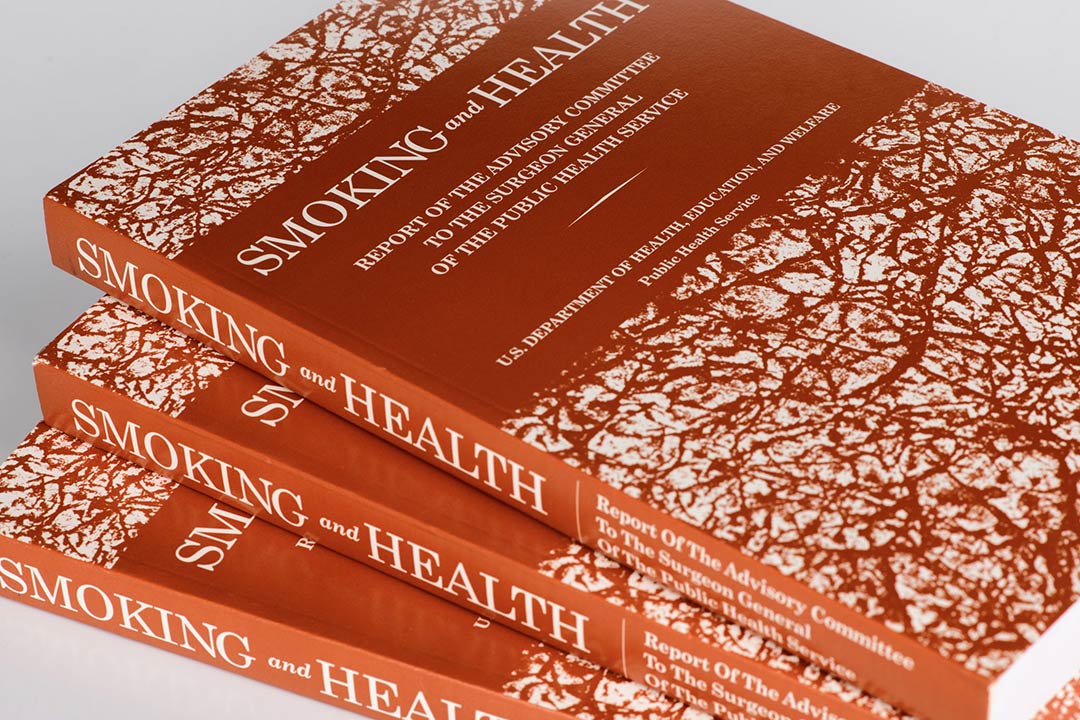 In response to the 1964 Surgeon General’s Report, public health educators created print, radio and TV anti-tobacco campaigns to counteract the tobacco industry’s marketing of its products, and the glamorization of smoking in film and other media. These campaigns have evolved over the years as public attitudes towards smoking have changed, and smoke-free environments have been legislated. Negative visual representations of smokers and cigarettes, graphic images of the effect of smoking on the body, and anti-tobacco messages by celebrities have all been used.

Today, every state, city, and county has passed smoking bans and restrictions that have significantly decreased people’s exposure to secondhand smoke and encouraged smokers to reduce the amount smoked and to quit smoking altogether.