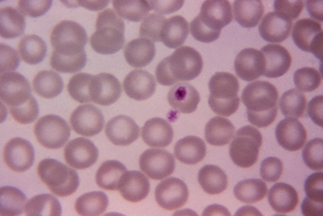 Malaria is a serious and sometimes fatal disease caused by a parasite that commonly infects a certain type of mosquito which feeds on humans. In 2018 an estimated 218 million cases of malaria occurred worldwide and 405,000 people died, mostly children in the African Region.

Malaria occurs in some of the world’s most impoverished countries.  Because it causes so much illness and death, the disease is a drain on many national economies. Lack of resources prevents many affected countries from effectively combating malaria.  In addition, malaria parasites are increasingly resistant to antimalarial drugs, presenting one more barrier to malaria control.

Domestically, approximately 2,000 cases of malaria are diagnosed in the United States each year. The vast majority of cases in the United States are in travelers returning and immigrants or visitors arriving from countries where malaria transmission occurs, many from sub-Saharan Africa and South Asia. For travelers, malaria is a highly preventable disease with the appropriate antimalarial drug.  It is also treatable in with prompt diagnosis.

However, there is a threat that malaria parasites can become resistant over time to drugs used to prevent infection or treat people which means they would no longer be effective. Treating malaria effectively also depends on prompt diagnosis and reliable diagnostic tools which may not be readily available in many countries where malaria is present.

To improve diagnostic capabilities and ensure effective antimalarial drugs remain available, CDC participates actively in global malaria efforts through working with international partners, such as the President’s Malaria Initiative (PMI) and the World Health Organization (WHO).

To this end, CDC Malaria branch laboratory programs play an important role globally and domestically in malaria diagnostics and surveillance through a number of on-going services including:

Antimalarial resistance (AMR) surveillance: Samples from US health facilities, such as state labs, (imported malaria), and from partner malaria endemic countries are evaluated for a battery of markers of antimalarial resistance. Information from this work is important as it can aid in informing appropriate drug usage for both treatment and chemoprophylaxis.

Development and utilization of state-of-the arts diagnostic tools/platforms for malaria diagnosis: This includes the development of accurate and simple-to-use diagnostic assays for malaria diagnosis and elimination efforts. A key to preventing and controlling a disease is the ability to accurately and promptly detect it, which can provide the information needed to plan effective treatment and prevention strategies.

Training and technical support to state public health labs in the U.S. and malaria endemic countries: This involves providing technical training for surveillance and diagnosis using current standard diagnostic methods such as microscopy and rapid diagnostic tests (RDTs) both in malaria endemic countries and at the CDC.  In addition, with the support of the Advanced Molecular Detection (AMD) initiative, the Malaria Branch is developing novel methods using next generation sequencing and bioinformatics for molecular surveillance of drug resistant parasites. The Malaria Branch is in the process of transferring this technology, as part of the U.S. malaria surveillance network, to participating state public health laboratories.

The impact of Malaria Branch laboratory services on the detection, diagnosis, treatment and prevention of malaria has been far reaching and will continue to be essential in the fight against malaria at home and abroad.