Using tobacco or e-cigarettes while breastfeeding can allow harmful chemicals to pass from the mother to the infant through breast milk or secondhand smoke exposure. Mothers who use tobacco or e-cigarettes should be encouraged to quit; regardless, breastfeeding provides numerous health benefits and breast milk remains the recommended food for an infant.

What effects can tobacco or e-cigarette exposure have on infants?

Nicotine and other harmful chemicals are found in cigarettes, cigars, pipe tobacco, and chewing tobacco. Regardless of feeding method (breastfeeding or infant formula), maternal smoking is a risk factor for sudden infant death syndrome (SIDS), as well as lower respiratory illnesses (such as bronchitis and pneumonia), ear infections, and impaired lung function in infants and children.

In addition to the risks of secondhand smoke for all exposed infants, the chemicals found in tobacco, including nicotine, can be passed from a breastfeeding mother who uses tobacco to her infant through breast milk. Smoking also decreases maternal milk supply, likely through the effect of nicotine, which lowers serum prolactin levels.

E-cigarettes, and other vaping devices,  are battery-powered devices that typically deliver nicotine, flavorings, and other additives through an inhaled aerosol. Little is known about the effects of e-cigarette use by the mother on the infant’s health. E-cigarette aerosol can contain harmful and potentially harmful chemicals including nicotine and other toxicants, flavorings, and solvents.

Can mothers who use tobacco or e-cigarettes breastfeed their infant?

Yes. Mothers who use tobacco or e-cigarettes should be encouraged to quit; regardless, breastfeeding provides numerous health benefits and breast milk remains the recommended food for an infant.

The American College of Obstetricians and Gynecologistsexternal icon and the American Academy of Pediatricsexternal icon recognize pregnancy and lactation as two ideal times to promote tobacco and smoking cessation.

To minimize exposure to the infant, mothers and others who smoke should: 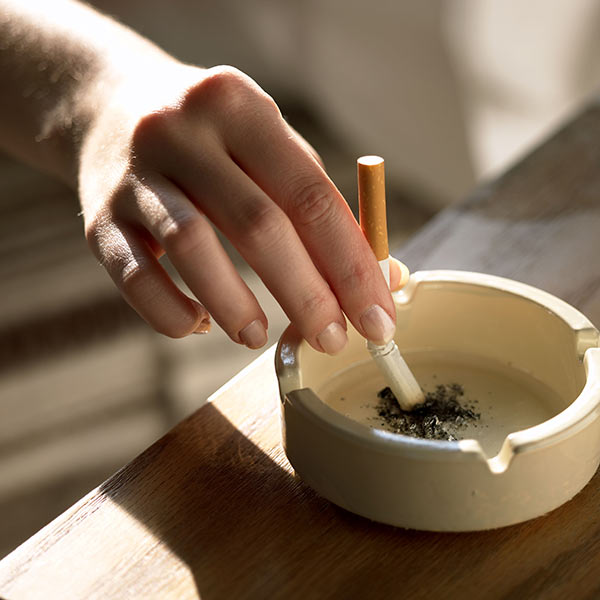