Not drinking alcohol is the safest option for breastfeeding mothers. However, moderate alcohol consumption (up to 1 drink/day) is not known to be harmful to the infant.

What is “moderate consumption”?

The Dietary Guidelines for Americans defines moderate consumption for women of legal drinking age as up to 1 standard drink per day.

The Dietary Guidelines for Americans defines a standard “drink” as 12 ounces of 5% beer; 8 ounces of 7% malt liquor; 5 ounces of 12% wine; or 1.5 ounces of 40% (80 proof) liquor. All of these drinks contain the same amount (i.e., 14 grams, or 0.6 ounces) of pure alcohol. However, many common drinks contain much more alcohol than this. For example, 12 ounces of 9% beer contains nearly the same amount of alcohol as two (1.8) standard drinks. Consuming one of these drinks would be the equivalent of two standard drinks. 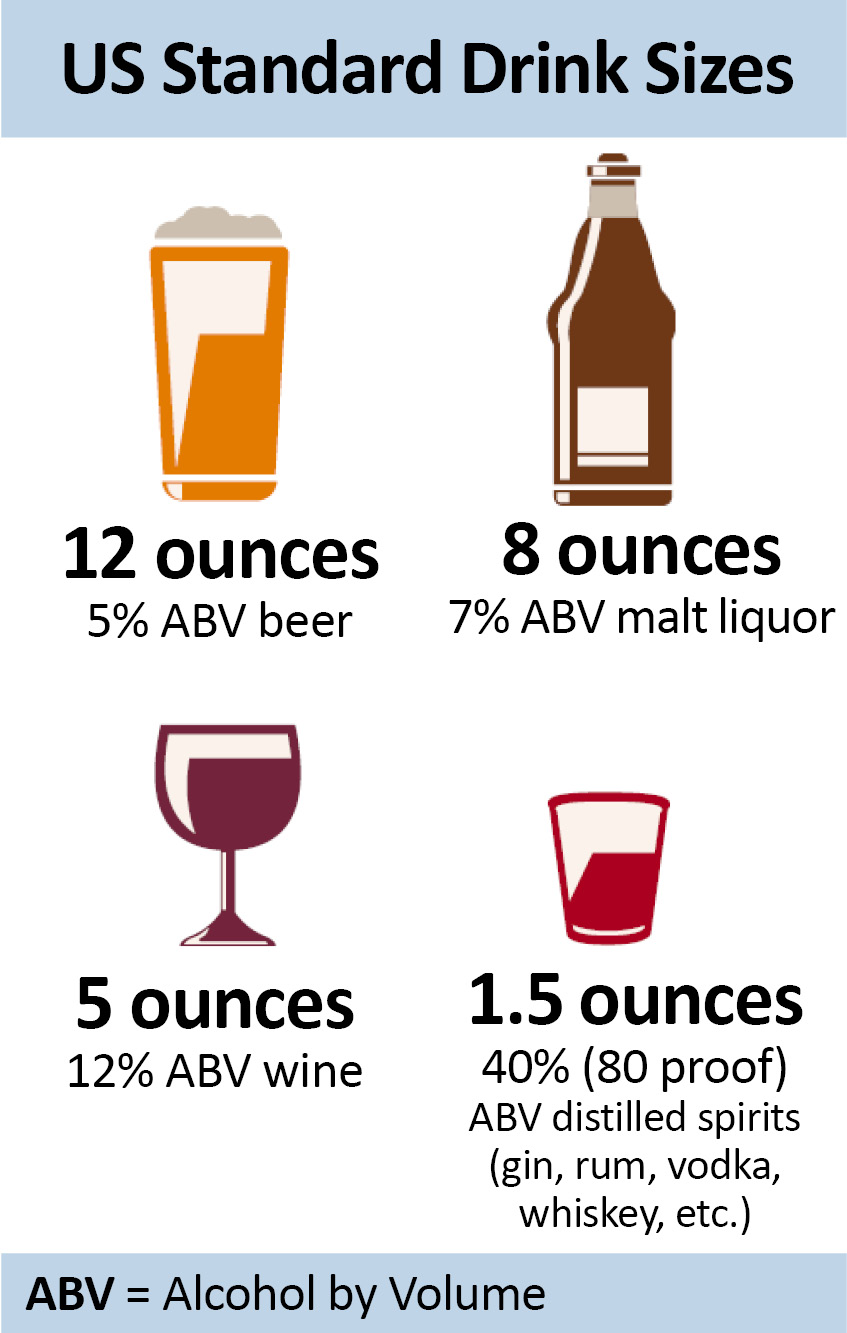 Is it safe for mothers to breastfeed their infant if they have consumed alcohol?

Not drinking alcohol is the safest option for breastfeeding mothers. Generally, moderate alcohol consumption by a breastfeeding mother (up to 1 standard drink per day) is not known to be harmful to the infant, especially if the mother waits at least 2 hours after a single drink before nursing. However, exposure to alcohol above moderate levels through breast milk could be damaging to an infant’s development, growth, and sleep patterns. Alcohol consumption above moderate levels may also impair a mother’s judgment and ability to safely care for her child.

Drinking alcoholic beverages is not an indication to stop breastfeeding; however, consuming more than one drink per day is not recommended.

Can alcohol be found in breast milk?

What effect does alcohol have on a breastfeeding infant?

Caring for an infant while intoxicated is not safe. Drinking alcohol could impair a caregiver’s judgement and his or her ability to safely care for an infant. If a caregiver drinks excessively, he or she should arrange for a sober adult to care for the infant during this time.

Can expressing/pumping breast milk after consuming alcohol reduce the alcohol in the mother’s milk?

No. The alcohol level in breast milk is essentially the same as the alcohol level in a mother’s bloodstream. Expressing or pumping milk after drinking alcohol, and then discarding it (“pumping and dumping”), does NOT reduce the amount of alcohol present in the mother’s milk more quickly. As the mother’s alcohol blood level falls over time, the level of alcohol in her breast milk will also decrease. A mother may choose to express or pump milk after consuming alcohol to ease her physical discomfort or adhere to her milk expression schedule. If a mother decides to express or pump milk within two hours (per drink) of consuming alcohol, the mother may choose to discard the expressed milk. If a mother has consumed more than a moderate amount of alcohol, she may choose to wait 2 hours (per drink) to breastfeed her child, or feed her infant with milk that had been previously expressed when she had not been drinking, to reduce her infant’s exposure to alcohol. Breast milk continues to contain alcohol as long as alcohol is still in the mother’s bloodstream.