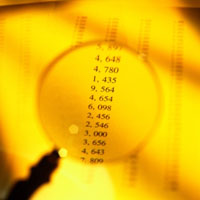 CDC’s programmatic and structural shift in the planning and delivery of HIV-related services requires a systems-level evaluation approach to assess the impact of this shift on the HIV epidemic. ECHPP is using this systems-level evaluation approach to account for all HIV prevention, care, and treatment activities supported by a health department in a specific metropolitan statistical area (MSA), regardless of funding source (public or private). In addition to assessing the extent to which ECHPP affects the HIV epidemic in the 12 MSAs, evaluation activities will include monitoring of jurisdiction-level progress toward NHAS goals and objectives. Process, outcome, and impact indicators were selected based on the NHAS goals; data sources were identified based on these indicators. Process data will be collected directly from grantees and from other federal agencies where feasible; outcome and impact data will be collected from existing CDC disease and behavioral surveillance systems. Data that represent the time periods before (2008-2010), during (2011-2013), and after (2014-2015) ECHPP implementation will be collected.

Major evaluation activities are described below along with the purpose of each activity, key monitoring and evaluation questions, and data that will be collected to answer the questions.

PURPOSE: Determine whether programs were implemented as intended and whether target populations are reached
DATA SOURCES: Programmatic data submitted by ECHPP grantees to CDC and other federal agencies

Where possible, indicator data will be analyzed and reported separately for the priority populations listed below:

In order to obtain a comprehensive picture of HIV prevention, care, and treatment activities in each jurisdiction, CDC is collaborating with other federal agencies (e.g., Substance Abuse and Mental Health Services Administration, Health Resources and Services Administration, Department of Housing and Urban Development, and Department of Veterans Affairs) to identify program domains where data may be shared, both to inform the ECHPP evaluation as well as to inform 12 Citiesexternal icon initiatives implemented by other federal agencies (see ECHPP & 12 Cities Project for more information). Effective federal collaboration will also ultimately reduce the data-reporting burden on health department grantees that should allow them to focus their efforts on service delivery.

CDC will use a data triangulation approach to review, synthesize, and interpret primary and secondary (quantitative and qualitative) data from many different sources for the ECHPP evaluation. Data describing contextual factors (e.g., unemployment, homelessness, insurance coverage, poverty) will be analyzed given their potential effect on the HIV epidemic in the 12 MSAs. This approach to data analysis and interpretation reflects the Division of HIV/AIDS Prevention’s new evaluation framework for assessing the impact of HIV-related programs on the epidemic.

The ECHPP evaluation team will routinely produce jurisdiction-specific and cross-jurisdiction reports that describe overall programmatic progress and summarize key findings to date. These reports are described below.

The Department of Health and Human Services (HHS) 12 Cities Project builds on CDC’s ECHPP initiative by addressing the fourth goal of the National HIVAIDS Strategy: achieve a more coordinated national response to HIV, particularly across federally funded HIV programs and services. A separate evaluation effort associated with the 12 Cities Project is being led by HHS and will assess activities aimed at enhancing horizontal and vertical services integration; data sharing across organizational lines; cross-agency training; implementation of common performance metrics; and, where possible, use of braided funding streams. The 12 Cities evaluation relies upon key informant interviews with federal officials, and site visits with state and local health officials, providers and consumers. In addition, the 12 Cities evaluation seeks to identify lessons learned that can be applied to other jurisdictions.