Status of HIV in the U.S.

Status of HIV in the U.S.

Progress in reducing new HIV infections has slowed in recent years, to about 38,000 new infections
each year between 2014 and 2018.5

During this period, gay and bisexual men, Black/African Americans and Hispanics/Latinos bore the greatest burden of new HIV infections.6

* Subpopulations representing 2.0% or less of new HIV infections in 2018 are not represented in this chart
** Decline in new infections from 2014 to 2018 deemed a statistically significant decrease

HIV treatment and prevention efforts are not reaching everyone who needs them.

Although HIV remains a threat in every part of the United States, certain populations—and parts of the country—bear most of the burden, signaling where HIV prevention efforts must be focused.

Black and Hispanic/Latino communities are disproportionately affected by HIV compared to other racial/ethnic groups. 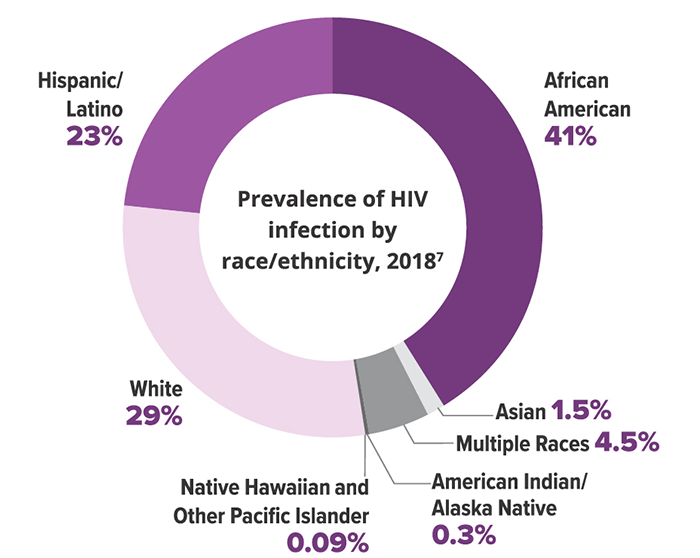 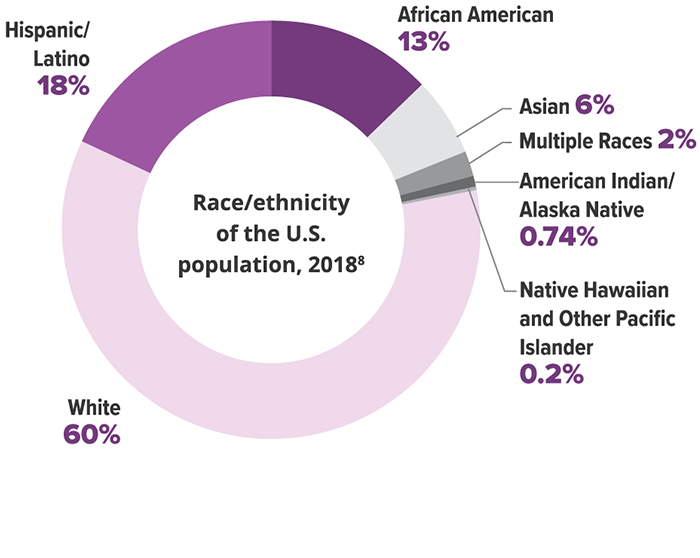 In all regions of the U.S., gay and bisexual men are the group most affected by HIV.

They account for about 70 percent of new HIV infections each year,9 even though they make up only 2 percent of the population,10 with the highest burden among Black and Hispanic/Latino gay and bisexual men and young men. 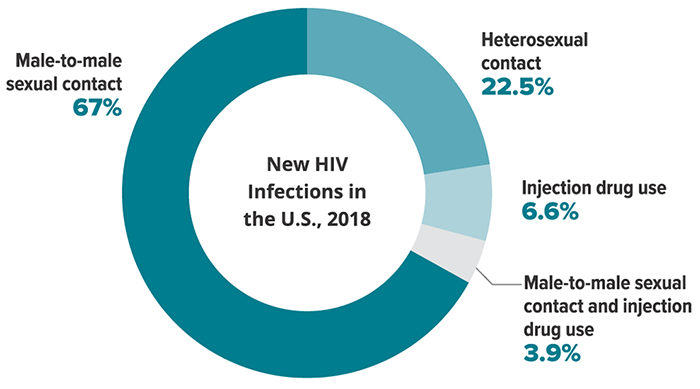 By age group, people ages 25-34 have the highest rate of annual HIV infections.

Long-term declining trends in HIV incidence among PWID have stalled, and new infections have begun to increase in some demographic groups and geographies. For example, in 2018 compared with 2014, the number of HIV infections attributed to injection drug use increased 97 percent for White males.18 Localized outbreaks have contributed to these trends.

Most of the nation’s HIV diagnoses are concentrated in certain geographic areas, with the majority of diagnoses occurring in southern states. 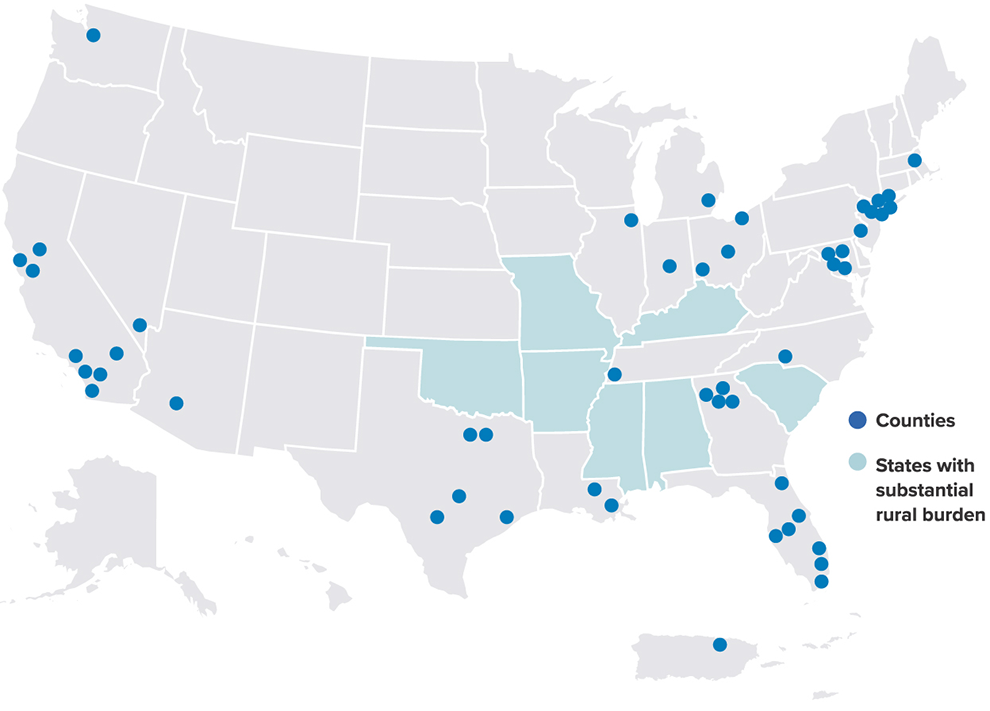 In 2016 and 2017, more than half of new HIV diagnoses were concentrated in geographic hotspots across the U.S.: 48 counties plus Washington, D.C. and San Juan, Puerto Rico.19

These 57 jurisdictions are prioritized for the Ending the HIV Epidemic in the U.S. initiative.

HIV transmission is driven by gaps in the HIV care continuum.

By ensuring that everyone with HIV is aware of their status, receives the treatment they need, and achieves and maintains viral suppression—key steps in the HIV care continuum—we can preserve the health of people with HIV and drive down new HIV infections, which is essential because:

The proportion of people with undiagnosed HIV is high in some parts of the country, especially in the South, likely contributing to the high burden of HIV in the region.

Percent of People with Undiagnosed HIV by State, 201822 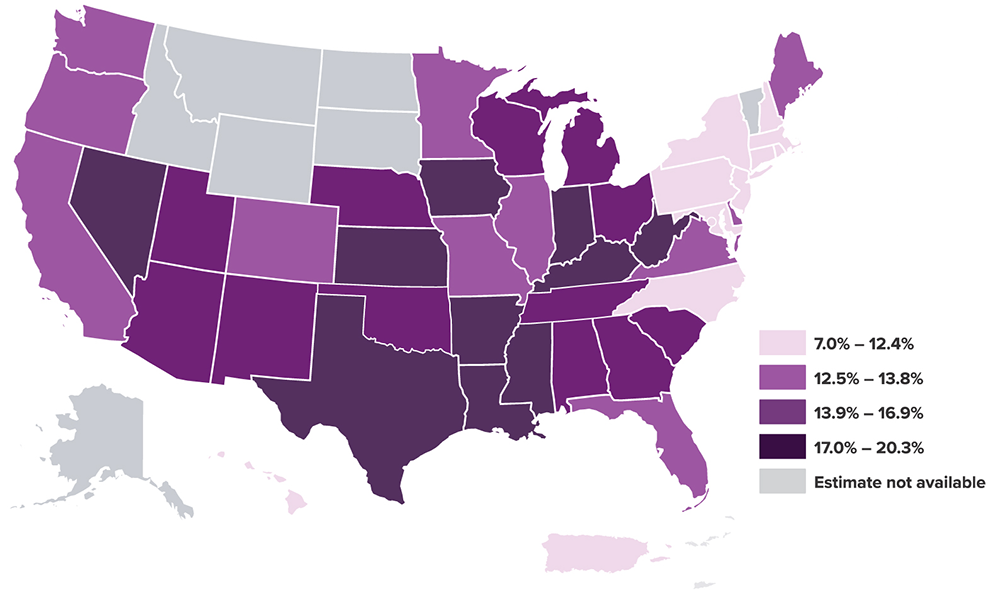 To help gauge progress and direct HIV prevention resources most effectively, CDC tracks the HIV care continuum – a series of steps from the time a person receives an HIV diagnosis through successful treatment with HIV medications. Gaps in the care continuum highlight the urgent need to improve early detection of HIV and increase the proportion of people with diagnosed HIV who are receiving treatment and have a suppressed viral load.