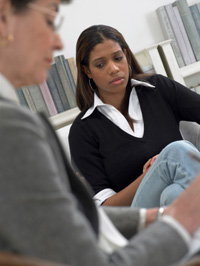 CDC’s new approach features better geographic targeting of resources and a stronger focus on supporting the highest-impact prevention strategies. This approach embodies CDC’s commitment to High Impact Prevention—using scalable, cost-effective interventions with demonstrated potential to reduce new infections, in the right populations, to yield a major impact on the HIV epidemic. High Impact Prevention is essential to achieving the ambitious HIV prevention goals of the National HIV/AIDS Strategy, which was announced in 2010.

First-year (FY2012) awards under this funding opportunity will total $358.8 million, which is approximately level with current CDC HIV prevention funding for health departments. States, territories, and directly funded cities will apply for funding in September 2011, and the new funding cycle will begin in January 2012.

CDC’s new approach to HIV prevention funding for health departments was informed by input from many of CDC’s partners in the HIV community. In 2010, CDC consulted with and received input from several key partners, including the National Association of State and Territorial AIDS Directors (NASTAD), Urban Coalition for HIV/AIDS Prevention Services (UCHAPS), National Minority AIDS Council (NMAC), National Association of County and City Health Officials (NACCHO), The AIDS Institute, and local, state, and territorial health departments. Community input proved essential in developing several key elements of the funding opportunity, including a minimum funding level for all jurisdictions, the introduction of competitive funding for innovative demonstration projects, and the continuation of direct funding for heavily affected cities. CDC is confident that this approach reflects the input of many different parties and represents the best course of action.

Better Matching Resources to the Geographic Burden of HIV

This health department funding opportunity employs a new method for allocating core HIV prevention resources to better match the geographic burden of the U.S. HIV epidemic today. Funding is apportioned to each state, territory, or directly funded city based on the number of people reported to be living with an HIV diagnosis in that jurisdiction in 2008 pdf icon[PDF – 222 KB] (the best measure of the HIV burden available in every U.S. jurisdiction). This approach, driven by the latest data, improves on prior health department funding allocations, which were based on AIDS cases earlier in the epidemic. (HIV data is a better indicator of the epidemic’s current burden than AIDS data, since less than half of all Americans living with HIV have progressed to AIDS.)

Matching Prevention Funds to the Epidemic1 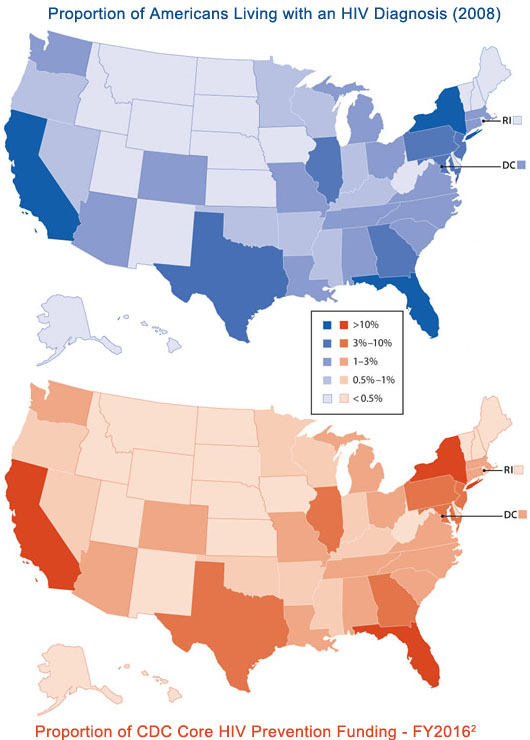 In addition, to ensure that funding reaches major urban areas where HIV is concentrated in the United States, the number of cities (metropolitan statistical areas) eligible for direct CDC funding will increase from six to ten. These ten cities account for approximately 37 percent of all Americans living with an HIV diagnosis. 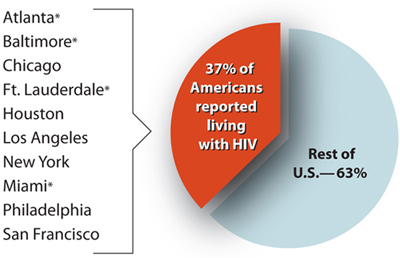 This relatively small change will have a major positive impact on the epidemic. Several areas with heavy HIV burdens will see needed increases in prevention funding, including many southern states and several major cities. While other areas will see decreases, CDC is taking steps to minimize disruptions due to shifts in funding. The new method for allocating resources incorporates a minimum funding level, to ensure that all jurisdictions, regardless of HIV burden, can continue to provide basic HIV prevention services. Funding shifts for all jurisdictions—both increases and decreases—will be phased in over five years, to allow health departments time to adjust strategies and infrastructure as necessary. In addition, no state’s funding will be reduced by more than one-quarter of its previous year’s budget. CDC will provide extensive technical support to assist health departments in navigating this transition (see Technical Assistance for Health Departments).