The Status of HIV Prevention in the United States 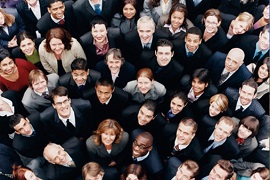 In the United States, prevention has already averted more than 350,000* HIV infections.1 Now, we have the potential to go much further.

The nation’s HIV prevention efforts are guided by a single, ambitious strategy for combating the epidemic: the National HIV/AIDS Strategy (NHAS).2 Recent scientific breakthroughs have equipped us with an unprecedented number of effective tools to prevent infection.3-6 And in many of the communities hardest hit by HIV, there is growing leadership and momentum for change.

Yet the challenges remain daunting. By CDC’s latest estimates, approximately 50,000 Americans become infected with HIV annually, and 16,000 people with AIDS died in 2008.7,8 As a result, the number of people living with HIV in the United States, now at nearly 1.2 million, continues to grow by tens of thousands each year, creating more opportunities for HIV transmission.9 And a range of social, economic, and demographic factors affect some Americans’ risk for HIV, such as stigma, discrimination, income, education, and geographic region. While current prevention efforts have helped to keep the number of new infections stable in recent years, continued growth in the population living with HIV will ultimately lead to more new infections if prevention, care, and treatment efforts are not intensified.10

To address these challenges, CDC and its partners are pursuing a High-Impact Prevention approach to reducing new HIV infections.11 By using combinations of scientifically proven, cost-effective, and scalable interventions targeted to the right populations in the right geographic areas, this approach promises to increase the impact of HIV prevention efforts – an essential step in achieving the goals of NHAS.

This approach is designed to maximize the impact of prevention efforts for all Americans at risk for HIV infection, including gay and bisexual men, communities of color, women, injection drug users, transgender women and men and youth.

To advance the prevention of goals of NHAS and maximize the effectiveness of current HIV prevention methods, CDC pursues a High-Impact Prevention approach.11 By using combinations of scientifically proven, cost-effective, and scalable interventions targeted to the right populations in the right geographic areas, this approach promises to greatly increase the impact of HIV prevention efforts.