The Centers for Disease Control and Prevention (CDC) estimates that 1,201,100 Americans are living with HIV; of those, approximately 168,300 are unaware of their HIV-positive status.1 Increasing the number of persons who are aware of their status is a critical strategy for preventing HIV infections. As of 2008, over half a million African Americans are estimated to be infected with HIV, with 21.4% undiagnosed.1 To increase awareness of HIV status, CDC established the Expanded Testing Initiative (ETI), under which three programs have been launched. In 2007, CDC implemented PS 07-768 Expanded and Integrated Human Immunodeficiency Virus (HIV) Testing for Populations Disproportionately Affected by HIV, Primarily African American. It was followed by PS10-10138: Expanded Human Immunodeficiency Virus (HIV) Testing for Disproportionately Affected Populations (2010-2011), which in turn was incorporated into PS12-1201: Comprehensive Human Immunodeficiency Virus (HIV) Prevention Programs for Health Departments (2012-2017). Overall, ETI is aimed at (1) significantly increasing the number of persons tested in jurisdictions with a high rate of HIV among disproportionately affected populations and (2) supporting implementation of the Revised Recommendations for HIV Testing of Adults, Adolescents, and Pregnant Women in Health-Care Settings.2

Between October 2007 and September 2010, PS07-768 funded 25 jurisdictions, each of whom had at least 140 AIDS cases diagnosed in 2005 among African Americans; two jurisdictions were funded in years two and three of the project. The goals of PS07-768 were to ensure that persons in high-burden areas received HIV testing and that newly diagnosed persons were linked to HIV medical care and prevention services by: 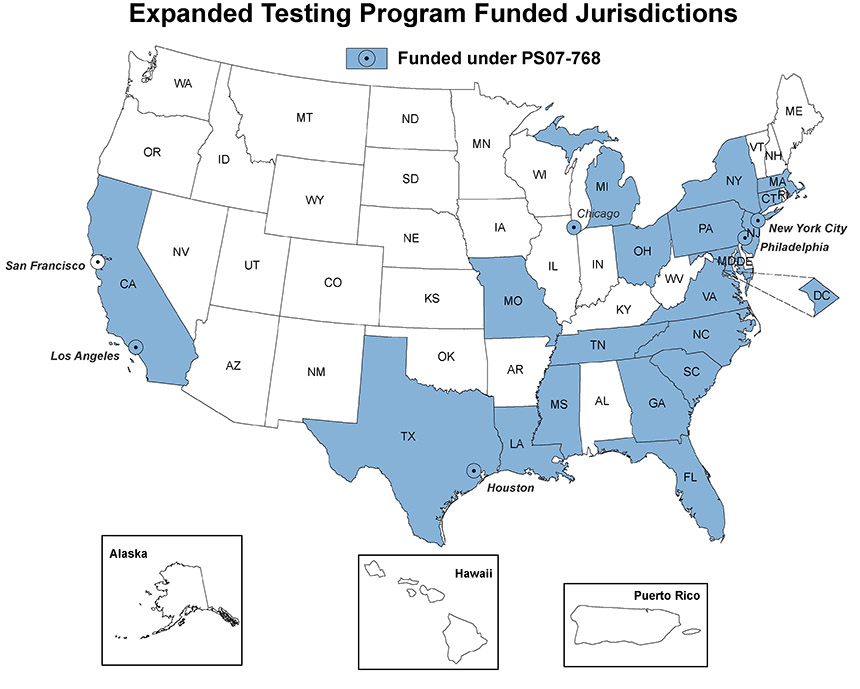 Accomplishments of PS 07-768 were monitored with data reported to CDC by grantees in aggregate through Annual Progress Reports (APR) and at the individual test-level through the National HIV Prevention Program Monitoring and Evaluation (NHM&E) reporting system. NHM&E data are a subset of all tests attributed to PS07-768 reported in APRs. NHM&E data reported here describe test-level data attributed to PS07-768 submitted by 23 of the 25 grantees for all three years combined; two grantees did not report test-level data for any year of the project. 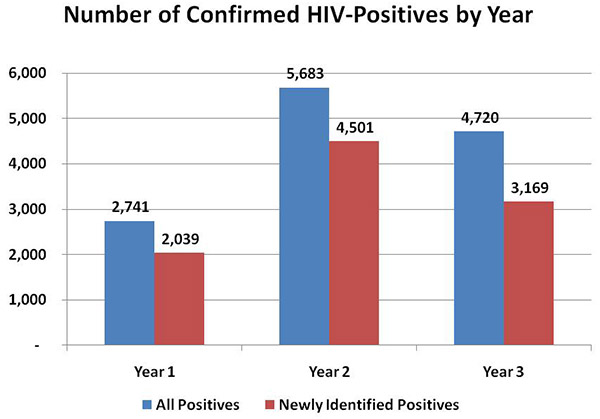 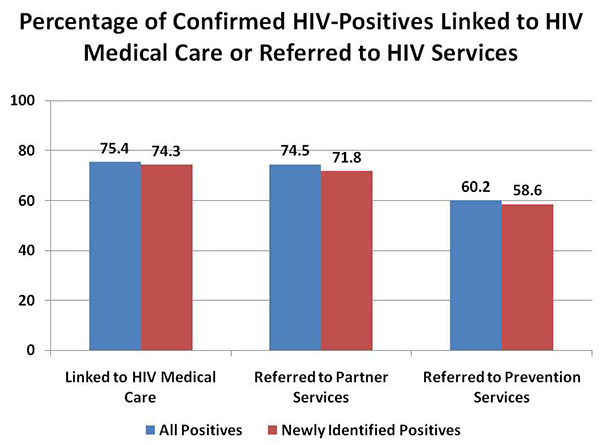 Testing among Blacks/African Americans and in healthcare settings: 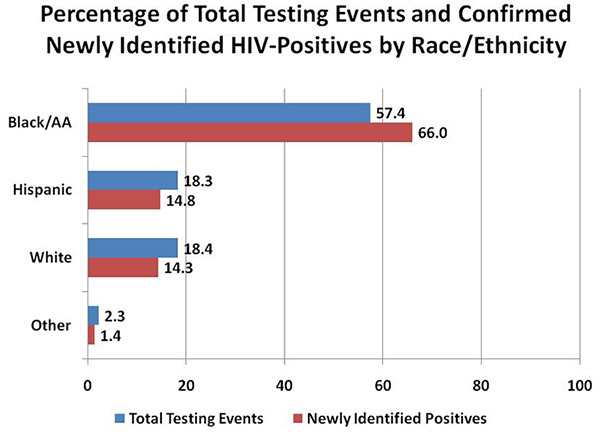 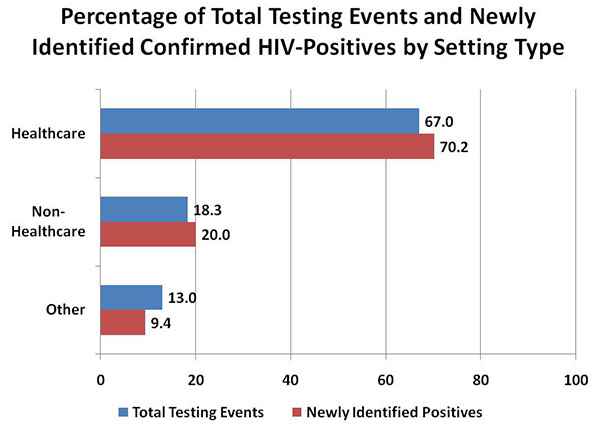 PS10-10138: Expanded HIV Testing for Disproportionately Affected Populations was intended to sustain progress made under announcement PS07-768 and expand routine HIV testing services to new clinical venues and reach a broader array of at-risk populations, including African American and Hispanic men and women as well as men who have sex with men and injection drug users regardless of race or ethnicity. In addition to the 25 previously funded jurisdictions, PS 10-10138 funding was awarded to five more jurisdictions—Alabama, Arizona, Illinois, Puerto Rico, and San Francisco. CDC’s new funding opportunity announcement—PS12-1201: Comprehensive HIV Prevention Programs for Health Departments—is intended to sustain progress made under announcements PS07-768 and PS10-10138 and extends eligibility to six additional jurisdictions.