Prevention with Partners of Persons with HIV 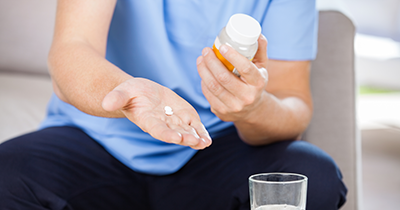 The listed documents provide guidance about services for sex and drug-injection partners of persons with HIV that can prevent or diagnose new HIV infections and link partners to relevant prevention, medical and social services. This guidance is intended for staff of health departments who provide services for partners, clinicians, HIV testing and prevention providers working outside of healthcare facilities, and HIV planning groups.

Additional Guidance to Funded-Grantees re: Partner and Spousal Notification of HIV Infection

Notification of HIV Infection The purpose of this guidance is to advise grantees of the Federal government’s policy regarding same-sex marriages in light of the Supreme Court’s ruling in United States v. Windsor, 133 S. Ct. 2675 (2013). In Windsor, the Court struck down as unconstitutional section 3 of the Defense of Marriage Act, which prohibited federal recognition of same-sex marriages and spouses. In keeping with the Supreme Court’s analysis and reasoning in that decision, CDC’s post-Windsor policy calls for treating same-sex marriages on the same terms as opposite-sex marriages to the greatest extent reasonably possible. This guidance sets forth application of this policy to the 2008 Partner Services Guidelinespdf icon issued jointly by CDC’s Division of HIV/AIDS Prevention and Division of Sexually Transmitted Disease Prevention. Tools for carrying out this requirement can be found in the Partner Service Providers Quick Guidepdf icon.

The 2008 Guidelines reference the Ryan White CARE Act Amendments of 1996. This federal law requires that states receiving funds under part B of title XXVI of the Public Health Service Act ensure that a “good-faith effort [is] made to notify a spouse of an HIV-infected patient that such spouse may have been exposed to the human immunodeficiency virus and should seek testing.” Under the Act, a spouse is defined as “any person who is the marriage partner of an HIV-infected patient or who has been the marriage partner of that patient at any time within the 10-year period prior to the diagnosis of HIV infection.” 42 U.S.C. 300ff-27a.

Effective immediately, any reference in the Guidelines and Tools to “spouse,” “couple,” or “marriage” now includes individuals of the same sex who are legally married under the law of a state, territory or foreign jurisdiction, as long as a U.S. jurisdiction would also recognize the marriage. In addition, all Guideline and Tool references to “family” or “family member” now include both those individuals described in the previous sentence as well as the dependents of those individuals’ marriages. This applies regardless of whether the couple now lives in a jurisdiction that recognizes same-sex marriage or a jurisdiction that does not recognize same-sex marriage.