A Neighborhood in Need 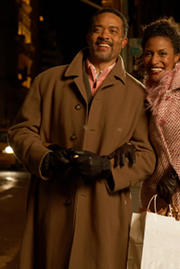 The Downtown-Westside area is home to Baltimore, Maryland’s historic commercial district. The neighborhood’s main attraction, the Lexington Market, is the world’s largest continuously-running market and has been a Baltimore tradition since its start in 1782. Today, the Market houses more than 140 merchants selling fresh and prepared foods and general goods.

However, the Lexington Market area faces some challenges. While preservationists have fought against the demolition of this historic neighborhood’s architectural treasures, many buildings remain underused or vacant. The Market still attracts nearly two million visitors a year, but the perception that the area around it is unsafe detracts from its history, character and potential.

The City of Baltimore and the University of Maryland, the primary property owners in the Downtown-Westside area, are exploring the idea of revitalizing the Lexington Market area by turning it into a mixed income, mixed use neighborhood and creating complete streets. The mayor’s office asked the Baltimore City Health Department (BCHD) to conduct a Health Impact Assessment (HIA) to identify health equity issues that might occur if the area were redeveloped. BCHD, a recipient of the Centers for Disease Control and Prevention’s “Health Impact Assessment to Foster Healthy Community Design” grant, began a rapid HIA on the area in March 2012.

“The mayor has publicly stated that she doesn’t want new development to erase the history, culture, and character of the Lexington Market area. She encouraged the HIA as a way to address the issues of equity that are inherent in development.” says Sarah Morris-Compton, Director of the Office of Policy and Planning at BCHD.

Getting community feedback is a key part of every HIA. The Downtown-Westside HIA team talked with neighborhood groups and conducted a series of workshops to identify local values and concerns related to the proposed redevelopment plan. They also got feedback from those who live and work near Lexington Market, and from vulnerable groups, including substance abusers and those receiving mental health services.

The HIA team learned that stakeholders’ main concerns centered on economic issues, walkability, and safety. “They were most interested in improving the immediate factors that impact their day-to-day life—violent crime and lack of job opportunities,” says Morris-Compton. “These factors can increase people’s risk for poor health.”

The team found that residents wanted to make sure that vulnerable groups living and working around the market would benefit from the new job opportunities and investment from the proposed redevelopment.

The proposed goal of the Downtown-Westside Redevelopment Implementation Plan, currently in the works, is to attract investment that would bring new job opportunities, healthy food choices and civic activities to the Lexington Market area.

To help reach that goal, the HIA recommends that developers seek to lease first to companies that hire Downtown-Westside area residents and provide training, benefits, and a living wage to their employees. The HIA also recommends that the City of Baltimore encourage all Downtown-Westside area businesses to hire locally, which would reinvest in the local economy and might reduce spending on social services and medical care for local residents.

In addition, the HIA addresses the plan’s goal of turning Downtown-Westside into a safe, welcoming place for pedestrians. Recommendations include landscaped medians, marked crosswalks, and weekly sidewalk cleanings. Because roads and parking cover 40% of the neighborhood’s surface area, the HIA also advises freezing development of new first-floor or surface parking lots, and converting the first floors of existing parking garages into childcare, fitness, or health services.

HIA: Giving Voice to the People

Community engagement is one key to the evolving success of HIA in Baltimore. “The energy in the room when we gather stakeholders together is powerful,” says Emilie Gilde, Shriver Peace Worker Fellow at BCHD. “All the issues they identify—you can tell that they’ve been really concerned about them for a long time, but there hadn’t been a place for people to express these issues before. HIA allows people to finally address them.”

Thanks to the HIA process, local residents are having a voice in decisions that directly affect their health and wellbeing. The work in Baltimore demonstrates how HIA grants from CDC promote health and the spirit of community in cities and towns around the nation.