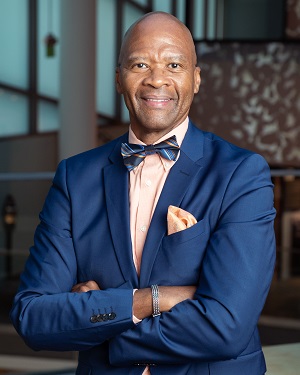 Dr Jack was appointed Editor in Chief of Preventing Chronic Disease in October 2016. He comes to PCD after serving as the Director of the Centers for Disease Control and Prevention’s (CDC’s) Division of Community Health (DCH) in the National Center for Chronic Disease Prevention and Health Promotion. Before leading DCH, Dr Jack held several academic and CDC leadership positions. Prior to returning to CDC, he served as Associate Dean for Research, Director of the Center for Minority Health and Health Disparities Research and Education; the Endowed Chair of Minority Health and Health Disparities Research; Professor in the Division of Clinical and Administrative Sciences, College of Pharmacy; and Professor and Founding Chair of the Department of Public Health Sciences, College of Arts and Sciences, at Xavier University of Louisiana. Prior to joining Xavier faculty and administration, Dr Jack held the Jim Finks Endowed Chair of Health Promotion and was Professor of Behavioral and Community Health Sciences at the Louisiana State University Health Sciences Center’s School of Public Health. He served as Associate Dean of the School of Health Sciences and Interim Chair of the Department of Behavioral and Environmental Health at Jackson State University.

At CDC Dr Jack served as Lead of the Applied Behavioral Research, Epidemiology, and Systems Team and Chief of the Community Intervention Section in the National Center for Chronic Disease Prevention and Health Promotion, Division of Diabetes Translation. He holds two adjunct appointments as Distinguished Professor in the Department of Public Health Sciences at Xavier University of Louisiana and Professor in the Department of Community Health and Preventive Medicine at Morehouse School of Medicine. Dr Jack has significant experience in scientific publishing, having served for four years as Editor in Chief of Health Promotion Practice, published by the Society for Public Health Education, and in 2018 was named Emeritus Editor in Chief. His areas of research expertise include sociocultural aspects of disease management, family- and community-based research, men’s and minority health, program evaluation, and psychosocial aspects of managing chronic diseases. Dr Jack completed his Master’s and Doctor of Philosophy degrees in Behavioral Sciences at The Pennsylvania State University.

Dr Jack has been recognized for his contributions in advancing the discipline of behavioral health, behavioral science, health education, and health promotion.  In 2011, he received the Society for Public Health Education (SOPHE) Distinguished Fellow Award, the society’s highest award recognizing individuals who have made significant and lasting contributions to SOPHE, the profession of health education, and public health.  In 2016, he received the Alumni Recognition Award from The Pennsylvania State University, College of Health and Human Development, an award given to an alumnus/alumna who demonstrates professional excellence and exemplary voluntary community involvement in a health and human development field. Most recently, in June 2022, CDC’s National Center for Chronic Disease Prevention and Health Promotion (NCCDPHP) awarded Dr Jack its highest honor, The Jeffery P. Koplan Award, which recognizes the extraordinary and sustained accomplishments of an individual who has contributed to achieving the mission of the NCCDPHP, as well as exemplary professional practice and leadership.

In addition to all of his accolades, Dr Jack is a down-to-earth, personable, and much-appreciated leader of the team at PCD.