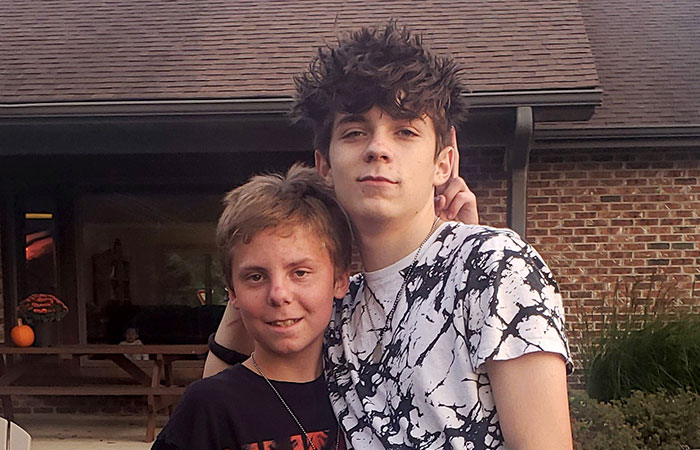 That was the extent of Matt’s and his wife, Anna’s, knowledge of hemophilia when they said “yes” to fostering Chris, a 7-month-old boy with the bleeding disorder. Matt and Anna didn’t know that Chris had severe hemophilia A (factor VIII [8] deficiency), nor did they know how to treat it. But as foster parents, their goal was to provide a loving, stable home for a child, so they said yes. In fact, they have fostered about 40 children over the years and have adopted 5. The foster agency they work with set up a meeting for Matt and Anna to meet with staff from the closest Hemophilia Treatment Center (HTC) so they could learn more about the condition and prepare for Chris’s arrival.

Like all parents, they were careful to avoid accidents while Chris was learning how to walk. Now that they had a baby with hemophilia, they tried to be extra cautious. Their local HTC said that if he hit his head, he would need to have a CAT scan (a type of x-ray that looks at the body tissues and organs in addition to bones) to make sure he didn’t have a bleed in his head. Not long after that as Chris was learning how to walk, he did bump his head. “Chris was ‘top heavy’ and trying to learn how to walk. I remember him bumping his head not hard at all on the padded recliner footrest and he had a big bruise forming within a few minutes.” They called the HTC and were told to take Chris to the local emergency room (ER) immediately for treatment. The HTC called the ER and let them know the family was on their way and needed immediate care. At that point, Chris did not have a port, which is a device that is surgically placed under the skin of the chest and connected directly into a large vein in the upper chest for treatment infusions (injections of medicine). Ports are sometimes used with children because their veins are small and can be hard to locate. So instead, they had to swaddle Chris in a blanket to hold his arms down while they infused (injected) his treatment. 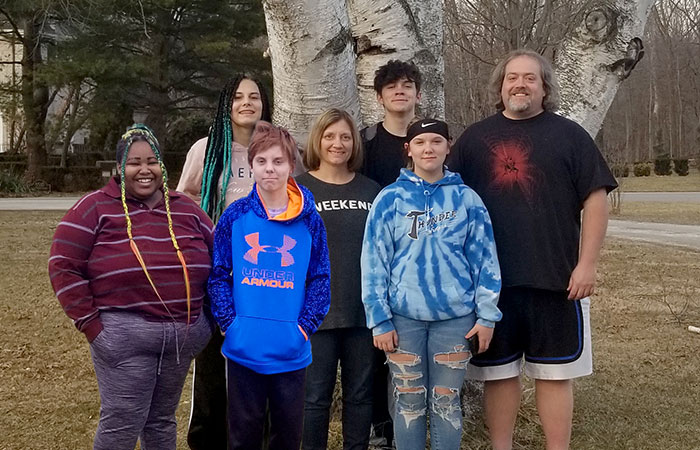 That initial call was almost 17 years ago and since then, Matt and Anna have adopted Chris and his younger brother, Xander. Over the years, they have taken their children to events with their local Hemophilia Federation of America chapter. From baseball games to bowling nights, the family has attended many fun events that also have an educational part to learn about bleeding disorders and how to manage them. Matt and Anna appreciate the opportunity for Chris, Xander, and their other children to build a community of friends. “They have gotten to make friends with people other than their brothers who have hemophilia.” These opportunities have helped their other kids learn more about bleeding disorders and what it’s like to have one.

Chris, Xander, and their siblings have also enjoyed going to summer camps for kids with bleeding disorders. One thing the boys are especially proud of is earning a “big stick award.” The staff at their camp (and many others around the United States) teach children with bleeding disorders how to be self-sufficient or to take care of themselves, and a large part of being self-sufficient is being able to infuse (inject) your medicine yourself, rather than going to an HTC or having someone else infuse the treatment. The “big stick award” is an engraved walking stick that is given to those who are able to successfully find a vein and give a saline (a mixture of salt and water) injection into their arm. “So, they go through training while they’re at camp. Then it’s a big deal when they get their big stick award. They bring the same stick back each year and [the camp staff] will brand the year onto the same stick, so [the campers] get to see how many years they’ve done it.” Both Chris and Xander have earned their own sticks and their siblings have as well. Needless to say, Matt and Anna have accumulated a “closet full of sticks” over time.

Matt and Anna have learned a lot over the years, both as foster parents and as parents of children with hemophilia. One thing they encourage other parents to keep in mind is, “It’s not the end of the world. In our day and age, bleeding disorders are able to be managed well and there are a lot of resources out there, both online and in person.”

CDC thanks Matt for sharing his, Chris, and Xander’s stories.