Women Can Have Hemophilia, Too

Hemophilia is an inherited bleeding disorder primarily affecting males—but females can also have hemophilia. Learn how hemophilia is passed in families, and read Shellye’s inspirational story about her journey toward a diagnosis and treatment plan for hemophilia.

More than 2,700 women with hemophilia A or B are entered in Community Counts’ HTC Population Profile, a public health monitoring program that gathers information about people with bleeding disorders who are cared for in HTCs in the United States. These women account for approximately 11% of the total hemophilia population receiving care at HTCs. Learn more about Community Counts.

Hemophilia can affect women, too

Below, Shellye, a woman living with hemophilia, shares her story about the challenges she has faced living with this condition. 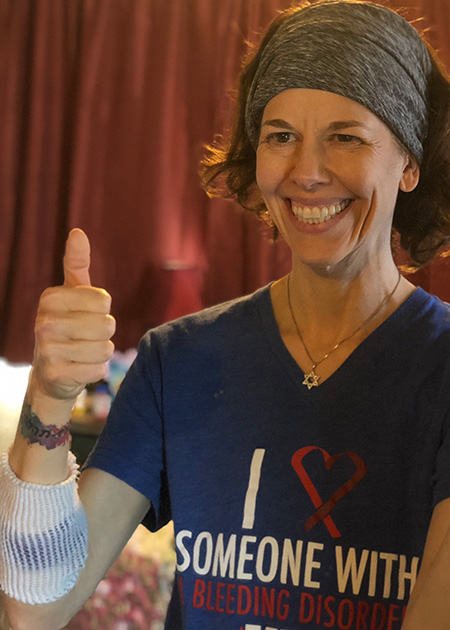 “Growing up, we understood that men had hemophilia and women were “carriers.” Women passed along the X-linked gene, but did not actually get hemophilia because (it was believed) that the “good X chromosome” compensated for the X chromosome that carried hemophilia. When women in our family struggled with bleeding issues, hemophilia was not even on the radar as a possible contributor or cause.”