Witness: The Photographs of Billy Howard 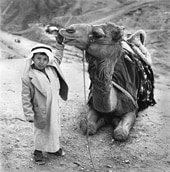 Witness features a selection of photographs by Atlanta-based photographer Billy Howard taken on assignment over the past 15 years while working with CDC; the CDC Foundation; CARE; and The Carter Center. Shot in such diverse countries as Ghana, Mexico, Kenya, and India, the photographs are a humanistic look at the faces of global health, particularly children.

Billy Howard is a documentary and commercial photographer and writer based in Atlanta, Georgia. He has published books on HIV/AIDS, children with cancer and people with disabilities and has produced exhibits on people with visual disorders and teenagers who have battled mental illness. He was a 2011-2012 Rosalynn Carter Fellow in Mental Health Journalism and received an Honorary Doctor of Literature Degree from St. Andrews College in Laurinburg, North Carolina.