A 25-year-old man with fever and myalgia presented to an urgent care clinic in Pennsylvania, and no travel history was obtained at that time. Blood samples were collected and images from Giemsa-stained blood smears (Figures A–D) were submitted to CDC for telediagnostic assistance. What is your diagnosis? Based on which features?

This case and images courtesy of PA Department of Health. 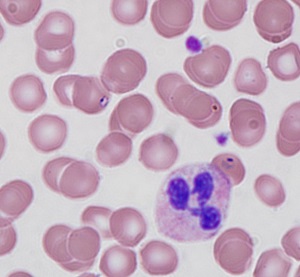 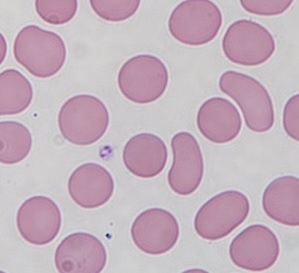 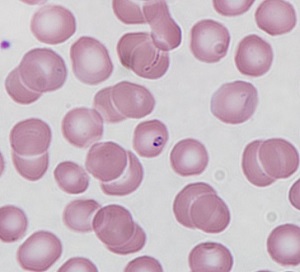 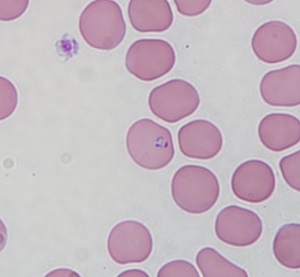 Using these images alone, it is best to conservatively report this case as Babesia sp. vs Plasmodium sp.  There are some features which raise suspicion for Babesia, such as history (case in New England), and morphological features such as the relative compactness of the parasites, the somewhat vacuolar appearance of one parasite (Figure A,  red arrow), and a structure which superficially resembles an extracellular parasite (Figure B, black arrow. However, this structure is a platelet, and lacks the distinct dark chromatin dot which should be apparent if it were an extracellular Babesia parasite).  Some of these features could also be found in cases of malaria, however there is no evidence of malarial pigment or non-ring stages in the images provided.

A definitive diagnosis between Babesia spp. and Plasmodium spp. is not possible with the information received in this telediagnostic request.

In this specific case, testing of the sample was required, and the original blood smear and sample were submitted to the CDC for diagnosis, as well as the needed travel history, which informed that the patient had recently traveled to West Africa.

Upon microscopy review of the entire slide, no macrocytosis of infected cells was seen, no mature trophozoites, schizonts or gametocytes were seen, and a single developing trophozoite with malarial pigment was found, which ultimately provided diagnostic evidence that this patient was infected with Plasmodium falciparum. Furthermore, PCR analysis of the blood sample provided tested positive for Plasmodium falciparum.

This case highlights the importance of travel history of the patient as well as detailed microscopy examination of the whole stained smear and PCR.

For more information on babesiosis.

For more information on malaria visit.