A 20-year-old male from Ghana presented to a hospital with flu-like illness, hepatomegaly, thrombocytopenia, a low absolute lymphocyte count (ALC), an elevated absolute monocyte count (AMC), and lymphocyte reactive forms. A blood specimen was collected to perform the BinaxNOW® Malaria Rapid Diagnostic Test (RDT) and to prepare thick and thin blood smears to be stained with Giemsa and examined. Figure A shows the result of the RDT. Figure B shows an example of what was observed on a thick smear at 1000x magnification with oil; Figures C–I show what was observed on a stained thin blood smear at the same magnification. What is your diagnosis?  Based on what criteria? 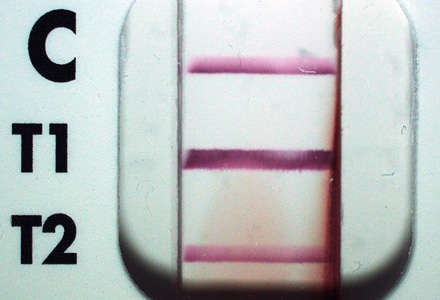 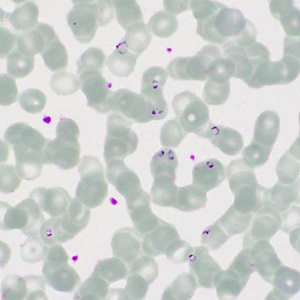 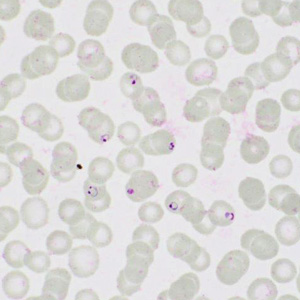 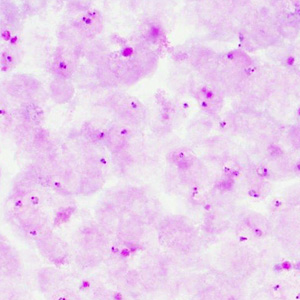 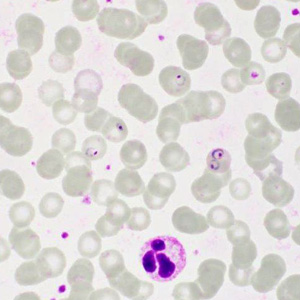 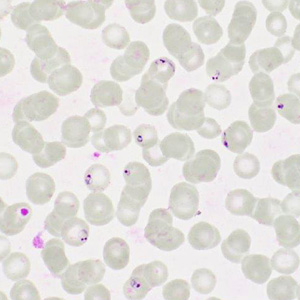 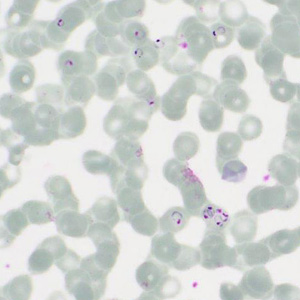 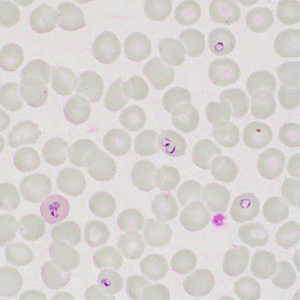 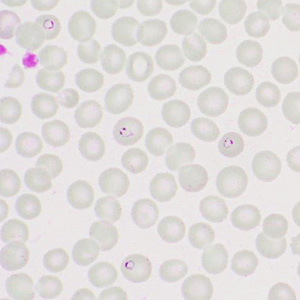 This was a case of malaria caused by Plasmodium falciparum. The diagnostic morphologic features shown included:

The result of the BinaxNOW® test was positive and allowed for timely treatment of the patient. Figure A showed that the Control line was present, indicating that the test was valid. The test lines T1 and T2 were both present and, according to the test insert, is indicative that the specimen was positive for P. falciparum or possible mixed infection of P. falciparum and another species. It is highly recommended that microscopic examination of stained blood smears also be conducted for confirmation. In this case, based on the morphologic features observed, only P. falciparum was present and there was no indication of a mixed infections with another species.

This case and images were kindly provided by the Cadham Provincial Laboratory, Manitoba, Canada.