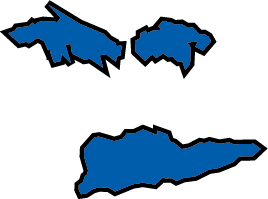 Records from weather stations in Puerto Rico indicate that the annual number of days with temperatures above 90°F has increased over the last four and a half decades. A number of extreme temperature events occurred in Puerto Rico during the summers of 2012–2014, when most days exceeded 90°F. During San Juan’s record heat episode in 2012, stroke and cardiovascular disease were the primary causes of death due, in part, to the elevated summer temperatures in the municipalities of San Juan and Bayamón.

Extreme events pose significant risks to life, property, and economy in the Caribbean, and some extreme events, such as flooding and droughts, are projected to increase in frequency and intensity. Additionally, a high concentration of population and critical infrastructure in low-lying coastal areas increases vulnerability to sea level rise and storm surge and magnifies the effects of coastal flooding and beach erosion. Increasing hurricane intensity and associated rainfall rates will likely affect human health and well-being, economic development, conservation, and agricultural productivity.

The health impacts across the Caribbean Small Island Developing States (SIDS) span a large range, including physical injury from wind and water during hurricane passage and during post-event rescue and cleanup efforts, heat-related injury due to loss of access to air conditioning and fans, inability to manage chronic disease due to loss of access to electrical power or medical services, and increased exposure to vector-borne diseases and diseases from contaminated water. Mental health impacts are also notable, as most survivors experience a high degree of psychological trauma during and after hurricane events.

Warmer conditions may have facilitated expansion of the geographic range of mosquito populations and potentially increased their capacity to transmit Zika virus. Zika virus can cause a wide range of symptoms, including fever, rash, and headaches, as well as birth defects. The outbreak began in South America and spread to areas with mosquitoes capable of transmitting the virus, including Puerto Rico, the U.S. Virgin Islands, Florida, and Texas.

Dependable and safe water supplies for the communities and ecosystems of the U.S. Caribbean, Hawai’i, and the U.S.-Affiliated Pacific Islands are threatened by rising temperatures, sea level rise, saltwater intrusion, and increased risk of extreme drought and flooding.

Puerto Rico and the USVI are projected to lose 3.6% and 4.6% of total coastal land area, respectively. Were such a rise to take place, Puerto Rico’s critical infrastructure near the coast would be negatively impacted, including drinking water pipelines and pump stations, sanitary pipelines and pump stations, and one wastewater treatment plant. In the USVI, infrastructure and historical buildings in the inundation zone for sea level rise include pipelines for water and sewage.

Studies show that major shifts in fisheries distribution, coupled with structural and compositional changes in marine habitats such as coral reefs due to climate change, adversely affect food security, shoreline protection, and economies throughout the Caribbean. Additionally, increases in average temperature and extreme heat events will likely have detrimental effects on agricultural operations throughout the U.S. Caribbean region. Climate change affects cattle ranchers and dairy farmers in the U.S. Caribbean by reducing productivity of rangeland, causing a shortage of nutritional feed, increasing heat stress on animals, and increasing energy costs for cooling.

Mental health impacts are also notable in the Caribbean SIDS, as most survivors experience a high degree of psychological trauma during and after hurricane events.

Urban areas are particularly vulnerable to extreme heat events, given the concentration of built structures, traffic, and other factors that drive the urban heat island (UHI) effect. Since the middle of the last century, urbanization and population growth have increased the UHI effects in San Juan. Such effects are becoming even more life threatening with a growing and more vulnerable aging population.

Through informal community focus groups and surveys, this project captured community-level knowledge and perceptions of climate change and water safety. Families from low-income communities in St. Thomas, St. John, and St Croix were invited to participate in educational focus groups wherein they were encouraged to discuss climate change, food and water safety, as well as extreme weather. Participants were then surveyed to assess their knowledge and perceptions of those topics leading to a better understanding of where future education should be offered. Compiled results informed climate and health adaptation and communication actions.