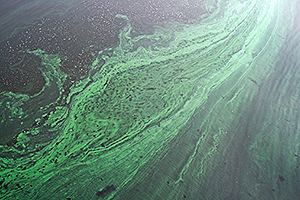 Diarrheal disease is a major public health issue in developing countries and, while not generally increasing in the United States, remains a persistent concern. Exposure to a variety of pathogens in water and food causes diarrheal disease. Air and water temperatures, precipitation patterns, extreme rainfall events, and seasonal variations are all known to affect disease transmission. In the United States, children and the elderly are most vulnerable to serious outcomes, and those exposed to inadequately or untreated groundwater will be among those most affected.

In general, diarrheal diseases, including salmonellosis and campylobacteriosis, are more common when temperatures are higher, though patterns differ by place and pathogen. Diarrheal diseases have also been found to occur more frequently in conjunction with both unusually high and low precipitation. Sporadic increases in stream flow rates, often preceded by rapid snowmelt and changes in water treatment, have also been shown to precede outbreaks. Risks of waterborne illness and beach closures resulting from changes in the magnitude of recent precipitation (within the previous 24 hours) and in lake temperature are expected to increase in the Great Lakes region as a result of climate change.