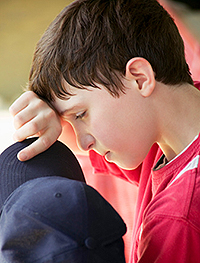 Extreme heat events have long threatened public health in the United States. Many cities, including St. Louis, Philadelphia, Chicago, and Cincinnati, have suffered dramatic increases in death rates during heat waves. Deaths result from heat stroke and related conditions, but also from cardiovascular disease, respiratory disease, and cerebrovascular disease. Heat waves are also associated with increased hospital admissions for cardiovascular, kidney, and respiratory disorders. Extreme summer heat is increasing in the United States, and climate projections indicate that extreme heat events will be more frequent and intense in coming decades.

Some heat-related illness and death risks have diminished in recent decades, possibly due to better forecasting, heat-health early warning systems, and/or increased access to air conditioning for the U.S. population. However, extreme heat events remain a cause of preventable death nationwide. Urban heat islands, combined with an aging population and increased urbanization, are projected to increase the vulnerability of urban populations to heat-related health impacts in the future.

Milder winters resulting from a warming climate can reduce illness, injuries, and deaths associated with cold and snow. Vulnerability to winter weather depends on many non-climate factors, including housing, age, and baseline health. While deaths and injuries related to extreme cold events are projected to decline due to climate change, these reductions are not expected to compensate for the increase in heat-related deaths.

Watch a short video about climate-related health effects from extreme heat, and what communities can do to prepare.