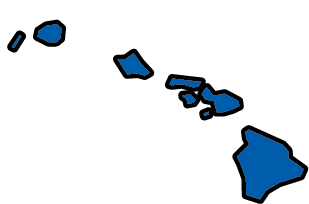 An increase in the incidence of vector-borne diseases such as malaria and dengue in the Pacific Islands has been linked to climate variability and is expected to increase further as a result of climate change. For example, in late 2013 and early 2014, Fiji experienced the largest outbreak of dengue in its history, with approximately 28,000 reported cases.

Dependable and safe water supplies for Pacific island communities and ecosystems are threatened by rising temperatures, changing rainfall patterns, sea level rise, and increased risk of extreme drought and flooding. Islands are already experiencing saltwater contamination due to sea level rise, which is expected to catastrophically impact food and water security, especially on low-lying atolls. Additionally, chronic water shortages are possible as rainfall decreases and both evaporation and the water requirements of a growing human population increase.

Away from urban areas, many island communities rely on food gathered from the ocean and land. Rising sea surface temperatures are shifting the location of fisheries. Ocean warming and acidification, coupled with damaging watershed and reef practices, converge on island shores to increasingly limit the food resources that can be gathered from the sea. In Hawaii, climate change impacts, such as reduced streamflow, sea level rise, saltwater intrusion, and long periods of drought, threaten the ongoing cultivation of taro and other traditional crops. These kinds of climate impacts lead to an increased dependence on imported food that is of little nutritional value. This is a public health concern for Hawaii and the U.S.-Affiliated Pacific Islands, as Indigenous Pacific Islanders have the highest rates of obesity and chronic diseases, such as diabetes, in the region.

Sea level rise imperils Indigenous communities of the Pacific. The sea that surrounds Pacific island communities continues to rise at a rate faster than the global average, with documented impacts on agriculture, coastal infrastructure, food security, livelihoods, and disaster management in the Republic of Palau and the Republic of the Marshall Islands. In Hawaii, sea level rise impacts on traditional and customary practices (including fishpond maintenance, cultivation of salt, and gathering from the nearshore fisheries) have been observed. Detachment from traditional lands has a negative effect on the spiritual and mental health of the people.

Indigenous communities of the Pacific have an inseparable connection to and derive their sense of identity from the lands, territories, and resources of their islands. Climate change threatens this familial relationship with ancestral resources and is disrupting the continuity that is required for the health and well-being of these communities (this experience is common to many tribal and Indigenous communities across the United States). Women have also been identified as a more vulnerable population to regional climate risks due to the role they have in terms of economic activities, safety, health, and their livelihoods.

To bolster capacity to address the public health threats associated with climate change, the Commonwealth of the Northern Mariana Islands (CNMI) Commonwealth Health Care Corporation planned and executed a climate change training for staff throughout the agency. This helped to build knowledge and expertise locally. In addition, the project team also developed a CNMI-specific health impact scoping report to assess the local risk of various impacts. Throughout the project, the team also identified and built relationships with key partners outside of public health, including other governmental agencies, who can provide expertise and input on climate and health work across CNMI.

The Federated States of Micronesia, Department of Health and Social Affairsexternal icon

This project aimed to assist the people of the low-lying islands in the states of Chuuk and Pohnpei in the Federated States of Micronesia with knowledge, skills and techniques to maintain a healthy island diet in a changing environment. The project consisted of educational workshops and hands-on exercises. In this collaborative project, local agricultural and diet-related knowledge and practices were paired with outside technical assistance (geographic information system training provided by CDC and ASTHO) to empower the communities on the low-lying islands to adapt to climate change with regard to food security and water management.