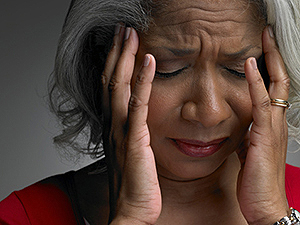 Mental illness is one of the major causes of suffering in the United States, and extreme weather events can affect mental health in several ways. Following disasters, mental health problems increase, both among people with no history of mental illness, and those at risk – a phenomenon known as “common reactions to abnormal events.” These reactions may be short-lived or, in some cases, long-lasting. For example, research demonstrated high levels of anxiety and post-traumatic stress disorder among people affected by Hurricane Katrina, and similar observations have followed floods and heat waves. Some evidence suggests wildfires have similar effects. All of these events are increasingly fueled by climate change. Other health consequences of intensely stressful exposures are also a concern, including pre-term birth, low birth weight, and maternal complications.

In addition, some patients with mental illness are especially susceptible to heat. Suicide rates vary with weather, rising with high temperatures, suggesting potential impacts from climate change on depression and other mental illnesses. Dementia is a risk factor for hospitalization and death during heat waves. Patients with severe mental illness, such as schizophrenia, are at risk during hot weather because their medications may interfere with temperature regulation or even directly cause hyperthermia. Additional potential mental health impacts, less well understood, include the possible distress associated with environmental degradation and displacement and the anxiety and despair that knowledge of climate change might elicit in some people.